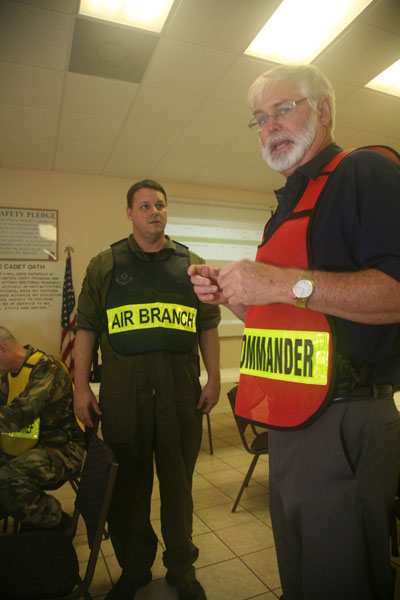 Training is high on the list of Civil Air Patrol activities as they can be called upon at any time to respond to local, regional, state or national emergencies. To assure high standards are met, the US Air Force (USAF) periodically tests each state Wing for mission effectiveness, referred to as a Search and Rescue Evaluation (SAREVAL).

Civil Air Patrol volunteer pilots, observers, and support staff members came to Marco to participate in training for the SAREVAL by conducting simulated search and homeland 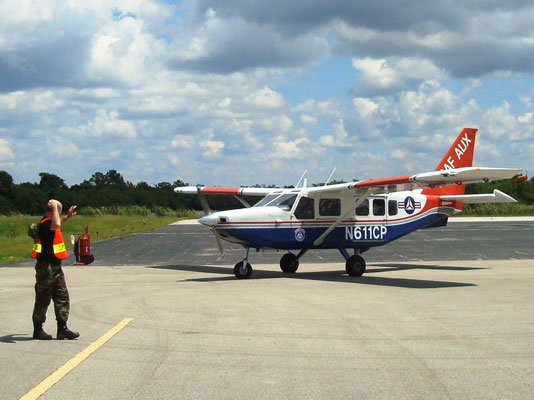 security missions that may be required in real emergencies. Some CAP members do it to gain flight experience and all do it to give back to the community, while keeping Florida safe from above.

They were preparing for emergencies. The aircrews (pilots and observers) were first briefed on the day’s weather and then on the missions they are to perform. Several sorties were dispatched, each with different aircrews so all could train in their specialties. On return, the crews are debriefed on their accomplishment of the proscribed mission. The planes are then refueled and made ready for the next sortie. Meanwhile, the support staff records the events and forwards the data to the overall mission Incident Commander.

“We are testing our abilities to do search and rescue, homeland security tasks, and assisting other federal 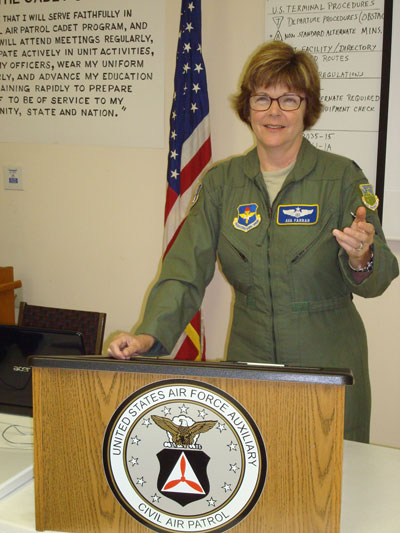 agencies for disaster relief,” Lt Col Ray Rosenberg, Marco Island Civil Air Patrol Squadron Commander says. “It was very intense. And every participant wants to demonstrate professionalism and every air crew wants to be a crew that accomplishes their mission.”

Civil Air Patrol, the official auxiliary of the U.S. Air Force, is a nonprofit organization with 58,000 members nationwide. CAP performs 90 percent of continental U.S. inland search and rescue missions as tasked by the Air Force Rescue Coordination Center and was credited by the AFRCC with saving 72 lives in fiscal year 2009. Its volunteers also perform homeland security, disaster relief and counter-drug missions at the request of federal, state and local agencies. The members play a leading role in aerospace education and serve as mentors to the more than 23,000 young people currently participating in CAP cadet programs. CAP has been performing missions for America for 68 years. For more information on CAP, visit www.gocivilairpatrol.com