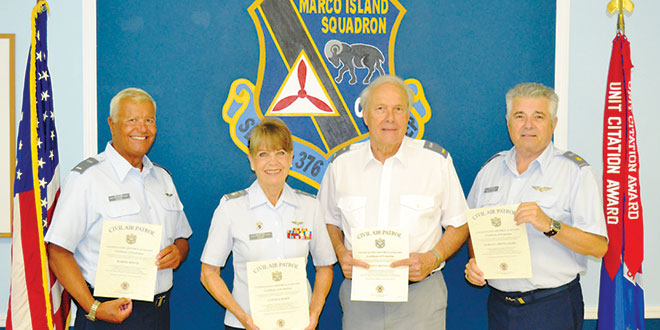 Several members of the Marco Island Senior Squadron, Civil Air Patrol (CAP) have recently advanced in rank, culminating with the advancement of Major Cindy Dohm to the rank of Lieutenant Colonel at the August 17th Squadron meeting.

A Promotion Ceremony honoring these advancements was conducted at the CAP hangar, located at the Marco Island Executive Airport on Mainsail Drive. In total, five members were recognized for their achievements. Advancing to Lieutenant Colonel, as mentioned above, is Deputy Commander Cindy Dohm; to the rank of Major, is Public Affairs 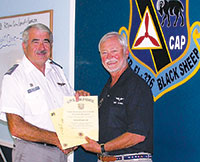 The Civil Air Patrol promotes members based upon length of service, accomplishments and professional development program studies – plus on the job training. New members begin their service as Senior Members and, upon completion of their required courses and volunteer service, can advance from Second Lieutenant to First Lieutenant, Captain, Major and Lieutenant Colonel. Members with previous military service can 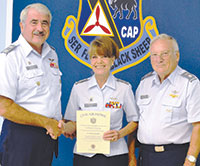 apply their experience and jump quicker up the advancement trail.

The Marco CAP Squadron, in conjunction with Collier County, conducts Wilderness Waterway and Coastal Patrols on a weekly basis to monitor and assist boaters and campers in distress. The patrol begins at the Seminole State Park boat launch, follows the wilderness trail down to Lostman’s River, and then returns back up the coastline along the Keys, out to Cape Romano and along the Marco Island Shoreline.