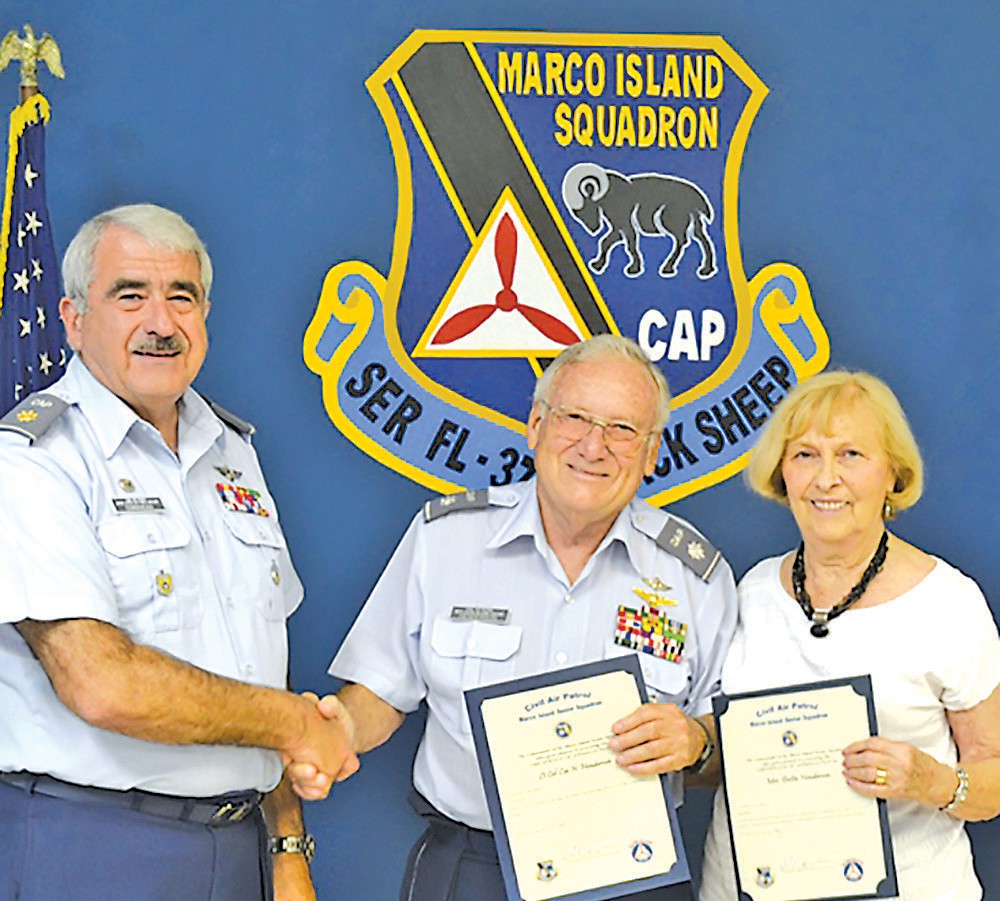 “We had a great turnout for Colonel Henderson’s send-off,” remarked public affairs officer, Major Marian Motyl- Szary. Lee and his wife Dottie are moving to Mississippi to be closer to family and Lee will be transferring to the Mississippi Wing later this month.

The Squadron meeting room was almost full and several members who could not attend sent in email messages with anecdotes and poems describing Lee’s service to the CAP and humorous events of his long career.

During the ceremony Dottie Henderson was honored for her dedicated support to her husband.

Members read Lee’s long and rich biography and many messages, anecdotes and facts about Lee’s service.

Colonel Henderson took the podium. He discussed his service and thanked the Squadron and the rest of the CAP organization for his successful career. As always, he punctuated his speech with his well-known booming laughter. 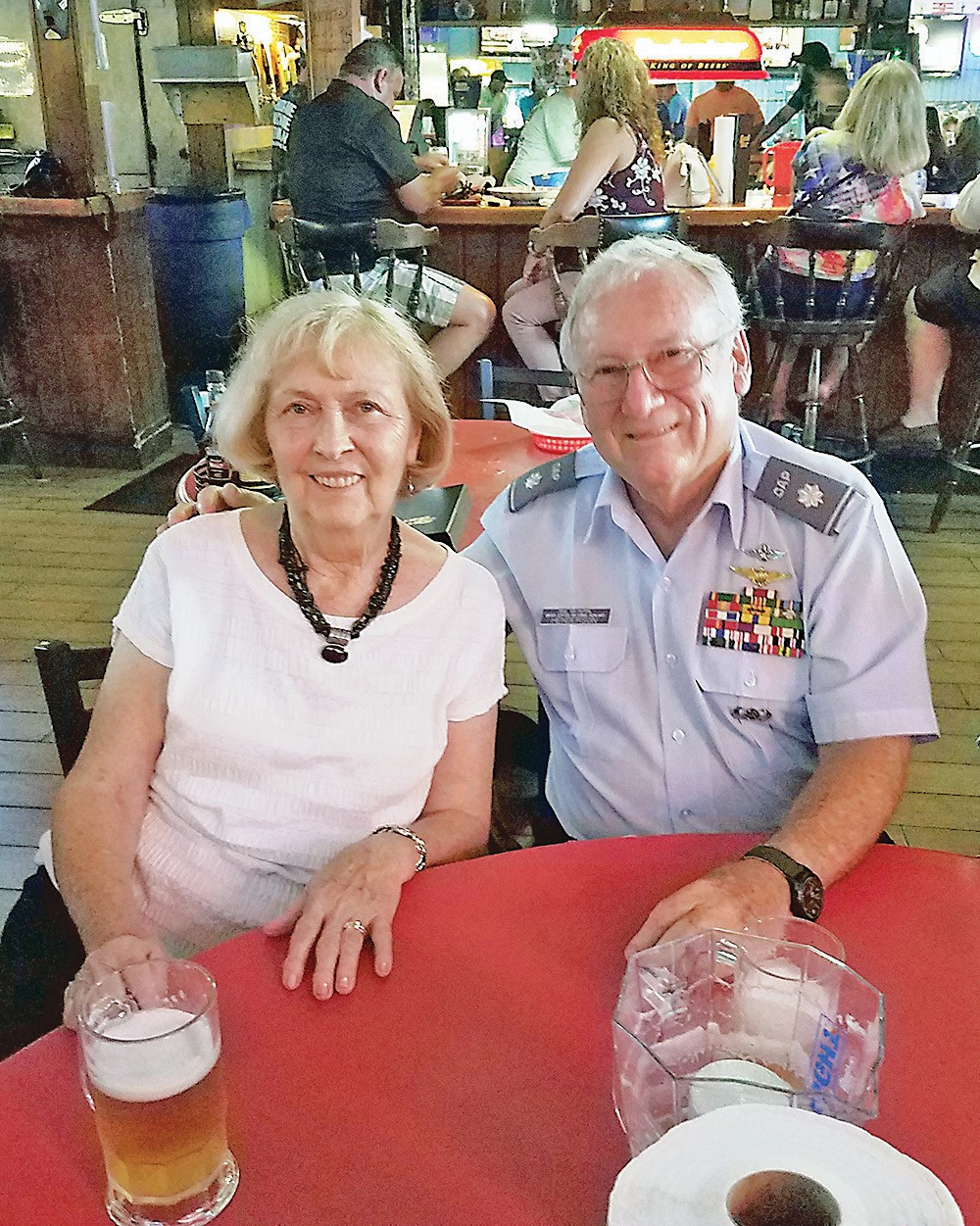 Dottie and Lee Henderson enjoy the reception at the Sand Bar. Submitted Photos

a difficult position of losing the then current commander, he accepted the position of Commander for a second time, from March 27, 2012 to July 15, 2014. Under Colonel Henderson’s leadership, the Squadron received a grade of Highly Successful for the February 2010 Subordinate Unit Inspection. Under his command, the Marco Island Senior Squadron received the Florida Wing Senior Squadron of the Year 2012. The Group 5 Commander recognized his leadership capabilities and asked Lee to transfer to Group 5 Headquarters FL-370 on January 18, 2015, where he presently serves as Group 5 Deputy Commander and Director of Operation.

Lee was born in Detroit, Michigan on September 6, 1938. He is a 20-year veteran of the U.S. Navy and has been a CAP member for 13 years. He has traveled on six of the seven continents (does not include Antarctica!), and piloted and navigated aircraft and yachts across all of the major oceans and seas of the world. He and his wife Dottie have three children and are long time Marco Island residents.

In concluding the ceremony and before adjourning to an informal reception at the famous Sand Bar, the squadron commander Major Robert Corriveau said, “The final thought from all of us is that Lee will be missed, but we all wish him and Dottie well on their new adventures in Mississippi.”