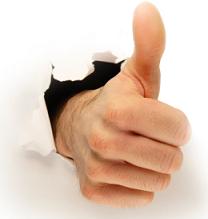 The City of Marco continues to close in on a settlement agreement with Quality Enterprises and with the U.S. Environmental Protection Agency (EPA). Major issues have been agreed to, all are double checking to assure that each party’s severable interests are satisfied in this single agreement package.

The water department juggles water sources from season to season to meet demand for drinking water. For the past two years, drought conditions have interfered with the routine process of water sourcing, storage, and subsequent treatment – in the spring and in the fall. In order to meet demand for drinking water, the water department has pumped water stored in ASR wells outside the scheduled boundaries. This was done with the verbal concurrence of a senior South Florida Water Management District official in Naples. Headquarters Water Management staff in West Palm Beach (during an audit) flagged Marco Island’s pumping outside the prescribed schedule.

Gretchen Baldus, in addition to her duties on GIS, is now responsible for the City website, and for the TV station broadcasts/Community Room A/V.

Liz Carr has been re-classified as Community Development Administrative Coordinator responsible to administer houses in foreclosure, provide staff support to the CRA Committee, and provide project oversight to the Hideaway Beach renourishment/T-Groin contract.

Ray McChesney has been designated as Fleet Manager, responsible to account for all City-owned vehicles and their usage.

Captain Baer is, in addition to his Police duties, now responsible for telephones throughout the City organization. His first effort will be to establish an inventory of all phones.

The City manager has commissioned a space study of the City Hall building the purpose of which is to lay out a “customer service center” on the first floor. People will have the ability to conduct any business with the City from permits to utility bills. Laura Litzan is directing this effort. Ideas would be appreciated.

No one may have a take-home car or vehicle unless their job requires them to make immediate responses off hours. Cars must be turned in.

Code Compliance personnel have relocated to the Police Building. Chief Carr will make a report soon regarding significant caseload reductions, and new “softer” approaches in communications with code violators.

Dennie Hamilton, Executive Vice President & Chief Executive Officer of LCEC visited Marco Island for  discussions of several areas of mutual interest. The most significant is an audit and analysis of the City’s electrical consumption. City Manager Jim Riviere advised that the cost of electricity was a significant element in our water/sewer department and that Marco would like to enlist the help of LCEC in reducing our large electric charges. Hamilton committed to conducting a usage analysis at both the north and the south plants.

Dr. Recker and City Manager Dr. Jim Riviere met with Dr. Dennis Thompson and Ms. Michelle LaBute of the District School Board of Collier County regarding Tract K. Each party expressed their goals and agreed to keep talking. As a part of the advancement of talks, there will be an Option to Purchase for Council consideration. The option is for minor consideration and would stand for two years. Should no further interest develop during the two years, Council could extend or retreat.

Dwight E. Steihl, President and CEO of Rose Packing Company visited Dr. Riviere. He is now over all that was and is Bill Rose. Riviere expressed the City of Marco Island’s preference that Rose Marina remains a full service marina in perpetuity. Steihl assured that the Rose family intended to keep the marina as it is. Riviere expressed a desire, should that change the City would like to have first opportunity to discuss the future of the marina.

For more up-to-date information on what’s happening at City Hall, go to www.CityofMarcoIsland.com