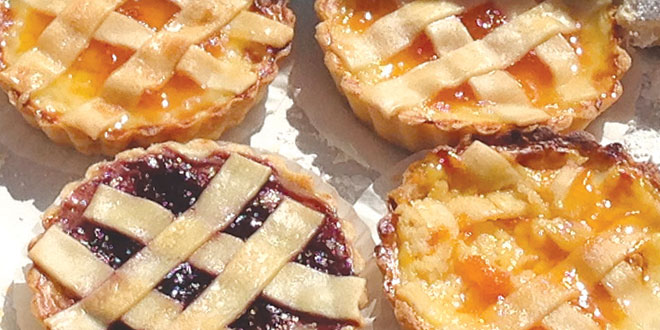 Bella Maria was among many food venders who participated in the Marco Island Farmers Market last season. PHOTO BY JAMIE BOZICNIK

What started out as a budget discussion about raising the vendor rates for the Farmers’ Market from $775 per booth to $950 turned into a debate about changing the overall vendor composition of the market, even limiting and excluding certain types of vendors, such as arts and crafts, jewelry, clothing, prepared foods and open-air food concessions.

At the heart of the discourse during a recent special meeting of City Council were the size of the market and the reported rising concern from local restaurants about the market’s “food court,” where a number of restaurants from all over Southwest Florida cook and serve food during the seasonal Wednesday market.

“The market has become a victim of its own success,” the city’s Recreation Facilities Manager and Farmers’ Market Manager Alex Galiana told councilors. “It is very much a destination now for local residents and people visiting.”

To be sure, the Marco Island Farmers’ Market has been a rousing success since launching. It started as a small produce market sponsored by a local church, but it quickly grew, moving first to Mackle Park and then to Veterans’ Park. When the city took it over, there were just 40 booths. 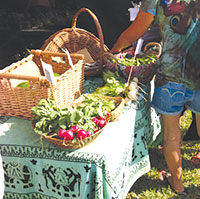 people visit Marco’s market each week during its operational months of November to April. It has become so popular that Trip Advisor has ranked it Marco Island’s No. 1 venue for shopping. It is among the largest Farmers’ Markets in South Florida, rivaling the Saturday market in West Palm Beach.

In a day and age when farmers’ markets are booming, this success is no surprise. According to the U.S. Department of Agriculture (USDA), demand for local foods reached $7 billion in 2012. That is nearly double since 2002. Further, between 1994 and 2012, the number of Farmers’ Markets included in the USDA National Farmers’ Market Directory nearly quadrupled to 7,864.

Still, it is this success that is causing heart burn for Marco Island’s City Council. “My concern is that we keep growing this,” Councilor Amadeo Petricca said during the meeting. “Parking is a real problem. My position is that we should limit it to a certain type of vendor and number of vendors.”

Council Chairman Ken Honecker agreed: “This started originally at the church for the migrant farmers to earn a couple of extra pennies. It was just produce and baked goods. I support a more traditional farmer’s market concept. No prepared food. No arts and crafts.” 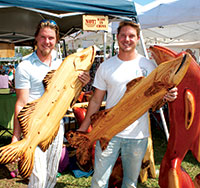 I don’t like the idea. We should scale it back, and I think it could continue to provide a unique experience on the island.”

Councilors Bob Brown and Chuck Kiester tread with more caution on the issue. “I understand the issues,” said Brown. “We need to figure out the maximum number of vendors we should be catering to, but how can you just manage one type of vendor versus another?”

Kiester suggested having city staff investigate the current scope of the market, and bring back to City Council a “very refined list of activities and vendors that (they) feel would be appropriate for a farmers’ market and eliminate those that wouldn’t. I don’t want to limit opportunities out there, but on the other hand, I think that this council is correct that we are getting away from the purpose of a farmers’ market.”

Galiana offered up some recommendations staff already had devised, namely requiring all open-air food concessions to package everything to-go. To help further quell concerns from local restaurants, staff also considered only allowing vendors who make types of food that are not readily available on Marco Island. “Is the type of food available on the island or not?” asked Galiana. “We want to give the customers some variety that isn’t available on island.”

While no one from the local business community spoke at the meeting in favor of these possible changes, there were some Marco residents who were clearly not happy about the discussion.

“I think you are throwing the baby out with the bath water,” Victor Rios told City Council. Rios talked about his experiences attending farmers’ markets across the globe and the wide variety of vendors and items available at those markets — everything from fresh produce to jewelry to clothing to antiques to a vast array of prepared foods.

He also pointed out the importance the market has taken in the overall local economy, about how when visitors come over the bridge to come to the market they spend the day and — more importantly — their money at local businesses, restaurants and attractions. “This is not a one size fits all situation,” Rios noted. “This is misguided. You are going to shoot yourself in the foot.”

Linda Turner, a member of the Calusa Garden Club, spoke in support of maintaining the flower vendors for the market. “They are farming families too,” she said. She went on to talk about the concerns of the restaurants, suggesting the city find a way to get more local restaurants involved in the market. “I like the whole atmosphere of the variety at the market,” she added.

In the end, City Manager Roger Hernstadt assured City Council that in the next Parks and Recreation Department Report there would be a discussion of reshaping the Farmers’ Market program.

“We will put together a program for you to bring back to another council meeting,” he concluded.