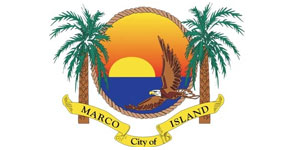 Last Monday’s Marco Island City Council meeting was a tale of two of councils. While the meeting was marked by decisive acceptance of a $500,000 grant to create artificial reefs, it also was mired in confusion over City Manager James Riviere’s performance evaluation.

Early in the evening, the council unanimously adopted a $500,000 grant from BP’s Gulf Tourism and Seafood Promotional Fund. The grant money will be mingled with similar BP grants awarded to the city of Naples and Collier County to fund a system of 36 artificial reefs planned to stretch along the southwest Florida coastline from northern Collier County to Marco Island. Each entity will be home to 12 reefs, with Marco Island’s reefs being planned for 12 miles and 25 miles off shore.

In all, BP awarded the three governmental entities $1.35 million.

“This will improve our fisheries, provide habitat, increase our fishing and diving options, boost tourism. We are creating a stable reef system that will go on in perpetuity, explains Nancy Richie, the city’s environmental specialist. Richie has spearheaded the city’s grant-writing effort and has represented Marco Island throughout the planning of the project.

During the meeting, Naples attorney Peter Flood, the mastermind behind the reef project, gave a presentation to the city council outlining the reef program’s master plan, its private-public funding partnership and the projected economic impact for the region. He emphasized that although the project’s price tag is $3.8 million no public funds will be used to make the artificial reef systems a reality.

Instead, a number of entities have already offered materials for reef construction, and private funds will be raised through a naming rights campaign for each of the 36 individual reefs. Through an alliance with the Community Foundation, private citizens can donate $55,000 to have one of the reefs named after them.

“(This) is a win for the ecosystem, and a win for our economy,” Flood told city councilors during the meeting. “This project will be funded by a mix of the grant money and private donor funds. It is very important to note that the goal is to not use any additional public funds and not to incur any additional financial pressures on any of the entities involved.”

The public certainly will benefit from the project though. According to a 2011 study by Florida Sea Grant and the University of Florida, artificial reef programs in Lee County bring in 1,350 people daily and created 575 new jobs. More importantly, the program leaves a $60 million annual economic footprint in Lee County. Conservative estimates indicate the Collier County-Naples-Marco Island proposed artificial reef system would provide a more than $30 million return on investment over time.

Flood concluded his presentation by telling the city council that the program has all of the material to get going. It is all over but the permitting and private funding at this point. “I think we can do it. I think it is going to get done. I am excited,” he noted.

The meeting took a very confusing turn about an hour later when the council began discussing the performance review for City Manager Riviere. Although the city currently has no generally accepted, formal method of evaluating the performance of its employees, this was the third time in less than a year Riviere had requested the council evaluate his work.

The results were all over the map, ranging from “average” to “outstanding.” While some council members felt Riviere’s two years of budget surpluses and departmental restructuring marked his tenure as a success, others felt his lack of credentials as a professional city manager and communication issues were signs that the city needs to embark on a search for a new city manager.

After close to an hour of discussion and oral evaluations by the city council members, all that was decided was not to give Riviere a two percent pay raise. City Council Chairman Joe Batte best summed up the palpable frustration in the council chambers.

“I am puzzled as to exactly what the hell we are doing here tonight,” stated Batte. We were to give an answer to whether supportive or not supportive, and here is what I have heard. I have no vote on this matter. I think he is average, I support him. So, I am really confused as to what we are doing. As an employee of this city, this man’s deserves more. He deserves firm answers.”

“Do you want him or don’t you want him. If you don’t want him, state why, but we are not doing that. We are kind of worming around the whole idea.”