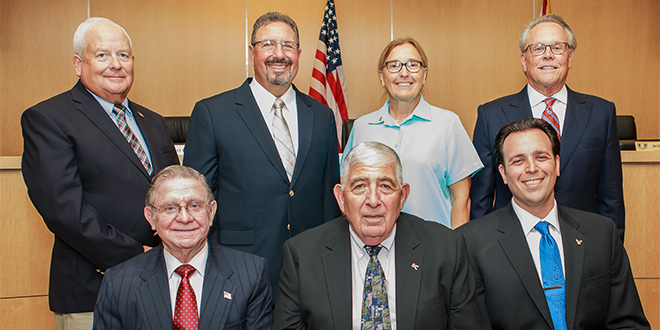 Immediately following the swearing in, the election of Chairman and Vice-Chair took place, with councilors Honig and Grifoni elected to those respective positions. After a short intermission for some light refreshments, the newly seated board jumped into their first full meeting as the governing body for the city.

After first rearranging some of the agenda for the evening, their first action of the night would be to honor the winners of the 2016 Punt, Pass and Kick competition recently held by the Parks and Recreation Department. Present for the awards were Savannah Drott, Jake Bruni, Lyndsay Lowdermilk and Jake Smith. Not present were Jack Bonos, James Burns and Bobby Leiti. 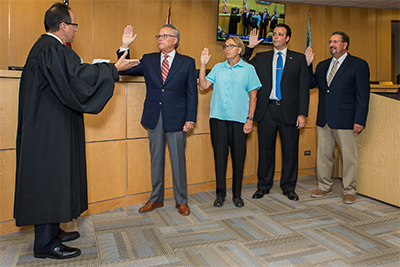 Honig suggested that Councilor Victor Rios be appointed to fill the vacancy on the Tourist Development Council, created when Councilman Larry Sacher’s term expired when he left office. The council unanimously agreed and Rios was appointed. The nine-member committee makes recommendations to the Collier County Board of Commissioners, relative to the use of Tourist Tax Revenues.

Council approved a second and final extension for a temporary use permit for Rose Marina, which is finalizing the first portion of its major facelift and modernization project for its facilities on Bald Eagle Drive.

Council also approved the second reading of the Fiscal 2016 Budget Re-Appropriation Ordinance. It was initially approved by the previous council, and all ordinances take two readings.

Chief Mike Murphy, of the Marco Island Fire Rescue Department, briefed the new council on a resolution which council would execute to enter into an agreement regarding mutual aid and closest unit response for his department. The new Computer Aided Dispatch (CAD) will enable an enhanced dispatch of assets to improve response time within the county as part of 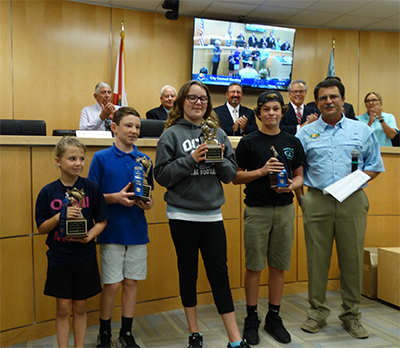 The meeting extended beyond the 9:30 PM cut-off, as new councilors sought much clarification on issues found within department reports. An extended conversation would ensue between councilors and Chief Murphy regarding the Fitch (the city’s consultant) report, which was previously distributed to council and is posted on the city’s website. Staff explained the benefits of proceeding to obtain a COPCN (Certificate of Public Convenience and Need) from the county. This could empower the city to provide its own emergency transport capabilities and control the level of service that is given by its paramedics.

A presentation was scheduled for the city’s consultants, followed by questions regarding the feasibility and the cost analysis.

The next council meeting will be held on Monday, December 5 at 5:30 PM in council chambers.