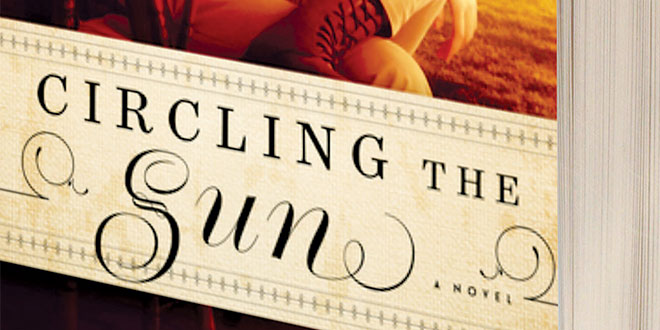 “For my part, I prefer my heart to be broken. It is so lovely, so dawn-kaleidoscopic within the crack.” – D.H. Lawrence

Although Circling the Sun begins with the transatlantic solo flight of female pilot Beryl Markham, the title does not refer to her flying exploits. Instead, “the sun” is Denys Finch Hatton, the lover that Beryl shared with her good female friend Karen Blixen, names familiar to those who know Out of Africa. Shortly into the flight, a lightning bolt over the icy North Atlantic sends Beryl’s memory back to her earliest home.

With her older brother Dickie, mother Clara and father Charles Clutterbuck, Beryl arrived in British East African Protectorate (later known as Kenya) in 1904. Her father had sold their family home in England to purchase 1,500 acres of farmland in the bush. Charles knew nothing of farming, since he was a horseman. After two years of utter misery, Clara took Dickie and left Kenya, promising 4-year-old Beryl a box of candy from Piccadilly. Although Clara kept that promise, Beryl would not see her mother again for almost two decades.

Charles was not an emotionally demonstrable man. There is no doubt he loved his daughter, but he simply could not answer her questions about when or if her mother and Dickie were coming back. So, little Beryl was adrift. Luckily for her, the Kipsigis families who lived in the forest on Clutterbuck’s land sensed her desolation and adopted her into their tribe, naming her Lakwet or very little girl. One wonders what their conversations within their camps must have been about this white woman who abandoned her child, an unthinkable act in their own culture.

Thus began my favorite part of this book, when Lakwet is soaking up the Kips’ love and guidance, learning their customs as well as the Swahili language, and forming what would be a life-long friendship with Kibii, son of the head warrior Maina. Although Kip females were strictly domestic, Lakwet was allowed to train along with Kibii, learning to throw a spear, to track and hunt, fashion and use a bow and arrow. Perhaps the Kip instinctively knew this child would need to fend for herself throughout her lifetime and they wanted to prepare her. She was also learning horse training from her father who had established himself as a reputable breeder and trainer.

When Beryl was 11, her father hired a “housekeeper” to look after the household duties and act as governess to his daughter. It wasn’t long until Beryl sensed that Mrs. Orchardson was acting more like Charles’ wife than a housekeeper. Not knowing quite how to share her home or her father with another creature, Beryl decided the best strategy would be to follow and track her movements and learn the best way to defeat her, akin to tracking. After a few months, Mrs. Orchardson gave up trying to teach Beryl and a series of tutors were hired, none of which survived Lakwet’s tactics of dead snakes in their beds or other such warning signs. Mrs. Orchardson, however, refused to relinquish her “housekeeper” position and her hold on Charles Clutterbuck tightened with each passing day.

Having defeated the string of tutors, Lakwet was feeling proud and victorious. Her father took her on a train trip that combined business and a visit with old friends, the Elkingtons. She reveled in her alone time with him while he regaled her with Greek myths, poetry and helpful hints on how to deal with wild beasts. After settling business in Nairobi, they went on to Kabete to visit the Elkingtons who had a pet lion named Paddy which was allowed to roam their home and their land. While the grownups enjoyed their beverages on the veranda, Beryl ran out to enjoy and explore the grounds, at which time she encountered Paddy. He bit her from calf to mid thigh and was taking seconds when Bishon Singh, her father’s horse groom, along with six or seven of the Elkington grooms, came to her rescue.

Beryl’s recovery process was long but rather luxurious, other than some pain. For six weeks, Mrs. Elkington waited on her hand and foot, bringing her an endless supply of luscious food and treats. When she finally was able to return home to Njoro, she regaled Kibii and other Kip boys with the story of her lion encounter. They were suitably impressed and envious. But in the retelling of her encounter and recovery, Beryl realized something more important than having a foot up on her Kip friends – a terrible thing had happened to her and she had survived. She felt invincible and confident that she could handle anything that came her way in life.

It wasn’t long before the next challenge presented itself. Her father and Mrs. Orchardson (“Mrs. O”) decided she must go to school in Nairobi and learn to be a lady. After two and half years, she was discharged 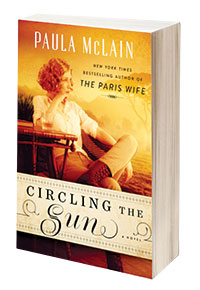 from the school. World War I was in full bloom and in Africa that meant the English had their hands full fighting off German encroachment onto their territories. Everything changed. Everyone’s horses were taken for the war effort and most of the workers went off to fight and defend the King.

One of the most important relationships of Beryl’s adult life was made at that school in Nairobi when she met Doris (Dos) Waterson. Not only did she learn from Dos that Mrs. O was still married but that Mr. Orchardson, an anthropologist, had fallen in love with a Nandi woman and gotten her pregnant. Beryl was still unsure of her own parents’ marital status, so now she was seeing that in the world’s eye, the adults in her home had not only been humiliated by their respective spouses but were now themselves living in an unmarried state. Scandalous was now added to her vocabulary. Her first lesson of the adult world.

Eventually, Beryl was given a coming out party on her sixteenth birthday. She met Denys Finch Hatton briefly while taking a smoke break. He and another young man she was chatting with were quoting poetry to each other. Her heart was not won by anyone at that party, but it shortly became clear that the purpose of the party was to get Beryl out of the house. Her father had taken a job in Cape Town and would be leaving with Mrs. O. Reluctantly, she became the bride of Jock Purves, a new farmer to the area, a man almost twice her age. The marriage was a disaster and Beryl left even though Jock refused her request for a divorce.

The adult phase of Beryl’s life was filled with ups and downs. She was Lakwet in her spirit and heart, but in reality she had no money and few resources. Jock refused the divorce for years. In the meantime, she depended on friends’ hospitality and her horse training skills to get by. Eventually after her second marriage she even found herself involved in a scandal involving two British princes.

During her horse training years after she left Jock, she met Karen Blixen for the first time and Denys Finch Hatton again.

Her affair with Denys spanned several years, with long periods of separation. When Karen was visiting her mother in Denmark and Denys was living at her farm, he would not see Beryl at Karen’s house, but in the cottage down the road. Both claimed to and perhaps did love Karen. However, when Karen finally relented and gave her husband the divorce he wanted, Denys refused to marry her.

As I was reading the last two-thirds of the book, the adult phase, I found myself not liking most of these people, including Beryl, but was still fascinated by them. She wanted to be independent, but the structure of society and her own financial condition did not allow for that. Her marriages and all her relationships with men, except Denys, were based on financial need. Despite her efforts to be her own woman, she was defeated at every turn. Horse training jobs would be pulled at the last moment and the horses given to another trainer who would get credit for the derby win. She learned to fly because she loved it but also because she felt she would be able to earn a living from it, as she did for a number of years. She wrote a memoir, West with the Night (the Collier County Public Library has it) in 1942, which sold a modest amount of copies. Ernest Hemingway called it “…a bloody wonderful book.” Later, it was republished in time to lift Beryl out of a life of poverty for the final few years of her life.

She was indomitable. She may have had financial difficulties periodically, but her life was never dull. She was adopted by the Kipsigis as a four-year-old, bitten by a lion at age 12, in her 20s was dining with British royalty, and in her 30s was flying a record making transatlantic solo flight.

Circling the Sun is a beautifully written book with interesting characters. McLain’s admiration for her subject shines through on every page. Her descriptions of the land, the native people, the animals, dangers and beauty of the bush are so vivid that I could see every scene in my mind. I was casting the movie as I went along (which is my personal mark of excellence), along with the fact that days after I finished the book I was still thinking about the characters. Rating: 4.25/5.0. Available 07/28/2015, at the Collier County Public Library.