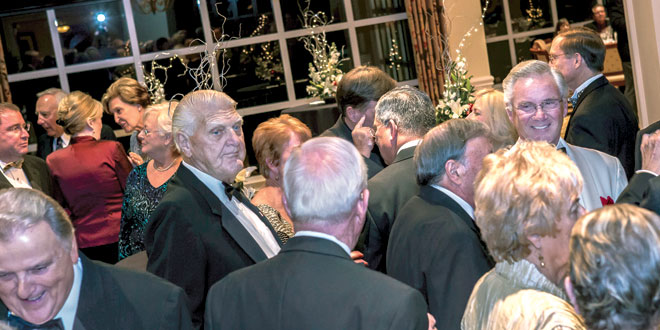 First, it was Thanksgiving Day. All the wonderful foods, desserts and the tradition of watching football consumed us over the holiday weekend. Then we would found islanders scurrying around to merchants on the island and over the bridge, in search of that elusive great deal on Black Friday, as the unofficial first day of holiday shopping season began.

For many Marco Islanders and their youngsters, it was Friday night at the Shops of Marco that would have them focusing on the aerial delivery of Santa for his first official visit to Marco Island this year, kicking off the 2012 Holiday Season in grand style.

Like a rock star couple, Mr. and Mrs. Claus made their spectacular entrance at exactly 6:00 PM under the watchful eye of both the Marco Island Fire and Police Departments, which stood by to welcome the celebrities back to Marco for a quick visit with parents, grandparents and children of the island.

Several hundred bystanders came early to get a good vantage point and patiently waited and watched for the inbound arrival of the ever popular holiday couple as the helicopter circled the landing zone in the parking lot of the Shops of Marco. London Aviation Chief Pilot Joe Fragione was in contact with Christmas Island Style Chairman Steve Stefanides on the ground and received wind speed and direction information as he circled to the delight of both children and adults.

When given the green light from the ground, Fragione made a precise final approach and touchdown right on schedule to the cheers and delight of all present. After a few moments to cool down the engine Santa and Mrs. Claus were escorted to the waiting crowd where they mingled with store owners and families to thank them for coming out, before proceeding to one of the shops where they posed for pictures with island children, which has become a tradition over 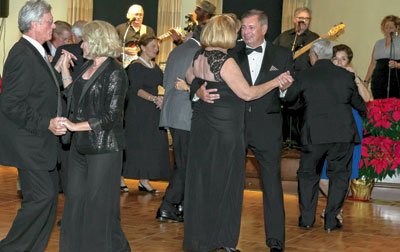 Although Santa is traditionally the big draw, the Raven 44 helicopter was a close second as Chief Pilot Fragione welcomed spectators with an interest in the gleaming white and blue helicopter. He answered questions and helped youngsters into the pilot’s seat so excited parents could get a picture of the possible future pilot in their family.

Attendees were also entertained by local favorite musician JRobert, along with Steve Reynolds. Each shop provided various special offerings and a raffle for the Joy of Giving was held to support the local charity which provides holiday support to families in need.

The next big event for the Christmas Island Style committee will be the lighting of the community tree on Saturday, December 1, at 6:00 PM. If you’re planning on attending you should bring lawn chairs and dress accordingly for a great night of entertainment at the Veterans Community Park on Park Avenue.

On Tuesday, December 4, dress up your canine in his or hers’ finest holiday attire as the Second Annual Canine Christmas Parade is held at the Esplanade starting at 5:00 PM until 7:00 PM. You can have photos of you and your pet, get advice on grooming, boarding and general health information from professionals in the field and prizes will be awarded for the best dressed canines.

On December 5, at 7:00 PM, the Sicilian Tenors will be making a return engagement to the San Marco Catholic Church presenting a program called “Christmas Amore.” Ticket information can be obtained by calling Kathleen Reynolds at 404-6733.

The Island Theatre Group will be presenting a Christmas play called the “Bethlehem Project” at the Marco Historical Society’s Rose Hall from December 6 through 9, and it is free to the public. For times and additional information please call Pat Berry at 394-0080

What would Christmas be on Marco Island without a festive boat parade? This year the parade will be held on 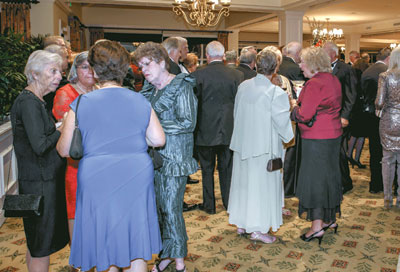 December 8, starting at 6:00 PM. There is no fee for entry and applications for the parade can be found by going to the www.christmasislandstyle.com or by calling Steve Stefanides, Chairman of Christmas Island Style at 250-8348

On the 11th of December, Christmas Island Style will be paying a holiday tribute to all of the nation’s veterans with a concert and special speaker at the Marco Island Historical Society’s Rose Hall. The event will begin at 6:30 PM and is free of charge. Light refreshments will be served courtesy of the Coastal Breeze News, which is sponsoring the event. This year, Classic Transportation will provide for those cannot drive themselves.

On the 14th of December, young and old alike will be treated to a free holiday movie in the park. The movie will be shown near the community tree at Veteran’s Community Park starting at 6:00 PM.

If you want a day full of fun, start out Saturday the 15th of December at Veterans Community Park at 11:00 AM as Christmas Island Style, in conjunction with the Marco Parks and Recreation Department, sponsors “Snowmania” for Marco Island children. The event will involve games, food and of course the chance for Marco kids to play in the snow.

Later in the evening, Marco will kick off its annual Street Parade at 6:30 PM. The route is the same as in previous years and will proceed down San Marco Road from Balfour to the intersection of Barfield. Visit the Christmas Island website at www.christmasislandstyle. com to download your application. Entry into the parade is free and all groups, churches or businesses are encouraged to participate.

Islanders will have no shortage of wonderful events to watch or participate in during the month of December, so come on out and enjoy the wonders of the holiday season together.