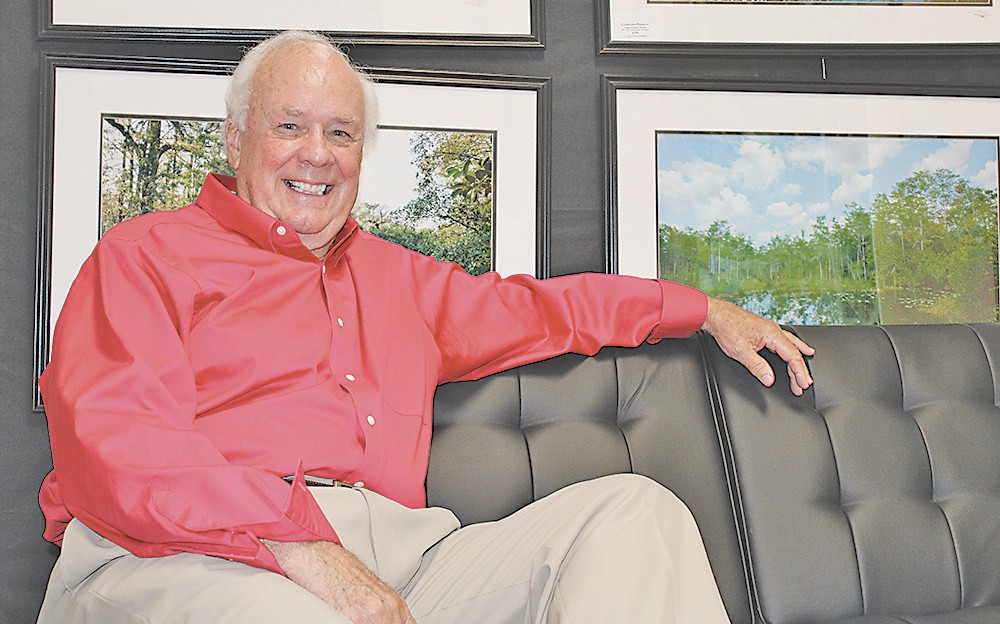 Photographer R. Clark Lindberg in his studio-gallery at the Marco Island Center for the Arts. Photos by Don Manley

Ever had your picture taken with an iconic European scene in the background?

If the answer is no, R. Clark Lindberg can make that happen for you without leaving the familiar setting of Marco Island.

The well-known photographer on the island and throughout Collier County has set up operations on the second floor of the Marco Island Center for the Arts. There, he has a small gallery displaying his creations that also doubles as a portrait studio featuring a portable, green-screen backdrop.

Long popular for producing commercials and movies such as “Avatar,” a greenscreen or blue-screen backdrop allows for the placement of a new background in the finished film or photo.

“Between the lighting and the controlled environment, there’s no wind to worry about,” said Lindberg, who’ll teach a class in the technique this summer at the Center for the Arts’ Young Artists Academy. “I can take pictures in the studio with the green-screen background, kind of the Hollywood approach, then I can put the individual into whatever background they want to use. If you want a beach picture at sunset, you don’t have to get your feet all sandy. It’s a fun, unique twist on portraiture.”

A Lely Resort resident, Lindberg is a 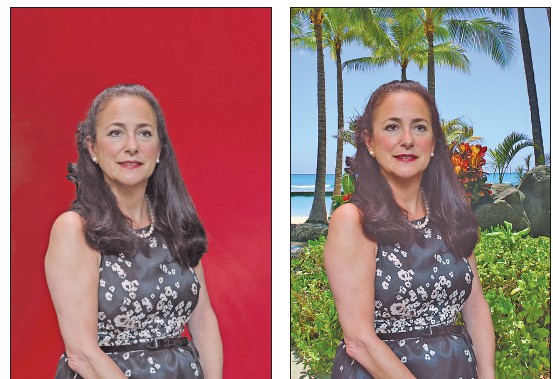 Hyla Crane, executive director of the Marco Island Center for the Arts, poses for a portrait with a crimson-colored, green-screen in the background; Any background can be superimposed, such as this tropical setting. Photos by R. Clark Lindberg

retired CPA who was a partner in the accounting firm, Ernst and Young. His passion for photography began more than 50 years ago when he was in middle school. He began working professionally in the field before finishing high school, something he continued during his accounting career.

The president of the Marco Island Foundation for the Arts and Naples Art- Crafters, he also has a studio at the Local Color Art Gallery in the Shops of Olde Marco. Lindberg is a member and juried artist with the Florida Professional Photographers, the state’s largest professional photography association.

His Art Center studio opened in March in a room formerly occupied by what was a little-used library. Each wall now grabs the eye thanks to the samples of the photographer’s work they display. Many of the pieces are photographs Lindberg shot during his overseas travels with his wife Elaine and while they lived in Europe, prior to his retirement.

There are rural scenes from Ireland, Italy’s Tuscany region and the French portion of the Basque region it shares with Spain. There’s also a night shot of St. Peter’s Basilica in Rome. Southwest Florida is also represented, with photos from Corkscrew Swamp and local beaches. 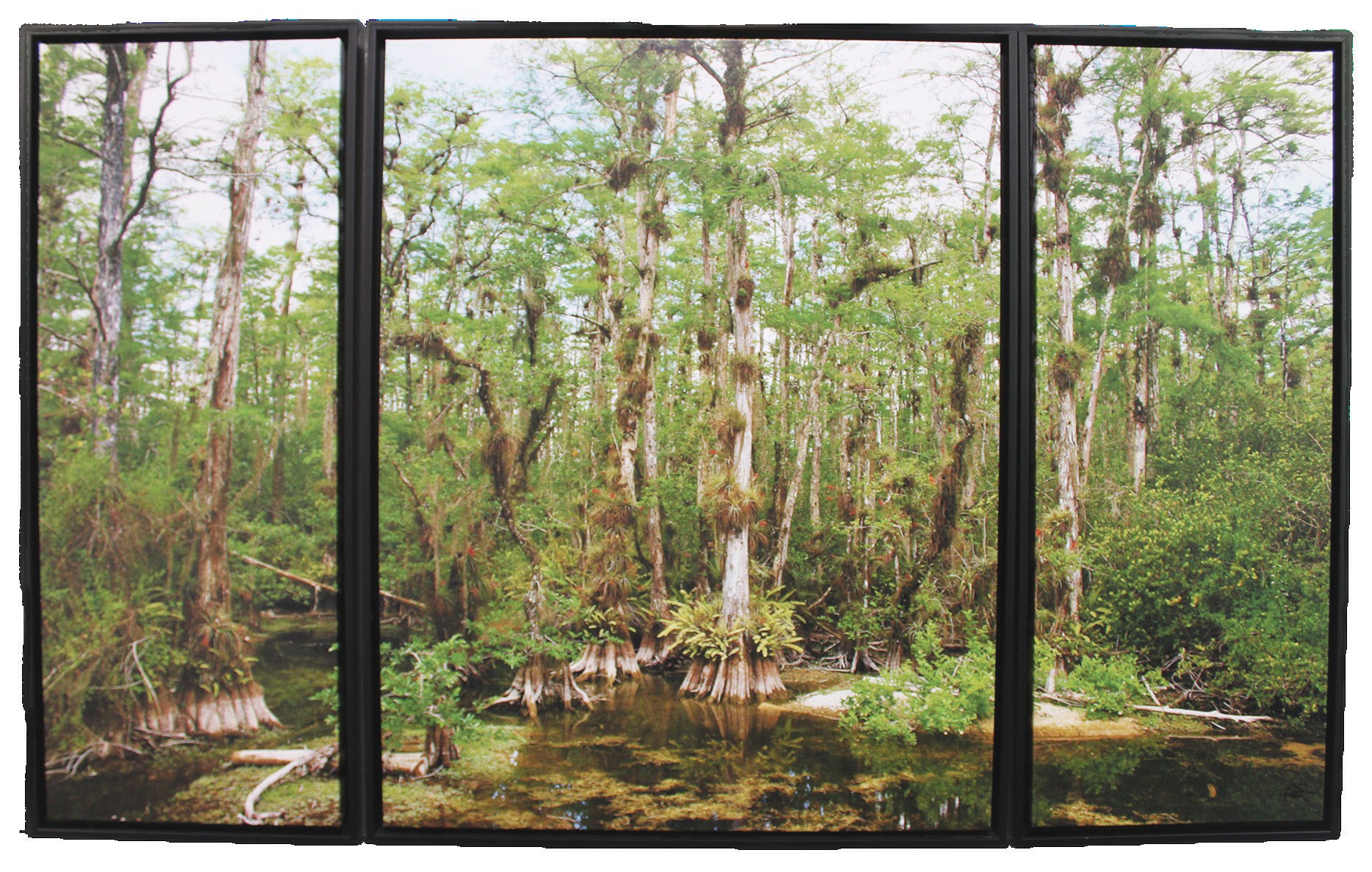 A triptych comprised of shots from Corkscrew Swamp, photo by R. Clark Lindberg.

I show a basic selection of photographs, different types of formats and presentations, framed, unframed,” said Lindberg, who also makes custom prints, upon request, such as the framed, sevenfoot wide triptych (a technique that spreads a single image across three canvases or showcases a series of related images) he did recently which was shot from rooftop of a Hammock Bay highrise at sunset.

“Whatever individuals want with respect to size, whether they want it on canvas, framed or unframed; if they want a standard print, matted or unmated, or if they want it on metal,” Lindberg added. “I can even make prints on marine plywood, so you can mount the canvas outside and hose it down if you want. There are a lot of alternatives and I try to make them all available to meet the requests people have.”

He also offers what he describes as “economy prints using poster frames to make things more affordable for people.”