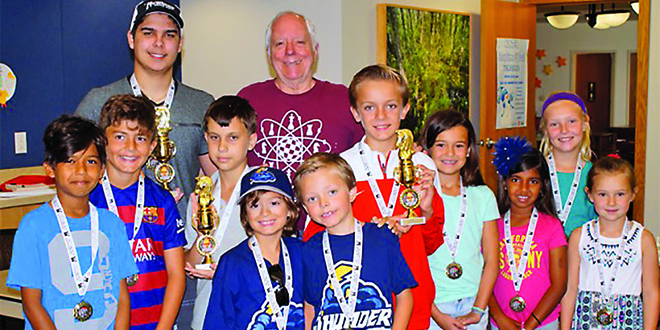 The second Chess K-12 tournament had 12 competitors on Saturday, February 25. After four rounds there was a tie between Lely High School tenth grader Michael Curiale and Alex Sousa, a fifth grader at Tommie Barfield Elementary (TBE). In round two their game was a draw, while they each won the other three. So, their score was 3 1/2 – 1/2. For third place there was a tie between TBE fifth grader Tyler Mastrangelo and Charles Haunschild, a first grader, also at Tommie Barfield. Tyler and Charles each had score of 3-1. The ties were finally resolved with play offs.

Each Saturday at the Marco Island Public Library, chess players will be preparing for the next big tournament on March 25. The plan is to have five rounds with five trophies. All participants will receive a special chess medallion.