Charlie Mike: A True Story of Heroes Who Brought Their Mission Home 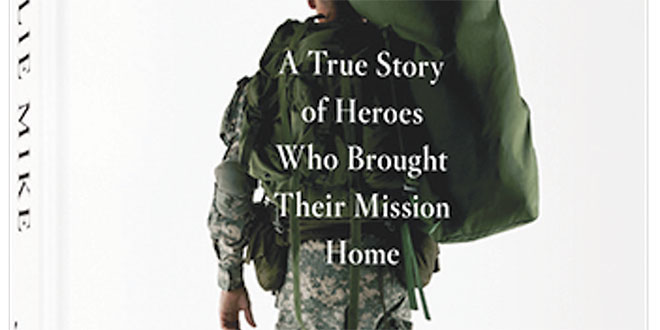 “Charlie Mike” is not the name of any person, but military shorthand for “continue the mission.” This is the story of some veterans from America’s 21st century wars and their reorientation to civilian life.

Navy veteran Eric Greitens was the initial driving force behind the organization that grew to be named “The Mission Continues.” His life had been filled with a desire to achieve excellence in all things, academics, sports, martial arts, leadership, and service, military and otherwise. That innate urge led him to carve a way for veterans of his generation to transition back to the civilian world. Eric’s ideal of “warrior” and all that entailed convinced him that veterans needed not only to be of service, but also needed the camaraderie of fellow veterans while doing so. Many felt isolated from the civilian population and struggled to fit in. Give them a mission/purpose with other vets and they could heal each other and hopefully decrease the astronomical rate of suicide and emotional dysfunction among the men and women who had served.

Jake Wood, a Marine veteran of Afghanistan, and his buddy Clay Hunt, were on their way back from volunteer service in post earthquake Haiti, on a plane to Miami, when they found Eric’s advertisement in “Outside” magazine. He was looking for veterans who wanted to be part of a force that used their military skills for service to others. Jake and Clay had just completed a remarkable experience in Haiti and both knew they wanted to help at another disaster zone in the future. To their surprise, they found the Haitian people gracious and grateful for the help that they brought. They saw no evidence of the havoc that was described on broadcast TV and in other media.

That was the opening for Jake and Eric to 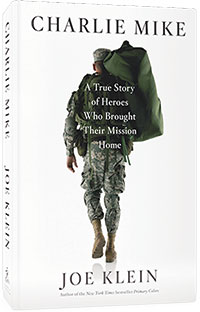 join forces. Team Rubicon, focusing on disaster response, and The Mission Continues, the larger organization with a wider scope of service projects result. The Mission Continues has its own website and presently has a large number of corporate sponsors, celebrity board members, and thousands of veterans in its membership. Klein documents the beginning and the extraordinary lives of the men and women involved in this project.

I found this book eminently readable. Klein writes well, packs a lot of information into these pages, and his deep respect and admiration for the people involved in this organization are evident. At times I found him a bit too emotional, but that is just a matter of opinion. It is a book about people who have been to hell and back, some still with one foot in hell, so know that you will alternately cheer and tear when you read their stories. Not all make it back to civilian life. There are undiagnosed traumatic brain injuries, post traumatic stress (which one psychiatrist refuses to call a disorder because PTS is a normal reaction to an abnormal situation), and the incredible stress of dealing with the Veterans Administration and their byzantine application process. There are broken relationships among the veterans as well as veterans and their loved ones. There is also heroic generosity of spirit backed up with action. The biggest surprise to me was to learn how these combat veterans felt about the people and places where they were deployed.