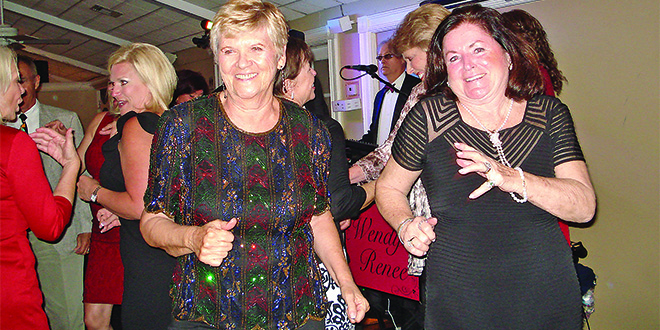 Marco Island’s Bistro Soleil was a shining star of the season as the Marco Island Area Chamber of Commerce recently held their Christmas Gala. Guests enjoyed a delicious meal at tables adorned with the creations of Marco Island Florist & Gifts, and danced to the sounds of the Wendy Renee Duo.

The holiday spirit was alive with anticipation and suspense as the crowd awaited the presentation of three annual awards. The names of the recipients had been kept secret with only a few knowing their identity.

The Lifetime Achievement Award was presented with the unveiling of a portrait of the recipient, painted by artist Jj Stinchcomb. Marco Island resident Bill Young was honored with the award for his dedication and service to many causes, including the American Cancer Society and the Marco Island Academy. He humbly accepted the award with a laugh, saying, “I don’t understand the selection process, 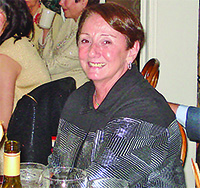 Photos by Maureen Chodaba: Pat Rutledge, Volunteer of the Year

Pat Rutledge, best known for her dedication to the Marco Island Historical Society, received the Volunteer of the Year Award. A member of Leadership Marco Class of 2014, Rutledge encouraged the crowd to share their individual talents and interests for the good of the community, saying, “Volunteerism is at the very heart of Marco Island. Find your passion.”

Dianna Dohm of the Mutual of Omaha Bank received the Citizen of the Year Award. If you have attended any charitable event on the island, you have seen Dianna Dohm. Her generous spirit has touched many causes, including the Kiwanis Club of Marco Island, Meals of Hope, Marco Island Civic Association and the Marco Island Fire Rescue Foundation. Dohm is a member of Leadership Marco Class of 2016.

Throughout the evening, the Chamber remembered two individuals who were past recipients of the Lifetime Achievement Award. Monte Lazurus and Dick Shanahan have both passed away, but their service and dedication to the community will never be forgotten. The impact of their efforts will live forever in the heart and soul of Marco Island.

The Marco Island Chamber of Commerce wishes you and yours a wonderful holiday season and much success in 2017.