Center for the Arts Presents… 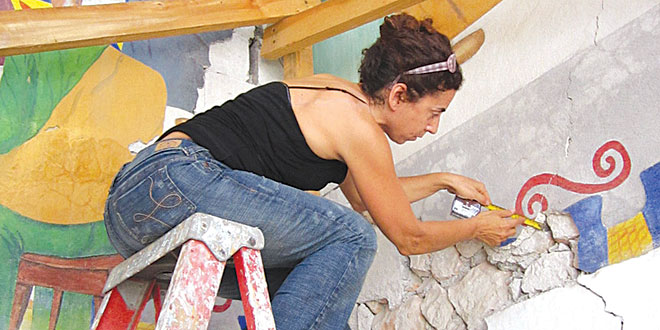 The Marco Island Center for the Arts will hold its second in a series of four lectures on February 28, from 1:30 to 3:30 PM. As the eighth location to be designated a part of Florida Gulf Coast University’s Renaissance Academy program, the center will feature speaker Viviana Dominguez, who has worked as an art conservator-restorer since 1983.

The impact of World War II on various art treasures lead to the creation of a new profession: Scientific art conservation and restoration. Fixing, repairing and mending these treasures became a critical part of sustaining our cultural heritage, and microscopes, spectrometers and x-ray machines became the tools of the trade.

Ms. Dominguez will take you around the globe, via a PowerPoint presentation with on-the-scene photographs, to explain the role of today’s conservator and to describe her own experiences in reclaiming works of art from the devastating effects of war and/or natural phenomena. A question and answer period will immediately follow the lecture.

Ms. Dominguez has just returned from New York City, where as a member of a conservation team called in after Hurricane Sandy, she directed the recovery of the Chelsea art galleries, as well as the Martha Graham Foundation Collection from the waters of the Hudson River.

She has worked with major museums around the world including the Smithsonian Institution and continues to serve as a consultant on the Smithsonian’s Institute of Haitian Culture Recovery Project, preserving Haiti’s cultural artifacts from the devastating 2010 earthquake. Ms. Dominguez is responsible for the first conservation program established at the university level in Buenos Aries, Argentina, and frequently teaches seminars on conservation for both public and private international clients.

The cost of this lecture is $25. Coffee and tea will be served. Two other programs are scheduled for this season: On March 28, singers from Opera Naples, along with their piano accompanist, will perform selections from their past performances; and on April 25, Lynn Holley, the Center for the Art’s Executive Director, will deliver a speech entitled “The Dance of the Muses: From Las Vegas to the Louvre,” on how the Greek Muses have affected great artists, all of us, even Las Vegas.

For more details on either program, contact the Center at 239-394-4221 or visit www.marcoislandart.org.