CELEBUDOG: The best of TWJ 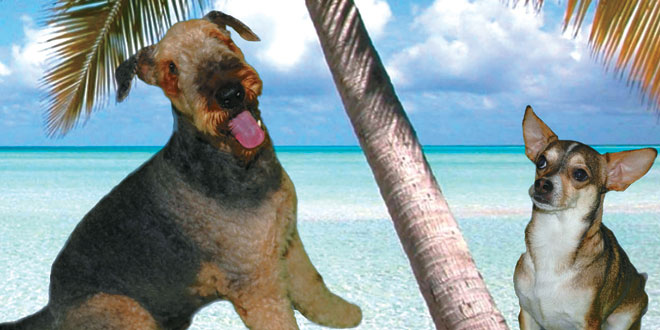 Each year, as we enter into the holiday season and begin to reflect upon the year behind us, many of us serious journalists “Best of” ourselves. Though I would like to believe my readers have committed every piece of my sage advice to memory, even I wag my tail a tad harder at revisiting some of my more clever 2012 bon-mots.

As for 2013 and my upcoming 11th Birthday, don’t you worry—there’s life in the old dog yet.

On Covers Ups
As dogs, we are predisposed to being “naked.” However, we do not need to see you naked—ever. Yes, you think you can get away with it because what are we going to say—right? Well, what we’re really thinking is: ever heard of The Gap? BUY SOME CLOTHES and close the gap between my aching eyeballs and your bare bottom, please.

On Chihuahuas
As for this new creature in my house, I simply refer to him as “The Chihua.” True, he may technically be a member of a breed known as “Chihuahua” but, in my view, the second “hua” is awkwardly repetitive. After all, I’m not called an “Airedaledale” and I hate to waste time.

On the United Parcel Service
In the past few months, I have discovered how to open the front door— unassisted. Yes, I may have surprised my fair share of UPS men, but I now provide additional value to my household. I have also learned that, when shocked, “Brown” can do very little for you but stare.

On Human Vanity
What’s up with this thing you humans call Botox? I don’t know a single self-respecting dog who would consider taking such a non-essential step. For example, can you just imagine what a Bloodhound would look like after Botox injections? Yes—you’re right—Bruce Jenner.

On Telecommuting
And to

you paranoid work-at-home humans: do you really think the house is going to self-destruct without your presence? Relax! The days of Lassie may be long gone but if Timmy is dumb enough to fall in the well—and you’re not here—Timmy can simply wait until you get home.

On History
True, the Mayflower departed Plymouth, England in September 1620. However, as the breed of Airedale did not even exist until over 300 years later, the beginning of “history” corresponds to the dawn of the Airedale subsequently deflowering the Mayflower as “hull and void.”

On Exercise
As a rule, humans are a fairly sedentary bunch. Even my Short Daddy has been quoted as saying he wouldn’t run unless he was being chased by a crazy man with a chainsaw—and then he claims he’d wait to see if he could talk the man out of doing bodily harm before making tracks.

On Canadian Expats
For the most part, American humans are too lazy to learn more than one language. Though most Floridians speak English, and a few lucky ones (like me) speak Spanish too, I’m not sure that many Southwest Floridians speak fluent “Canadian.” Eh?

On Celebrity Obsession
We dogs prefer to get involved. We see a car whizzing by and our natural instincts are car chasing as opposed to the human desire for star chasing. For reasons I will never understand, bi-peds often seem happiest when their motor skills are focused on moving their mouths and not their legs.

On being Tony Wakefield-Jones
I have a daily routine that suits me just fine: eat, sleep, poop, answer questions from ostensibly clueless humans that will be put into print by Coastal Breeze News, and repeat. It’s a pretty great life.

Tony Wakefield-Jones is a 10-year-old psychologically gifted Airedale. He can be found on Facebook at facebook. com/tony.wakefieldjones. A member of a family of creative thinkers, his Short Daddy, Randall Kenneth Jones, can be found on twitter at twitter.com/randallkjones.