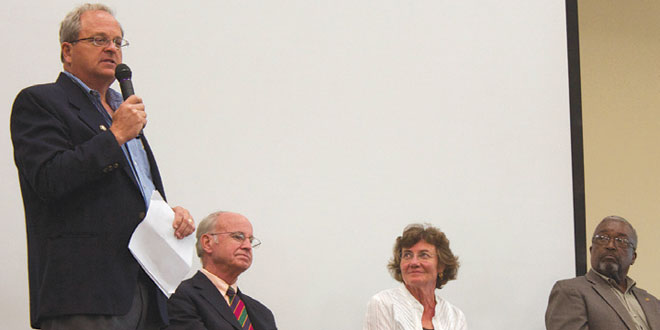 The evening was held at North Collier Regional Park and promised four guest lecturers from four prominent cities within the county. Lodge Mckee spoke of the development of the City of Naples, Fred Thomas spoke about Immokalee’s history and Coastal Breeze columnists Craig Woodward and

As emcee of the evening, Gruszka introduced the four lecturers with the understanding that each had eight minutes to speak, “and it would be timed with an egg clock. Seriously!” Gruszka said as she held up the clock.

Fred Thomas and Lodge Mckee gave informative lectures about their cities, from Seminole beginnings or from a group of friends carving out a piece of paradise for themselves, they

Many signed up to become Friends of the Collier County Museums.

enthralled the audience, both running over the eight-minute egg timer buzz. But Gruszka was quick to cut them off and move onto the next.

Patty Huff spoke about Everglades City. She spoke of her “love of the quaintness of the town” when she moved to her piece of paradise on the water there in 1994. She explained that Everglades City was the original County Seat and Courthouse; how it became a fishing village; and how it then became a tourist destination. Patty owns and operates “The Mullet Rapper” publication in Everglades City. It is accessible online at www.evergladesmulletrapper.com. Patty has also written the “Buzz from the Swamp” column for The Coastal Breeze since its inception. 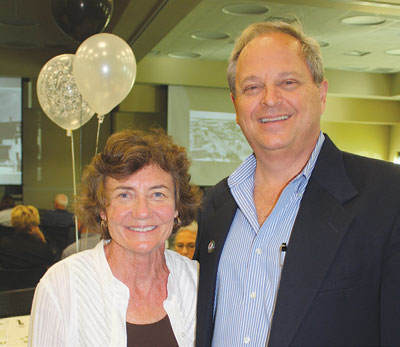 local historian and long-time local lawyer. He spoke of the “four things that make Marco special,” but jokingly warned, “I’m an attorney and I never get anything done in eight minutes.” He briefly discussed living on Marco for 45 years now – half the age of the county, as he pointed out with some comical dismay. He went on to talk about the Calusas and their ancestors; how Indian Hill is the highest point in Collier County; and how the Marco Cat dig was of such significance. He hit on the beauty of the island with it’s white, crescent-shaped beach, the Ten Thousand Islands to the east and Rookery Bay to the north. And then the egg-timer went off. Craig moved through history and location, but never had a chance 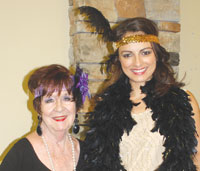 to enthrall the audience on points three or four.

However, those who live on Marco Island need not be reminded of those points, to be sure.

Cake was cut, spirits were high, Ponce de Leon made an appearance in full armor and local authors were on hand to sign and sell their books. This included one Betsy Perdichizzi, well known on Marco Island for her historical portrayal of Tommie Barfield as well as her book written on the iconic woman.