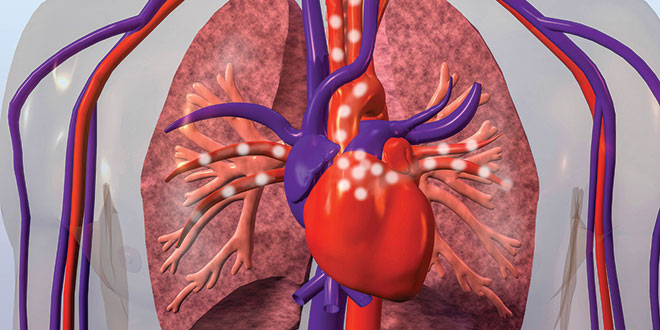 The essence of any healthcare institution – beyond all the statistics and accolades from third-party evaluators – is the heroic daily effort to save individual lives. I was reminded of this recently by Karen Floulacker, one of our most experienced interventional radiology technologists, who wrote me the following:

“I have written to you in the past regarding numerous concerns. I now would like to share what we, in our family, consider a divine intervention.

July 30, my 55-year-old brother-in-law suffered a sudden cardiac arrest at home and survived. Some may call it coincidence, but I believe there was a higher power involved.

Ron had just returned from a business trip and wasn’t feeling well. Ron didn’t look well but refused to go to ER or urgent care. My sister heard agonal breathing, and Ron was unresponsive. She dialed 911 and ran to ask neighbors for help. The neighbors—a firefighter, an EMT and a nurse—Sergio and Cristy Deleon along with Muney Gattas administered life-saving CPR. The ambulance arrived within minutes, delivered two shocks, CPR and transported him to NCOL where he was placed on a breathing machine and stabilized for transport to NCH downtown for a “Code Save a Heart.” At NCH, Ron had his cath and stents placed to open his clogged arteries. Dr. Silvio Travalia and the Cardiac Cath lab team are to be commended for their expertise and compassion. Steve Cooke (Chief of Cardiac Cath) runs an excellent department!

Ron is now recuperating at home, wearing his “Lifevest” prior to getting an AICD. But for the grace of God the outcome could have been devastating. Ron remembers my friend, Chris Raphael, North Naples Assistant ER Director, talking to him the whole time with encouraging words. ER RNs Tracy Britto and Liberty Uy-Franklin cared for Ron and rode with him in the ambulance as did Mike Callahan, from Respiratory. All involved were amazing! I am proud of my coworkers and that I work at NCH.

Thank you, Dr. Weiss. So many people today say ‘I am so blessed’ that I feel it’s sometimes just words. But we do truly feel this way. My family feels that Ron’s job here is not yet finished and I think we are all benefiting from what has happened to him. If you would like to share this, I would be honored.”

The rest of the story was that RNs Marcine Smith and Judy Braun with Registered Cardiovascular Invasive Specialists Jeff Mays and Randy Cole seamlessly cared for Karen’s brother-in-law during the life-saving transfer in the Cath Lab. Dr. Robert Pascotto also came in emergently to consider bypass surgery.

Heart disease, of course, is the leading cause of death for both men and women. NCH’s Code Save-A-Heart Program was begun in 2000 to stop a heart attack as quickly as possible. We treat 120-150 patients each year. The results have been remarkable. Cardiac mortality in Collier County is much lower than in other communities. Collier County’s Emergency Medical Services (EMS) Chief Walter Kopka and his team collaborate beautifully with NCH. We track the time from the 911 call to when the heart attack is stopped (that is, when flow in the coronary arteries is reestablished) in the cath lab, and that total time is under 100 minutes. That’s outstanding, considering that it used to take 90-120 minutes just from the front door of the ER to opening the artery.

As with all of our services, the cardiac care program’s journey is continuous, and we’re not resting on past achievements. We are now developing with Chief Kopka and his team “Life Net,” a system able to send an EKG from EMS in the field to the ER or a physician’s mobile device.

NCH is proud that it has received much encouraging recognition for its outstanding cardiac care service and team. But we take even more pride in the knowledge that every day, there are more heroic stories of individual lives being saved by the competent and compassionate professionals of NCH Healthcare.

In September 2006, Dr. Allen Weiss was appointed president and CEO of the NCH Healthcare System, a 715-bed, two-hospital integrated health care system. NCH is one of only twenty hospitals in the country affiliated with Mayo Clinic, and has been named three times by “U. S. News and World Report” as best in the region and among the 50 best cardiovascular programs according to Truven. He is a graduate of Columbia University’s College of Physicians and Surgeons, and completed his training at both the New York Presbyterian Hospital and Hospital for Special Surgery of Cornell University. He also had a solo practice in Rheumatology, Internal Medicine and Geriatrics for 23 years, and is board certified in all three specialties. He is recognized both as a Fellow of the American College of Physicians and a Fellow of the American College of Rheumatology. His wife, Dr. Marla Weiss, is a writer and educator, and they have two daughters who are physicians.