Capri Fire Merger: Devil is in the Numbers 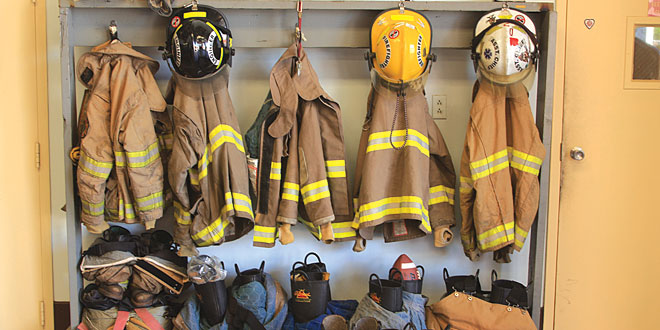 “If you drill down into the numbers, there is a much more complex issue — a broader equation,” Isles of Capri Fire Advisory Board Member Matt Crowder recently said of the continuing process to merge the Isles of Capri Fire-Rescue Department with the East Naples Fire Control Rescue District. The board met Aug. 8, 2013 to update the public on the process.

The bottom line: Regardless of whether or not one agrees that the two districts should be merged, Capri cannot sustain itself at the proposed ad valorem property tax rate of 1.5 mils.

“We are a very small district with few resources,” added Crowder. “We have to pull from our reserves just to get through the year. We are always going to be in a situation where we just scrape by. We need to look at long-term planning.”

“(East Naples) has resources we don’t. They have larger access to fire fighters and medical staff that are important to us, and larger resources will allow us to match the growth of the district,” he concluded.

A question of millage and jobs

To recap, the Capri fire district encompasses the residents of Isles of Capri, Mainsail Drive and part of Fiddler’s Creek. The controversial dismissal of former Capri Fire Chief Emilio Rodriguez sparked the management questions in November, 2011. Then, Capri officials told Marco Island it would no longer respond to calls there unless it was “a significant event.” The flame fanned brighter early last year when some 280 Fiddler’s Creek homeowners queried East Naples about a possible merger with the independent, county-managed Capri district in an effort to lower their property taxes from 2.0 mils to 1.5 mils.

This spring, the Collier County Commission caused an inferno when — despite a 3-2 vote by the Capri Fire Advisory Board rejecting consolidation — it voted to force the consolidation of the Capri district with East Naples. As such, East Naples proposed to take over and operate the Capri district at the 1.5-mil rate, to provide “hiring preference” to the existing Capri fire fighters and to put a minimum of two fire fighters on each shift at Capri.

Still, the numbers show this may be easier said than done. While the merger would bring Capri district residents a property tax break from $2 per $1,000 of assessed property value to $1.50 per $1,000 — roughly $50 annually for every $100,000 in assessed value — it also will result in layoffs at the Capri fire house. The 1.5-mil rate accommodates only six fire fighters, which is three less than the number currently working out of Capri. Currently, Capri staffs three fire fighters per shift. The 1.5-mil rate only allows for two — a lieutenant and a driver/engineer.

“The proposal is based on 1.5 mils,” explained Len Golden Price, an administrator with Collier County Administrative Services, to those present at the advisory board meeting. “(East Naples) has been given a threshold, and they have to stay with that. On 1.5 mils, there is no way to pay for the nine fire fighters currently employed by Capri. We have to cut from somewhere. The math just isn’t there.”

As a result, the merger is not favored by Capri fire fighters. “Capri residents will lose fire fighters on a daily basis,” noted Local 4710 Union President and Capri Fire Fighter David Thomas in an interview after the meeting. “We are not supporting this because jobs will be lost.”

“Unfortunately, we’ve been dealing with this for so long. Morale is down. No one enjoys coming to work because everyone feels so defeated,” he added. Thomas attended the advisory board meeting to speak on behalf of the Capri fire fighters, and is now circulating a petition among Capri residents against the merger.

Thomas and the fire fighters received tacit support from Advisory Board Chair Jim Hughes, but he also noted the writing is on the wall. “I am with you as far as it goes to save jobs,” Hughes said, “but, we are under a directive and can only go so far.”

A question of service and enhancements

According to East Naples Chief Kingman Schuldt, the merger between his district and Capri is a double-edged sword. “The county asked us to provide a proposal, and we knew that some components of the proposal would be questioned and maybe just not be palatable. We are not going to give the impression that we would do something different than we actually can. We think for the overall good of everyone (a merger) would help,” Schuldt explained in an interview.

In the end, Schuldt said his focus is to make certain East Naples can provide services to the residents of the Capri district at the 1.5-mil rate while looking at the issue from all angles. “It is not my intention to put together a budget or plan that would cost the citizens of East Naples,” he added. “(But), I have an emotional concern about the people whose jobs are in jeopardy. Their destiny is ultimately being determined by the county. We are trying to consider that and are looking at options, but I can’t make any guarantees. I am not going to put something on paper that I can’t make good on. We are trying to be very, very transparent.”