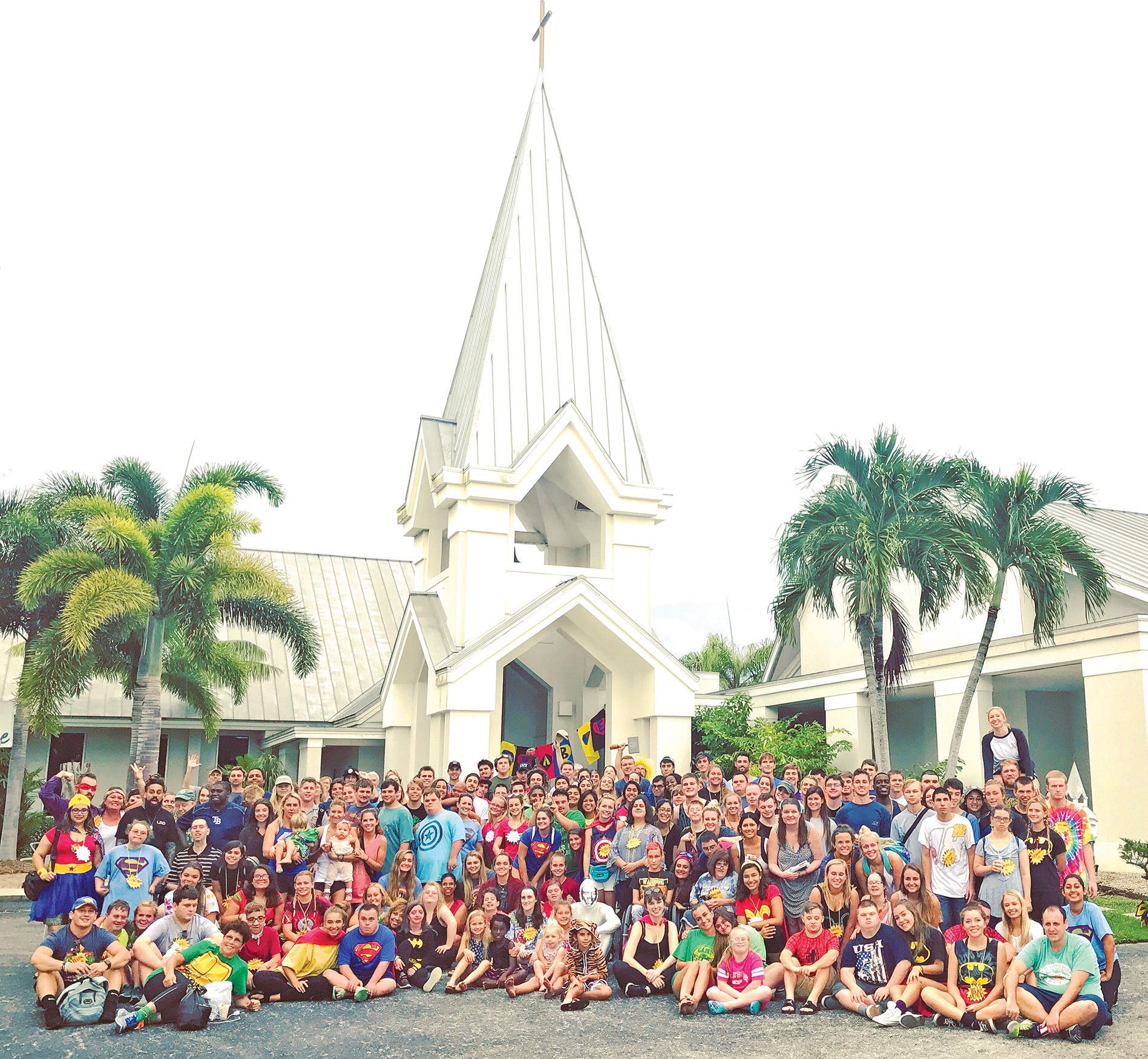 Camp Able, now in its eleventh year, is a sleepaway camp for people with special needs or disabilities. People of all ages are welcome to attend the five-day camp held at St. Mark’s Episcopal Church. 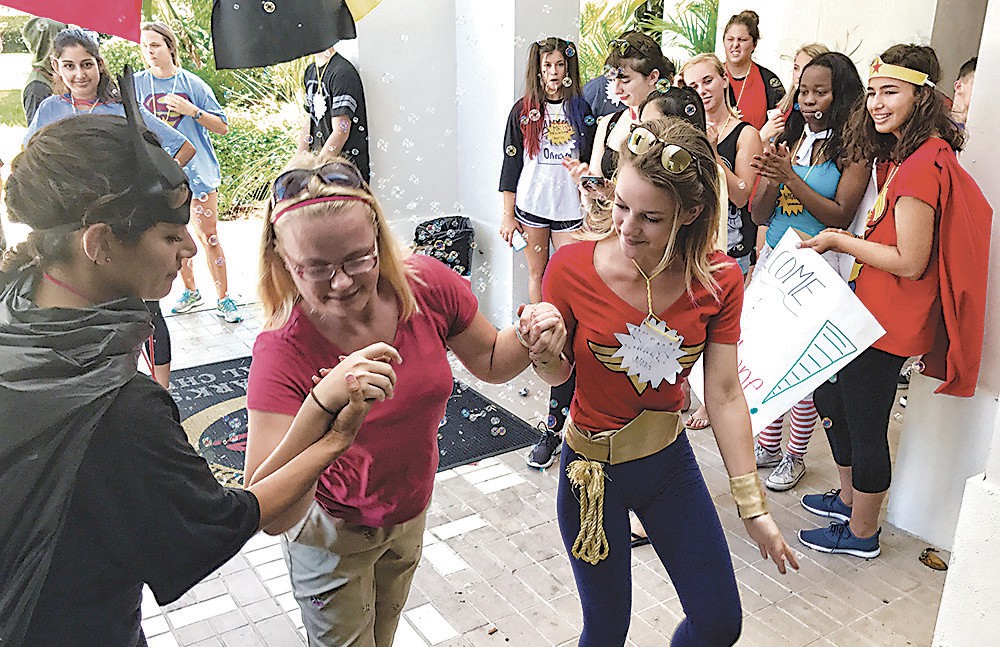 reverend, created Camp Able back in 2006. Today he runs it alongside his daughter Callie. Over the years, the camp has grown and expanded nationally. There are now Camp Able’s in Mississippi, Louisiana, and Tennessee.

According to Bennett, the camp was founded on the premise of “dignity driven love.” Camp Able offers a safe, inclusive space for all who enter.

“At Camp Able all are invited into a 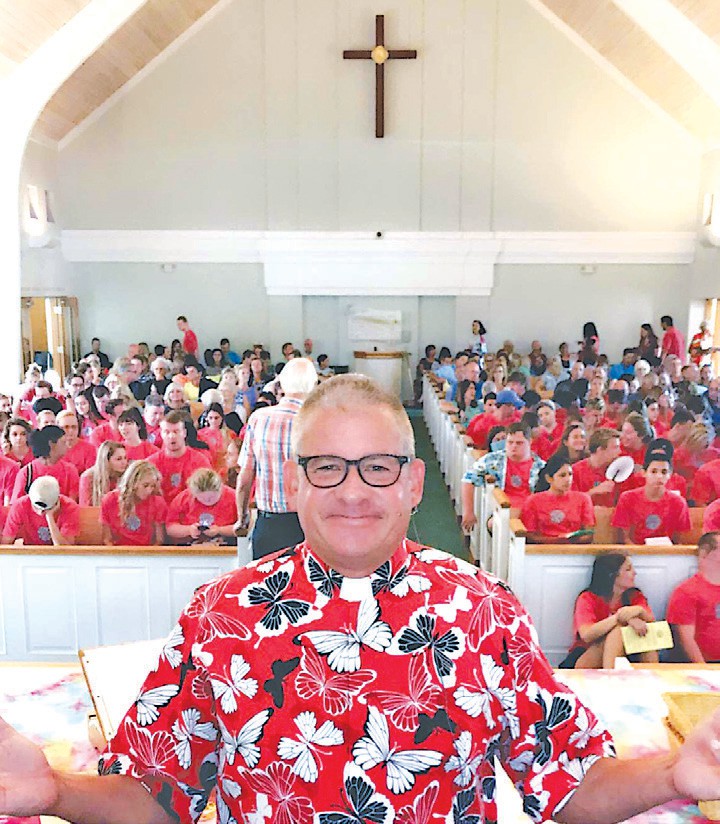 playground of dignity driven love,” Bennett said. “All are given the opportunity to live an authentic life.”

Bennett urges campers to focus on their “diverse abilities,” the things that make them unique and special, as opposed to their disabilities. When campers walk through the doors they are met with respect, acceptance, and unconditional love with no fear of judgment.

“When we choose to honor ourselves by honoring and respecting 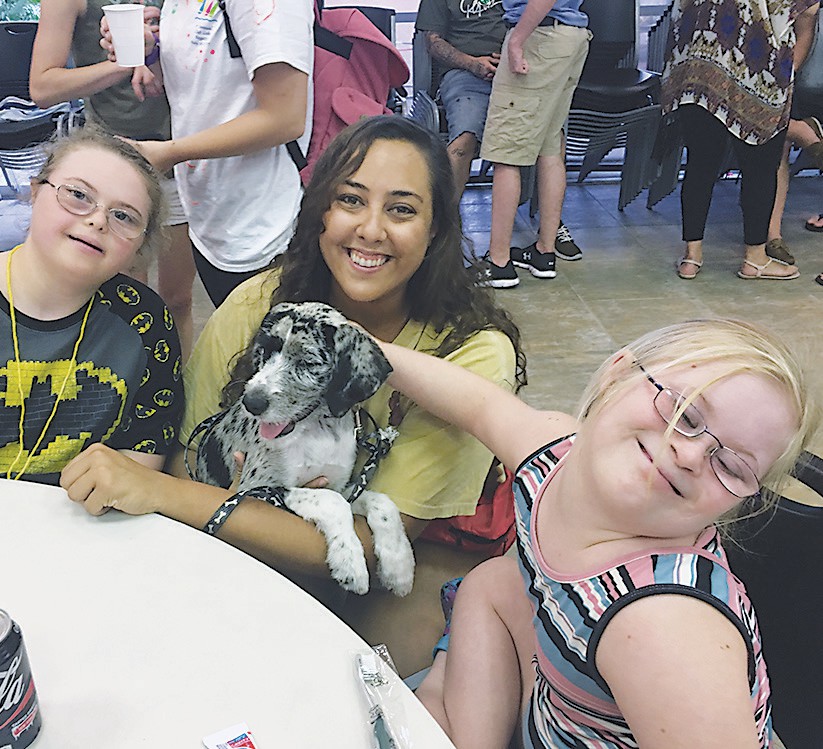 others, life has authentic value,” Bennett said. “This is Camp Able, a playground without judgment, a community of abundant compassion.”

The theme this year was superheroes. About 55 campers and over 135 staff members and volunteers were in attendance. Campers were paired up with two staff members, allowing them to have an individualized and unique camp experience. 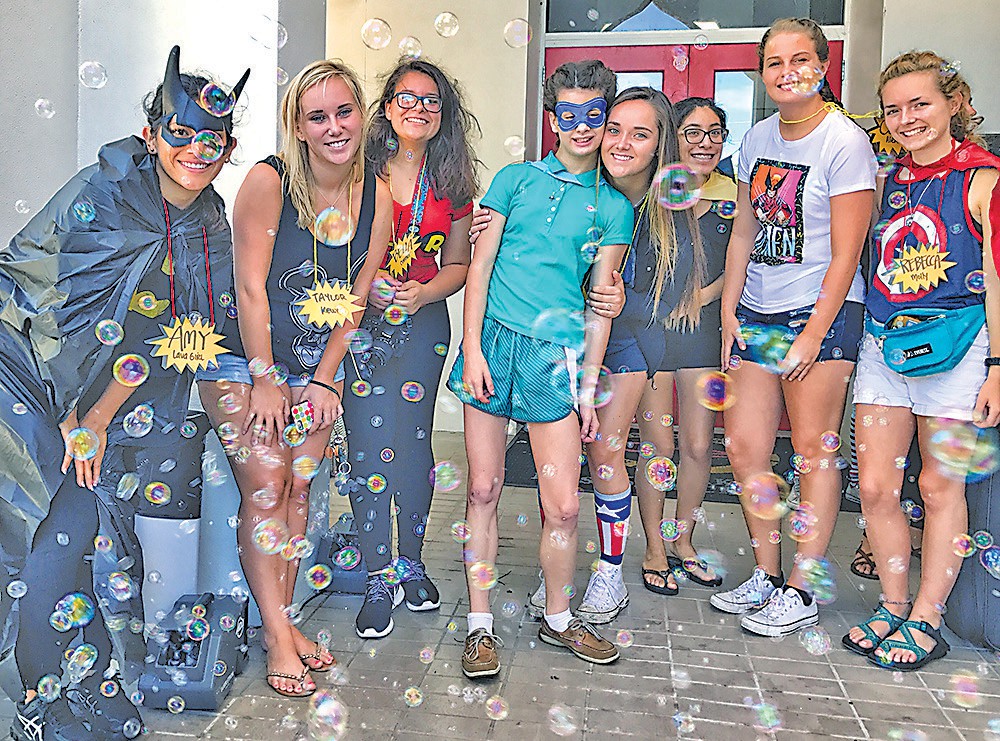 He uses his vacation days in order to participate. This year he drove a 15-passenger van filled with campers and volunteers all the way from Mississippi down to Marco Island.

“It’s safe to say there’s no other place in the world any of us would rather be,” Vignes said.

Vignes described the camp atmosphere as “contagious.” To him, camp is like entering another world. It’s a place where the 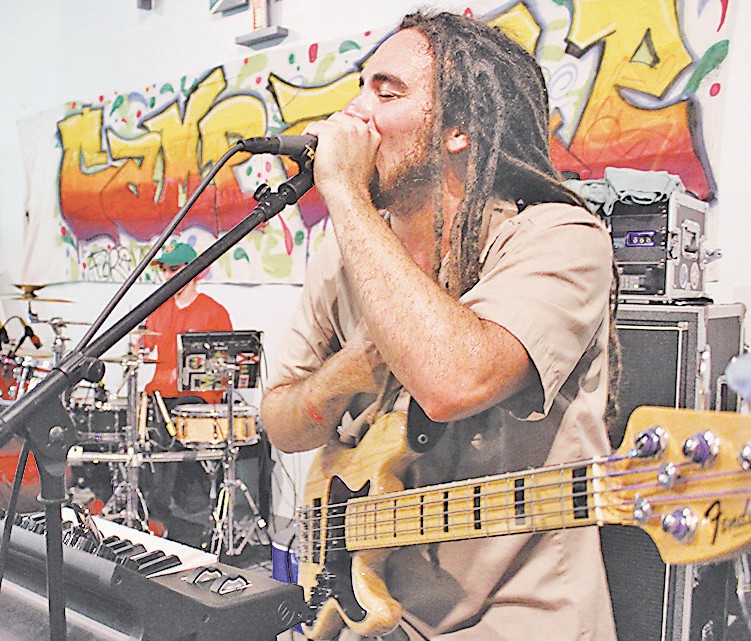 campers can come and just simply be.

“Once you become a part of the program and you see the magic and beauty of what’s happening here, through small moments to the big moments, there’s nothing better,” Vignes said.

As for next year, he’s already marked off his calendar. 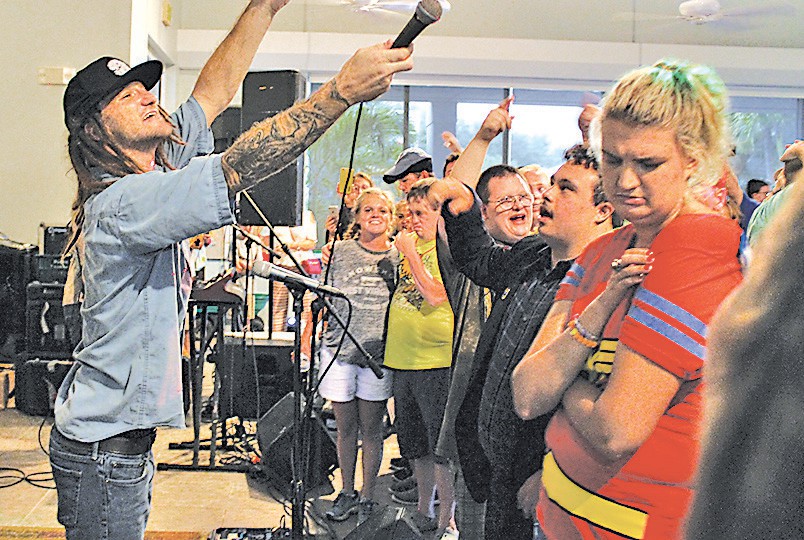 years. Now a group leader, Lundquist described how the camp has had a profound effect on her life.

“It’s given me passion to do more things for others and to keep on coming back,” she said. “It’s impacted me in all aspects of life, with my friends with strangers— just how to treat others and to be yourself. That’s what the camp is about.”

As a recent college graduate, 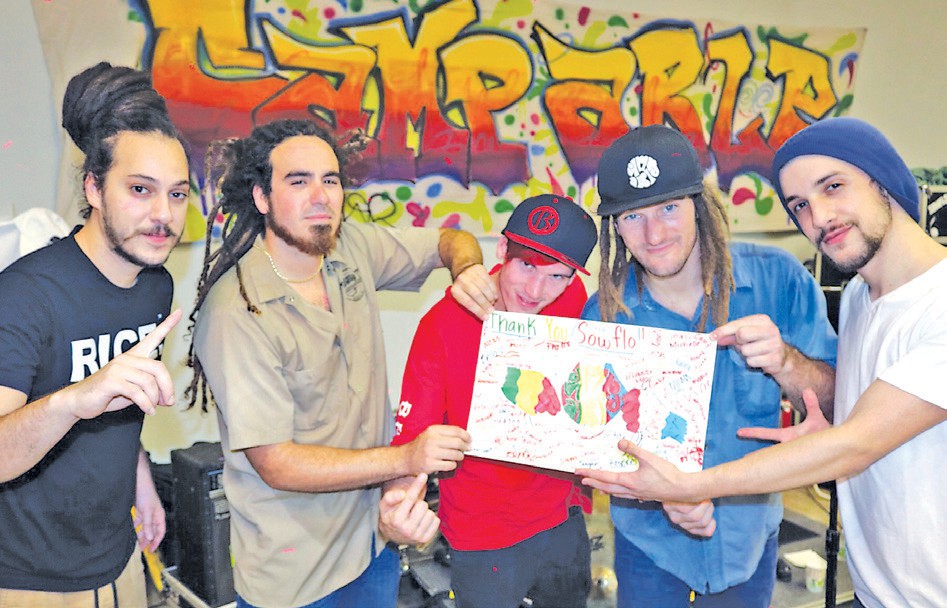 Lundquist says that because of Camp Able she’s decided to pursue a career in social work. She plans on attending graduate school in the near future and sees herself working with the disabled population, children, or possibly people dealing with addiction.

“You come here [Camp Able] and it’s kind of like a step outside of reality. This is how it should be,” Lundquist said. “This is how everyone 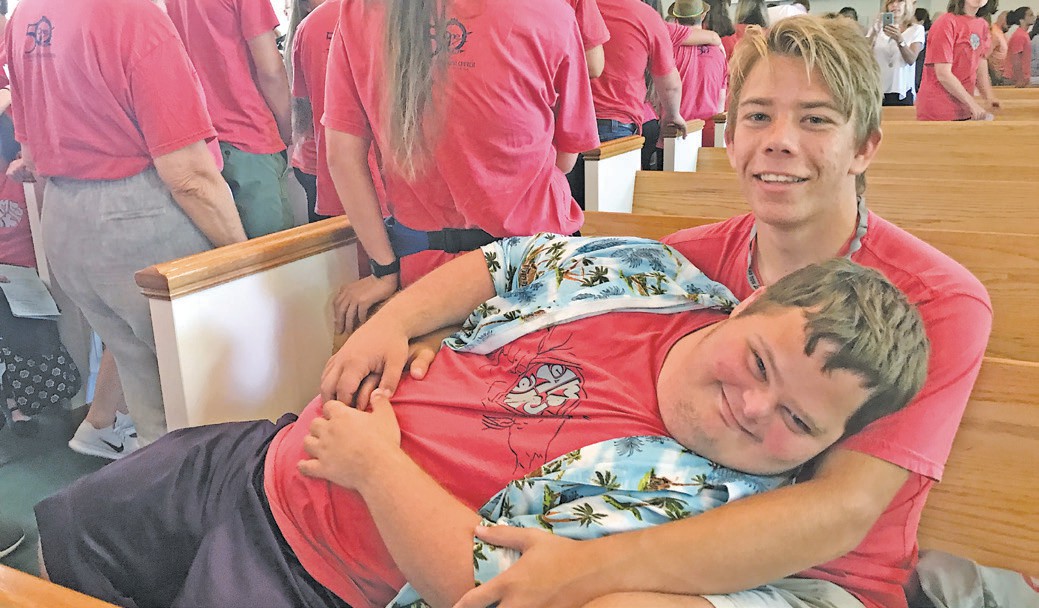 should be, just themselves. There’s no judgment. It’s just a week to be yourself and hopefully carry it out into the world.”

For the first time this year local reggae band Sowflo performed a private show for Camp Able. The band came early to hang out and eat dinner with the campers. During their performance Sowflo played their song “I Don’t Think.” The song has long been a 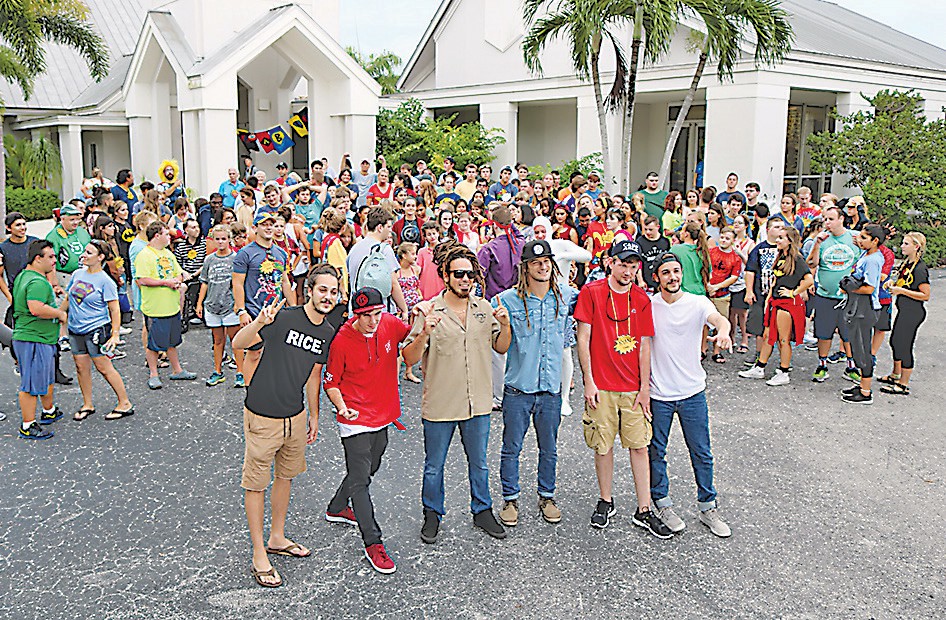 popular melody among campers and almost everyone sang along.

The lyrics for “I Don’t Think”: “I don’t think this world might change for us. But in the process, we may better ourselves. Let’s change the world.”

Putting together Camp Able is no small undertaking. According to Bennett it requires a ton of fundraising (it costs over $25,000 to run). And, to top it all of, it’s run completely by

volunteers. Luckily, the camp has had the continued support of the community. This year over 24 local businesses and organizations donated their time and resources. A list of those organizations is included with this article.

“The various businesses on the island just reach out,” he said. “They come to me. They want to participate; they want to offer up their services. How can they be apart of this? 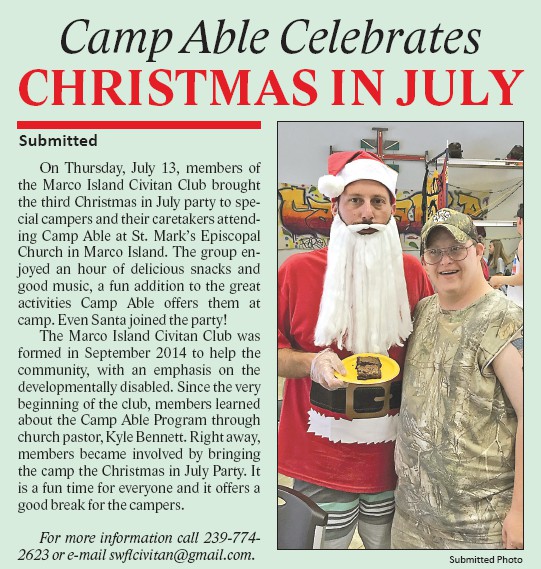 When you see that, it’s not based on a consumer model, it’s based on community.”

Camp Able is continually growing. It’s message of love and compassion is so far reaching it seems that national news sources have taken interest. Though nothing is set in stone, it’s encouraging to think that Camp Able’s message could be spread throughout the country.

If you would like more information on Camp Able check out www.campable.org or www.facebook.com/campable1. You can see more pictures from the week by searching #campable2017 on Instagram.