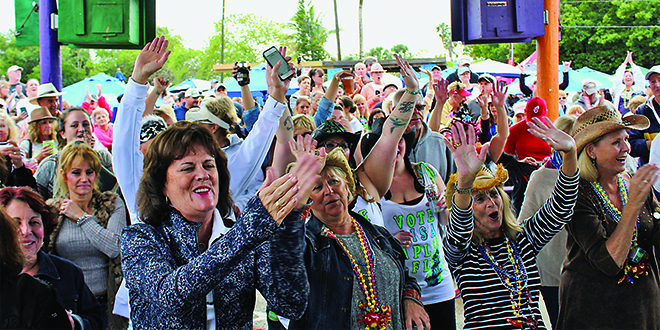 Mullet Fest has returned once again for it’s 33rd year and with it comes a new Buzzard Lope Queen and probably a hangover.

Each year the festival brings thousands of people to Goodland, the small “drinking village with a fishing problem,” located on the outskirts of Marco Island. The three-day festival hosted by Stan’s Idle Hour includes an art show, live music, food, drinking and of course the coveted Buzzard Lope Queen competition.

The weather that Sunday 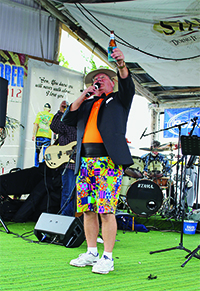 was overcast and chilly. Despite the less than desirable conditions, thousands came out to take part in the festivities.

This year seven hopefuls competed for the chance to have their name “entrenched” onto the historic Buzzard Lope Queen board, the highest honor one can receive in Goodland.

Before commencing the annual competition, MC Jeff Hilt raised a toast to the late Stan Gober. Stan, who passed away in 2012, created the now infamous festival. The tradition has continued in 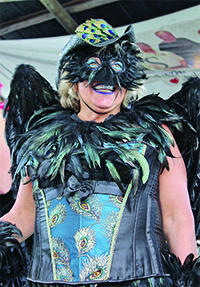 The hopeful queens hopped up on stage and danced the Buzzard Lope dance, which includes a lot of flapping and butt shaking. It’s often been compared to the chicken dance. The audience, through applause and cheers, helped narrow down the competition to the top three: My Lady Katie, Lisa Bacewicz and Annie Dilonardo. All three ladies were equipped with feather boas, masks, and attitude.

Though the competition was fierce, Lisa Bacewicz prevailed and was named the 2017 Buzzard Lope Queen. Annie Dilonardo took home the prize for best costume.