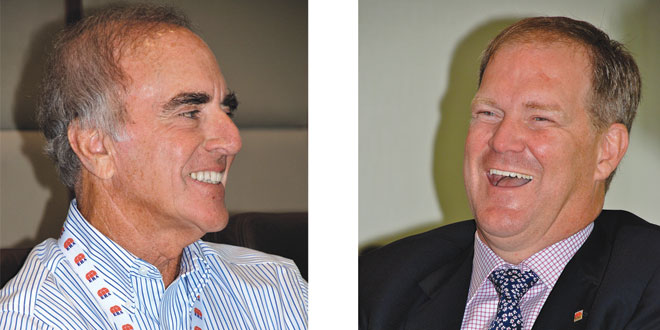 The numbers are in, and everything is coming up roses in the Naples-Marco Island real estate market.

According to Gerry Rosenblum, president of the Marco Island Area Association of Realtors, sales on Marco Island continued their strong upswing ending the first six months of 2013 11 percent higher than the same period last year. June monthly sales were up 21 percent when compared to the same time last year, and sales volume is up 34 percent from $476 million in June 2012 to $639 million last month. On Marco Island, the median sales price is up 8.57 percent from $350,000 to $380,000, and as of June, there were 13 sales over $1 million locally.

“A lot of properties are changing hands,” explains Rosenblum, who is a realtor with Prudential Florida Realty. “The market will keep going as is. It is very strong.”

Charlie Young agrees. The president and chief executive officer of ERA Franchise Systems LLC recently visited Marco Island during the 2013 ERA All-Star Agent Retreat, and he believes the Marco Island-Naples real estate market is reflective of what is going on nationally. “It is a wonderful market for real estate nationally right now. The National Association of Realtors is forecasting unit transactions will be up 9.7 percent this year, and the average sales price up 10.2 percent. The forecast has been holding steady and slightly increasing each month,” says Young.

“Demand is being fueled by a pent-up demand,” he adds. “People were out of the marketplace for so long… The job market has been coming back, and consumer confidence is at a high point.”

Further, both Rosenblum and Young agree this fervor was fueled even more last month by the nearly one percent uptick in mortgage interest rates thanks to the Fed’s 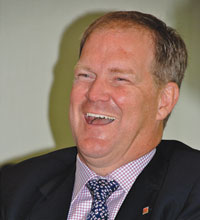 stance on halting its purchase of mortgage-backed securities. In a matter of about four weeks, there was a sharp increase in interest rates from 3.5 percent to almost 4.5 percent.

Still, with this strength has come two major weaknesses.

“Inventory is critically low,” cautions Rosenblum. “It is harder to find what you want. A lot of the inventory has been picked over.” In fact, he continues, “we are down to under 1,000 homes, lots and condos for sale (in our market).”

Further, notes Young, those homes going on the market are snapped up quickly by the pent-up demand. “Forty-five percent of the homes that went on the market in May sold in less than a month,” says Young.

According to Young, there are three seller components to this low inventory: those who are not aware of the market changes; those who had their homes on the market at one time but have not decided to come back to the market place; and those who are in under-water situation with their mortgages. “They are watching price increases and just waiting until they get a neutral position,” he notes.

Another issue is found in the relationship between appraisals and prices, says Marv Needles of ERA Flagship Real Estate Group on Marco Island. The problem is with the new federal regulations appraisers must follow when appraising property values. They allow appraisers only to consider closed sales in the valuation process. In a market where property values plummeted by as much as 50 percent, like Marco Island and Naples, this protocol is not favored by property owners or Realtors.

“Appraisers just aren’t getting it at this point,” explains Needles. “They are using short-sales. They are using foreclosures… I look at 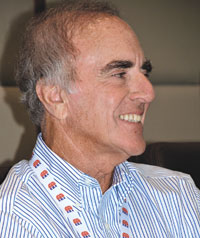 the value as to the competition out there not just what has sold. Appraisers are not allowed to do that right now… Even if you have two or three pending in the same type of market, you cannot look at that.”

In the end, though, these weaknesses only make the Marco Island-Naples market stronger, agree Rosenblum, Young and Needles. Take the pricing conundrum. Needles comments that cash buyers can help boost the market’s median sale price. Lucky for Marco Island, more than 60 percent of deals done here this year were in cash.

The men also concur that the recovery and its weaknesses are teaching buyers and sellers golden lessons on real estate. First, there is the complexity of the transaction itself and the importance of the Realtor in it. Says Young: “Local expertise is more important than ever. This is not just simply in terms of understanding community but also in understanding the dynamics of pricing in the community, the dynamics of financing in the community.”

Then there is the new market realization that real estate is not a short-term investment.

“Today, we’ve returned to more of the basics, the foundations, of a sound real estate market,” Young explains. “People move for life event. A household is created through marriage. A child comes along, maybe a second child comes along, and there is a need for more space. Perhaps there is a promotion or more income in the family, and there is a desire for more space, better neighborhood, better school. In 50 percent of the cases, there is a divorce, and that causes a need for a real estate transaction. Finally, we have death.”

“These are the things that drive real estate transactions, and that is why people should be looking at buying and selling real estate not in the short-term.”