The number of Burmese python in South Florida is unknown; estimates range from several thousand to more than 100,000.

In 2015 and 2016 the adrenaline was really pumping here in South Florida. Training courses were provided to hunters on how to capture one of the most devastating, invasive predators to ever be found here, the Burmese python.

In those two years, approximately 1,500 people agreed to scour the brush and bushes in an effort to remove these killers. They came from all walks of life. Writers, florists, nurses and professional trappers all came forward to test their skills and capture a python.

Although the intentions were good, the results were minimal. Only a few hundred snakes were removed from the wild and most of them were caught by a handful of hunters. Something had to change in 2017, and sure enough, a new plan was developed.

This year only a select few were chosen for the roundup. They would be paid about $8 per hour with a bonus for each snake captured and an additional bonus for snakes longer than four feet.

A two-month pilot program with a budget of $175,000 produced 149 pythons. Twenty-five hunters received $8.10 per hour and $50 for each snake turned in. As a bonus, for anything over 4 feet long, a fee of $25 per foot was paid. To put the dollars in perspective, a 15-foot capture would net that hunter about $400. Reports from some hunters state that there are days when they find nothing and other days when they will catch 10 or more snakes.

Half of the catches were female, which means quite a few hatchlings will never see the light of day. Females lay an average of 40 eggs in the spring, but some have been captured with 75 to 90 eggs inside of them. Once mature, a female can produce eggs every several 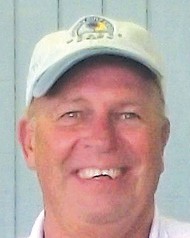 Depending on the source, the estimated number of Burmese python in South Florida ranges from several thousand to more than 100,000. A recent newscast in the Miami area quoted the latter. I’ve heard park rangers say, “there are as many as there are.” Very simply, their numbers are unknown. If you look at a map of recorded sightings you will see quite a few in the eastern Everglades along the roadside. But that’s where humans can see them. How many more are 300 feet off the road, or a quarter mile inland? Those territories are virtually unexplored.

Let’s create a scenario regarding their population. Here we are in the year 2000 and we have a male and a female python and let’s say that they are the first to reach the Everglades. Being adults they will mate in the spring. The female will lay 40 eggs and we will assume that half (20) are female.

One factor not taken into account is the attrition rate. How many of these young females will survive to a mature age? I’m sure that some of the birds like herons, hawks and eagles will reduce the number of young, but by how many? Adult pythons have no natural predators, so take that into account as well.

These invaders have a voracious appetite and are reducing the native population of birds and mammals. In some 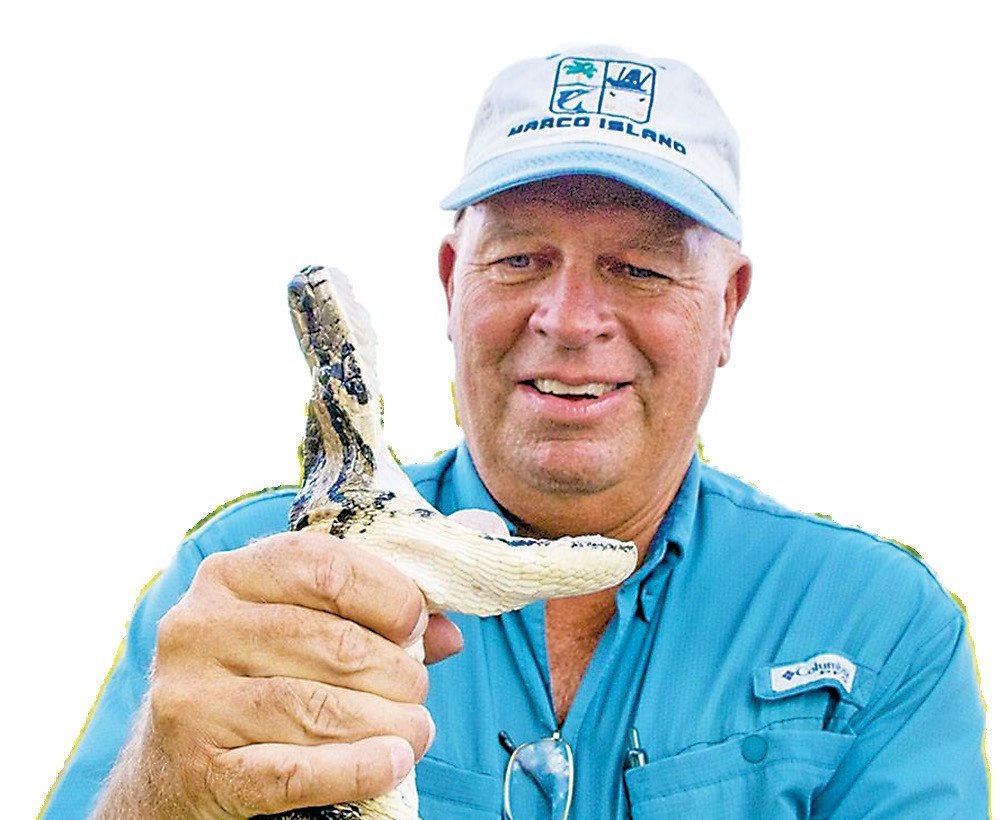 Bob holds the “business end” of a 13-foot, 60-pound Burmese python during a training course to properly capture these pesky invaders. Submitted Photo

areas of the wild, raccoon numbers are down by more than 90%, as well as marsh rabbits, wading birds and more. One 13 footer was captured with three baby deer in its belly and another larger one had a 60 pound deer inside.

Eliminating 75 females from the equation this year is not substantial, but it is a step in the right direction. Since they were removed right at nesting, a potential 1,500 snakes are gone. That’s good news, for sure.

The hunt this year was in Miami-Dade County and there is a consideration to expand the operation to Collier County as well. Research indicates that these pythons are now entering the northern Florida Keys, which could put some endangered species at a greater risk. Time will tell.

One thing is for sure. They will never be completely eliminated from South Florida. As their food sources in the eastern Everglades dwindle they will move west and south. A news article last year told of “a ton of pythons” captured in Collier County, including the largest male found in the Everglades, ever! Although they prefer fresh water habitats, saltwater environments are not a major deterrent for them.

Stay vigilant and always respect the wildlife you see. Don’t assume any wild animal just came from a petting zoo. Keep your distance and report your findings to the authorities. Unless you are properly trained never try to approach anything that could cause you harm. Be smart!

Bob is the owner of Stepping Stone Ecotours, conducting walking tours of the Everglades from October through May. He is also the author of “Beyond The Mangrove Trees,” a pictorial book about South Florida wildlife. Bob loves his wife very much!