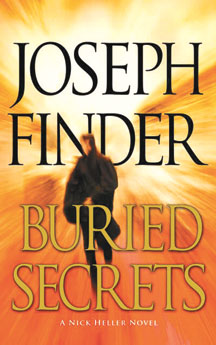 I have given quite a bit of thought since I started writing these reviews as to what makes a book something I want to continue reading. Sometimes it is beautifully detailed descriptions of people and places. Sometimes it is the thrill of the chase. Sometimes it is learning about something I know nothing about, told in an interesting way. But one of the most important things for me in a book of fiction or biography is that I care about the people in the book; that I want to know what happens to them either at the end of the story or even on a daily basis. (Elizabeth Berg writes stories that are not necessarily gripping drama, but I find I just enjoy relating to the characters in her books and what they are doing in their everyday lives. I often ask myself how she seems to know me so well.) In most mysteries I not only want to be titillated by the story itself but I want to be rooting for someone. Sometimes it is the detective, sometimes the lawyer, sometimes the victim, sometimes the police, and occasionally, surprisingly enough, it might even be the so called “bad guy.” In Buried Secrets, although there is most certainly a victim, I am rooting for Nick Heller, the man who has been asked to find the victim before it is too late.

If you are not too young you might remember the case of Barbara Jane Mackle, the daughter of one of the Mackle Brothers who, among other things, developed Marco Island (Elkcam Circle is Mackle spelled backwards, in case you didn’t know.) In 1968, the twenty year old girl was kidnapped from a hotel room near Atlanta where she was recovering from the flu under her mother’s care. She was buried in a fiber glass-reinforced coffin containing an air pump, a battery-powered lamp, water laced with sedatives, and food. Two plastic pipes provided her with fresh air. A ransom of $500,000 was paid and vague directions were given to the police as to where she was buried. More than 100 policemen hunted for her and she was found after 3 days, dehydrated, but otherwise unharmed. (Yes, the perpetrators were captured.) If you are interested in reading more about the case, Mackle wrote of her ordeal in 83 Hours ‘Til Dawn which is available in both book and video form. (Editor’s Note: Or, read Craig Woodward’s award-winning three part series on the kidnapping of Barbara Mackle published in Coastal Breeze News and coastalbreezenews.com.)

I have to think that the author had this case in mind when he came up with his story line. Seventeen year old Alexa Marcus, daughter of billionaire Marshall Marcus does not come home after a night spent night clubbing with her friend, Taylor Armstrong, daughter of Senator Armstrong. Soon enough, her father and step-mother find out that she has been kidnapped after viewing a live video of their daughter pleading with them to pay whatever the kidnappers want. Amazingly the kidnappers are not asking for money but instead something called “Mercury,” which the father claims no knowledge of. It is impossible to tell where Alexa is being held from the video but Nick Heller, the man who has been hired to find her, figures out that she is being held in a coffin when she appears to babble in one of the videos, “I’m so cold and I’m so afraid that I’m too weak and I can’t change. I-I twist and turn in the darkest space and…I don’t want to be here anymore, Daddy.” Heller’s forensic data tech, Dorothy, Googles these strange words and finds that they are the lyrics to a song called, “Buried Alive.” For Alexa this is especially terrifying as she is extremely claustrophobic. She won’t even ride in an elevator.

Knowing that she is being held in a coffin is not of much use since they have no idea where the coffin is buried, not even in which state.

Heller is fairly easily able to establish who kidnapped her through the use of security cameras in the nightclub, but most certainly with little help from Alexa’s so-called friend Taylor, who is far from forthcoming about the evening’s events and her part in them. However, that is a long way from the end of his search for the girl and, it is his hope, her rescue.

There is little flowery writing or descriptive turn of a phrase in this yarn. There are the usual twists and turns of any good mystery and it is, indeed, a good one. But sometimes a cigar is just a cigar and often, as in this case, that is exactly what you are looking for.