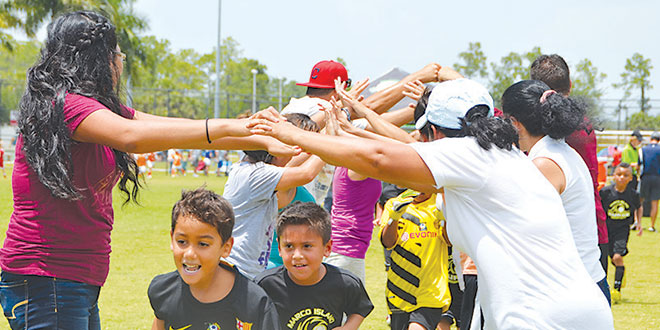 Over 70 teams competed in the Adidas Spring Cup, hosted by the Florida Fire Juniors, in Naples, over Mother’s Day weekend, including Collier FC SURGE U12 boys and girls, as well as U8 boys teams.

The Collier FC U12 boys tied their first two matches against the Venice Falcons and Florida Fire in the U12 11v11 bracket, and then won their next two matches, both 1-0, against the same two teams, for a thrilling championship. 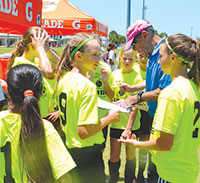 Collier FC Surge Director of Coaching, Rob Stoutenburg, will be hosting a Soccer Summer Camp for boys and 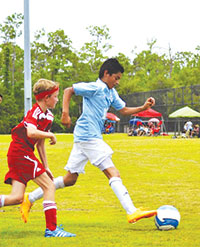 Under 12 boys on the field.

girls. The camp will follow Pro Touch International Soccer Academy curriculum for player development, focusing on ball control, agility, passing and trapping, tactical awareness and shooting. Former USA Men’s National Team player Cory Gibbs will make an appearance at the soccer camp. The camp will have two sessions: June 15-19, and August 3-7, held from 9 AM to 1 PM daily. The cost will be $150 per session. Daily rates will also be available. For more information, go to www.marcoislandsoccer.org.