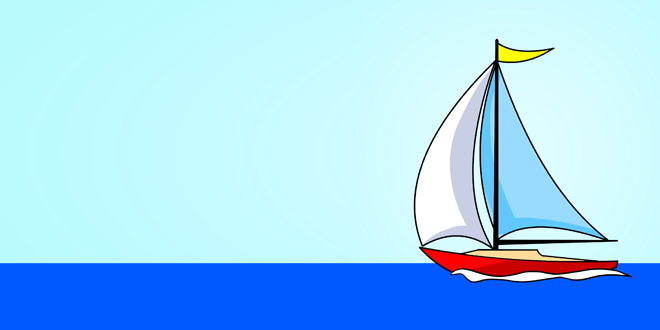 I thought navigating a boat was like riding a bike—once you know how, you never forget. I recently discovered my skills were a little rusty; OK totally corroded. Excited at the prospect of sailing the waterways of Marco Island with some friends visiting from out-oftown, I rented a pontoon boat. The kids strapped on their life-jackets, and we adults confidently boarded the vessel, ready to cruise through paradise. I invited Philipp to occupy the driver’s seat and be “captain for a day” when I realized that I had no idea how to start up the engine. I figured that turning the key in the ignition was the correct move, but should the gear be in neutral, forward, or reverse? Would we suddenly find ourselves hurtling through the canal or parking the boat on the dock? He confidently slid into the seat and toyed with the key until the engine came alive. Now what? After a few bumps and grinds along the dock, we made it into the waterway. Very slowly. Within minutes we were happily bobbing along, checking for channel markers and soaking up the sun and salt. I studied the navigation chart and traced the lines drawn to mark our route to Keewaydin Island. Do we take the first right or second right? I didn’t have a clue. I glanced at Philipp who was now totally confident in the driver’s seat and asked him. “What do you think?” He immediately pulled out his smart phone. “How do you spell the place we are going?” Oh, brother. “Take an immediate right,” I directed. Most of the other boats were headed to the second right, so it seemed proper to take the lesser-traveled channel. After a few minutes, we were oohing and aahing over diving pelicans, smiling dolphins, artistic osprey nests, and tangled mangroves. Philipp grabbed his camera and began shooting, leaving the boat on auto-drive. The kids took turns steering and with no other vessels in sight, we were having a ball. Suddenly we stopped. Uh oh! I looked over the side of the boat and saw bottom.

With the propellers of the motor stuck in the muck, we had two choices. Radio for rescue or jump in and push the hulking aluminum fun craft to deeper water. Choosing to save face and make it to Keewaydin, I jumped into the water. Of course, no one else was wearing a swim suit. The water was only up to my knee-caps and dislodging the motor was my first concern. I tried rocking it back and forth and pushing us into deeper water. After a few false starts, we were free and I was shoulder deep. “Shall I rev it up now?” shouted Philipp, with me still within a foot of the motor. “NO!” I yelled. “”Wait until I get back on-board.” Easier said than done. My upper body strength is no better than a fly’s and pulling myself onto the little platform beside the motor was impossible. I grabbed the rope and tried to hoist myself up balancing my feet on the pontoon. No go. Splash. After a few more failed attempts the “crew” was now laughing hysterically and Philipp was again snapping pictures. “Alright, haul me in,” I begged. Philipp grabbed my arms by some miraculous power, I crawled back into the boat. “Yeah, Pat,” the kids cheered. “OK, rev her up, captain,” I shouted and we were back on track once again, only 30-odd channel markers away from our destination. “There it is! Marker 44!” The boat sailed into the sand and I jumped off the bow to anchor our craft. With so little sand, and so much rope, I decided to secure the anchor in the trees. “Ok. We’re off!” We navigated the little path to the Gulf side to swim and gather shells. Perfect! Soon it was time to head back and luckily the pontoon was still where we left it; a little turned around, but present. We sped back, slowing down as we traversed the channel and floated back into the dock. It was a wonderful adventure and we have all the pictures to prove it. So if you venture out on the waterways, remember these important boating tips: don’t expect to understand the navigation charts, channel markers can be few and far between, sometimes the water is high and other times, knee high, learn how to plant an anchor, bring lots of towels and drinks, wear a hat with a chin-strap and don’t watch Titanic the night before you go. Anchors away!