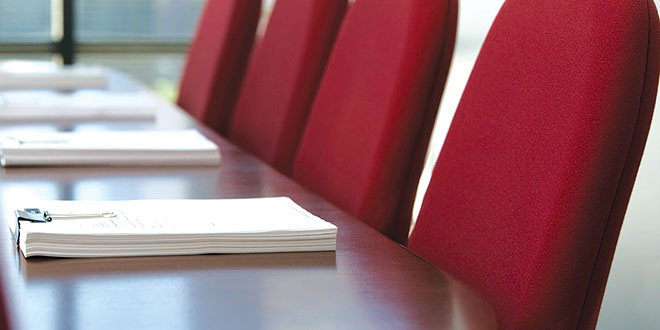 One of the most common questions that we receive at this time of year concerning elections in condominium and homeowner associations is regarding who is qualified to run for the Board. For condominiums, in years past, the answer to this question was easy. All members are eligible unless they are a convicted felon or have been previously removed by the Division of Florida Condominiums, Timeshares and Mobile Homes.

In addition to some owners not qualifying for board membership 40 days before the date of the scheduled election, there are others who may qualify for the ballot but who may not qualify at the time the ballots are counted. In a condominium of more than 10 units or in a condominium that does not include timeshare units or timeshare interests, co-owners of a unit may not serve as members of the board of directors at the same time unless they own more than one unit or unless there are not enough eligible candidates to fill the vacancies on the board at the time of the vacancy. This means that the co-owners both would be listed on the ballot. However, if they both were to win a seat on the board, one of them would have to resign.

Homeowner associations are currently under the restrictions that condominiums were under before the change in the Condominium Act adding the magic words, “unless prohibited by the bylaws.” Therefore, pursuant to the provisions of Section 720.306 (9)(a), Fla. Stat., all members of the association are eligible to serve on the board of directors. Naturally, there are still some restrictions.

Under subsection (9)(b), a person who is delinquent in the payment of any fee, fine or other monetary obligation to the association for more than 90 days is not eligible for board membership. A person who has been convicted of any felony in this state or in a U.S. District or Territorial Court, or has been convicted of any offense in another jurisdiction which would be considered a felony if committed in this state, is not eligible for board membership unless such felon’s civil rights have been restored for at least five years as of the date on which such person seeks election to the board. How is that different from condominiums? The key here is that the member may still be on the ballot, or nominate himself or herself at the meeting. However, he or she would not be eligible to sit on the board if elected.

How this process works would depend on the documents of the individual homeowner association. If the election procedures set forth in the bylaws follow something like the Condominium Act’s procedure for nominations by the members prior to the annual meeting, then I would have no problem keeping an individual who is a felon whose civil rights have not been restored from being on the ballot, because that would require a set time period during which eligibility could be determined. However, it would be different in the homeowner association provisions and the Condominium Act provisions for a member who owes a monetary obligation to the association.

In a condominium, if the member owes any monetary obligation to the association and that amount was not paid at least 40 days before the date of the election, then that member’s name should be excluded from the ballot. In the homeowner             association, first the member must be at least 90 days past due with the monetary obligation, and then, the party would still be eligible for the ballot. They would just need to make payment by the date of the election to begin service on the board. If the funds are not paid by that date, it would be my opinion that they are not eligible to serve, and the seat would be vacant.