Bingo Returns to the JCMI 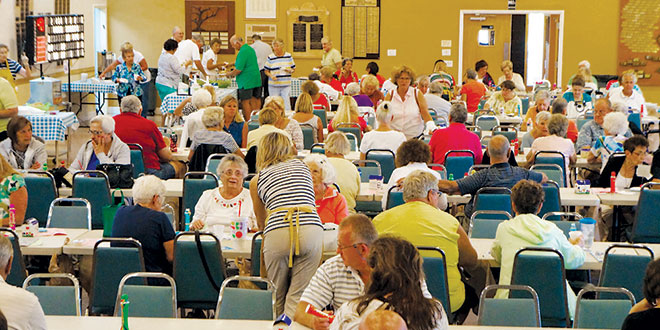 For the last seventeen years, every Monday night during season is Bingo Night at the Jewish Congregation of Marco Island.

October 5th marked the return of bingo, and a crowd of all ages came out to play and socialize.

Volunteer Brad Bersh, who helped sell bingo packets at the door with Carole Kendall, told me the count was close to 140 players that evening. Although that seems high, it is not unusual. It is typical for bingo night to fill the congregation social hall.

Bingo has remained a popular activity at the JCMI for 17 years, greatly due to the careful organization and planning 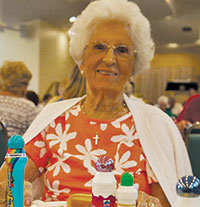 Alice Palys has played in every JCMI bingo game for 17 years. PHOTOS BY JESSICA HERNSTADT

done by the congregation, its bingo committee and volunteers. Their hard work and planning ensures a fun-filled evening for players on every visit.

Miriam Slavich, a JCMI bingo committee member, has been volunteering on bingo nights since it began. She told me that it is the “best committee that I have ever worked on,” with a waiting list to join.

Bingo is open to beginners as well as seasoned players. Miriam was happy to answer my many questions about how the game works. JCMI even provides written instructions to help players understand the games and learn the rules. 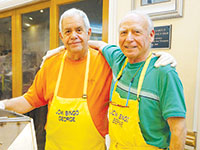 of 15 sheets, one bonanza and one speedy game play. In addition to the chances to win at bingo and bonanza, there is a hotball drawing and there are door prizes.

Sue Baum, JCMI president, told me that they expect a full house on bingo nights this season. When I learn that many of the players will leave with hundreds of dollars of winnings, I can see why.

When I commented on the crowd to one of the players, Alice Palys, she told me “this is only the beginning – you should see it in January!” And Alice should know. For seventeen years he has played in 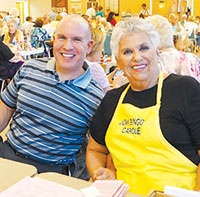 every Monday night bingo game – not missing a single one.

Alice has been a full-time Marco Island resident for over thirty years. She says she attends bingo at the JCMI because she “likes to meet new friends, keep my mind busy and it’s a night out.”

You can play bingo every Monday night at the Jewish Congregation of Marco Island, 991 Winterberry Drive, Marco Island. Doors open at 5:30 PM, bonanza is posted at 6:00 PM, and the first game starts at 7 PM. For more information call 239-642-0800.