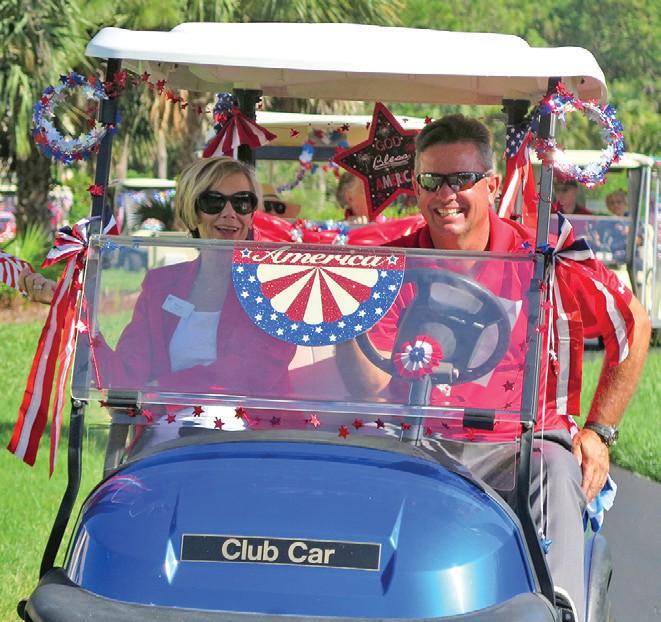 Southwest Florida-style show of patriotism and enthusiasm. Dozens of residents and employees 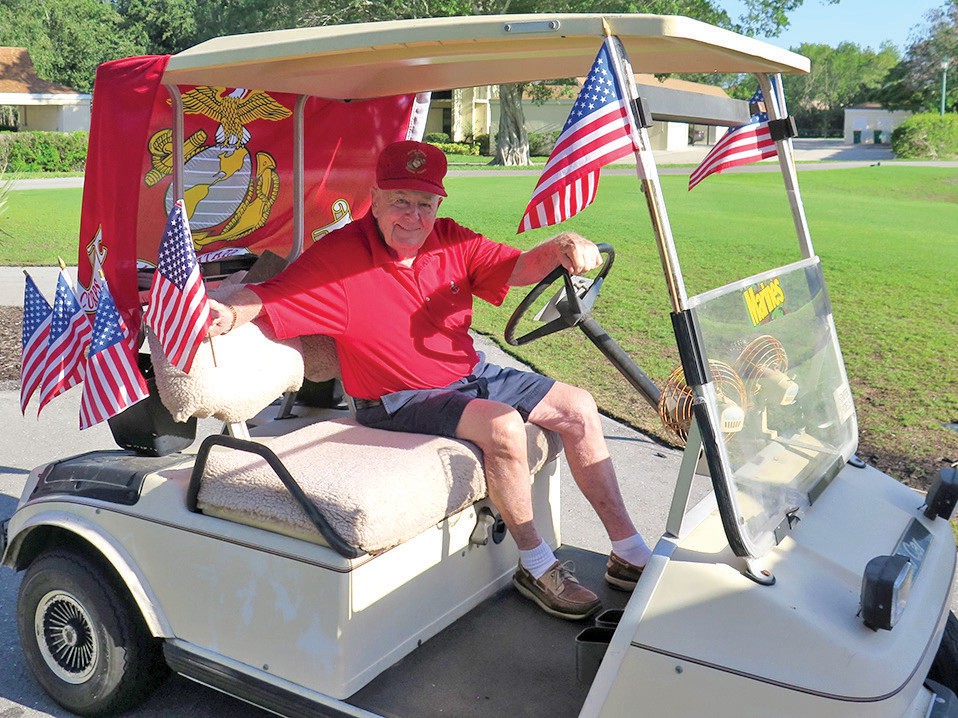 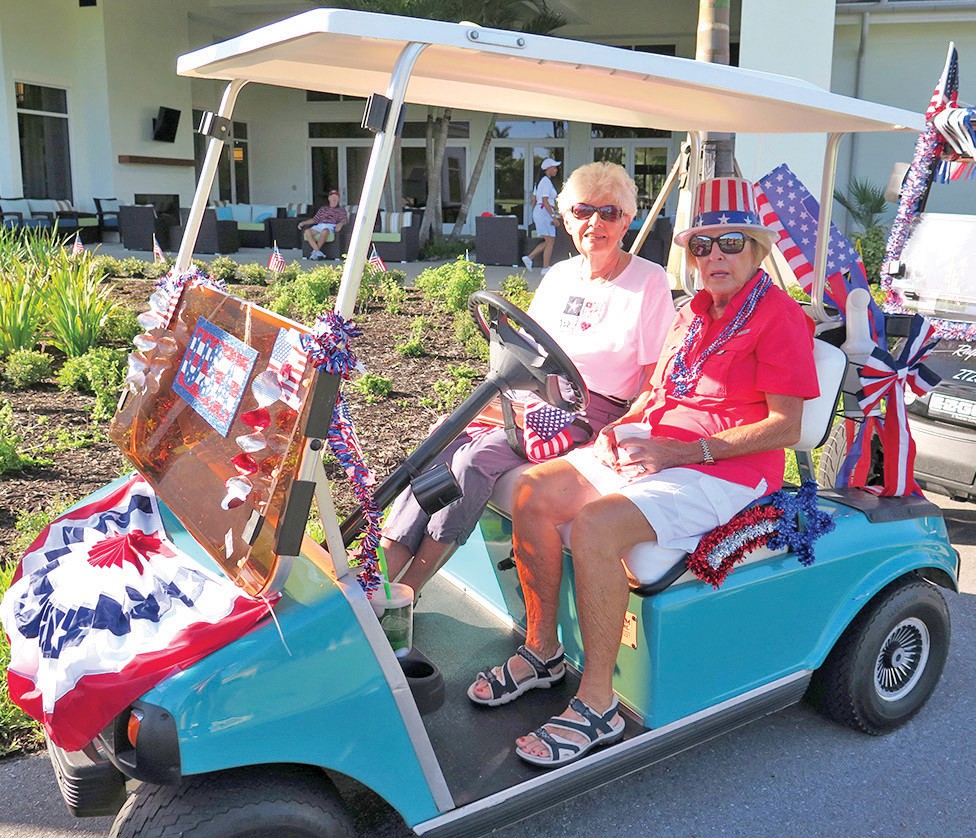 parade to commemorate the holiday. 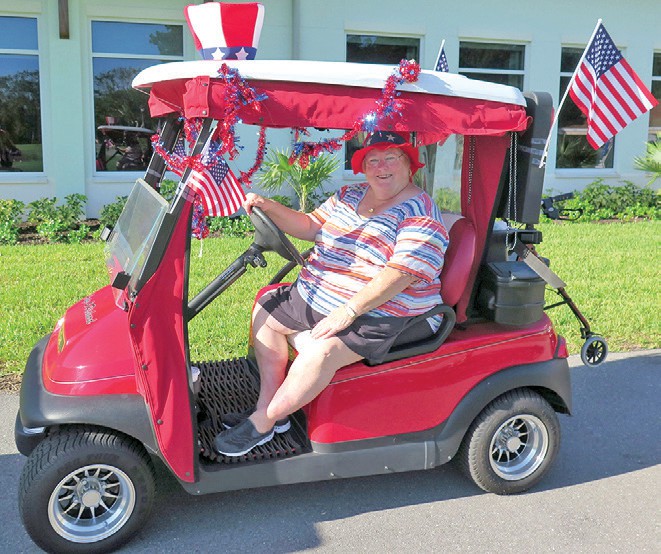 red, white, and blue as it traversed the 156-acre campus, passing viewing stations set up along the route.