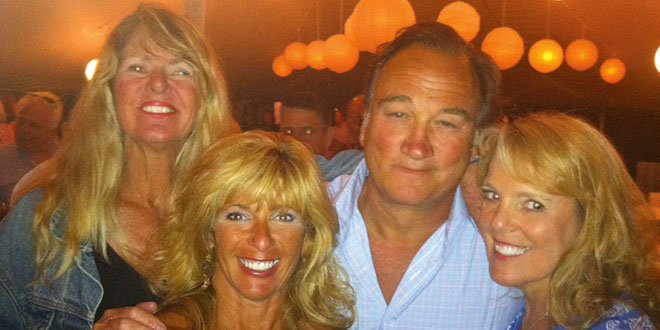 If I wrack my brain, I still don’t think I can come up with a good tennis movie? The key problem is that no one tries to make the scenes look credible, whether it is the movie, Wimbledon or so many others, the actor’s strokes look amateurish at best.

Conversely, many of the football, basketball or baseball movies come across as reasonably believable – the viewer starts to get involved in the story. Here are some of the great sports dramas of all-time: Hoosiers, Field of Dreams, Miracle, Brian’s Song, Seabiscuit, Remember the Titans, Rudy, We are Marshall and Invincible. All of these classics engage the viewer with a variety of techniques which include the actor (or his double) looking like the ‘real thing.’ But, every time I see a television or movie scene with someone hitting the tennis ball, I have to turn away because it is so pathetic.

If you recall the movie, “Taking Care of Business,” featuring Jim Belushi and Charles Grodin, the tennis scene bordered on ridiculous. Too often, the poor actor has not picked up a racket in his/her life and must ‘bat’ or swat the ball as it travels well beyond the baseline. Whether it is Jim Belushi or Adam Sandler, there is no reason to include these scenes in their movies. I will offer this interesting tidbit…Does anyone remember the 1979 movie, “Players?” Dean Martin’s son, Dean Paul was prominently featured and one little known fact is he was a pretty darn good tennis player.

During the movie, he often ripped some forehand drives that were visually pleasing and believable! Unfortunately, the movie was not a big hit and quickly forgotten. Speaking of ice skating, Jim Belushi and Larry David (Seinfeld and Curb your Enthusiasm) highlighted a fundraiser for the ice rink and were very gracious with the attendees.

We were told that Danny Ackroyd (SNL & Blues Brothers fame) would join Jim and they would do some Blues Brothers songs but no dice. Dan and his wife, Donna, live next door to one of my top students but she has not seen them all summer. But two of my friends were at a golf course the other day and the skies opened up and they ran for cover in a shed nearby. Wow, there was one other person in the small shed – – President Obama! They had about ten minutes to kill and were able to have a nice conversation with our President. (Yes, there were Secret Service outside.)

Last summer, my buddy’s wife saw a stranded motorist looking for help so she stopped her car to assist. “Gosh, I didn’t think I’d see a car out here, can you give me a lift,” he inquired. “Of course, where would you like to go,” Amy responded. Immediately, she realized that she was with Steve Martin and in short order he’s singing show tunes and cracking jokes for at least 20 minutes as she drove him to his car mechanic. Crazy.

Before we discuss the new Jimmy Connors, Maria Sharapova coaching arrangement, I have to admit I was shocked to hear about Marion Bartoli’s sudden retirement. Ironically, I have not heard anything about PED’s. Most sports commentators only talked about her body breaking down and she just could not go on anymore. We have witnessed other sudden retirements and they were just brief episodes, Kim Clijsters and Justine Henin come to mind. In this climate where “A-ROD,” Ryan Braun and so many others have been linked to PED’s, there have been murmurs about Rafa Nadal and others.

Specifically, Marin Cilic (Croatian star) is fighting an 18-month suspension. With so many athletes cheating and denying, a la Lance Armstrong, it clouds the sports world. It is inevitable for sports fans to be leery when an athlete achieves greatness. For example, Novak Djokovic has been questioned because he has played long 5-set Grand Slam matches and has been able to recover and win another long battle at the Australian Open and the US Open. I’m hoping that few tennis players have delved into the PED world because I love the game and wish for it to be as pure as possible.

There are so many gifted tennis coaches in our game and it always fascinates me when a current ATP or WTA star selects a former player to coach them on tour. Why? Most former tennis legends like Connors have never spent a minute on court teaching tennis. Believe me, I have spent hours with Jimmy on court and he was not up-to-date on our coaching trends. If we analyze his game, he primarily hit the ball flat and did not possess a big serve. In today’s pro game, everyone rips the ball with heavy spin and just about every Tour player clocks his serves 30 miles per hour faster than Jimmy in his prime.

We all know the tennis-world chatter concerning Jimmy’s traits, toughness and grit! He will emphasize his strengths and how he will transform Maria’s game. Really? Maria is already one determined competitor who had a coach who offered the same mantra. How will Jimmy differ from her former Swedish tennis coach, Thomas Hogstedt? Time will tell but it seems like a curious on-court tennis marriage… He had a brief flirtation coaching Andy Roddick and then has pretty much disappeared until his new book came out several months ago. Wouldn’t it be refreshing to have a current pro player choose a well known coach, someone who has been in the teaching trenches for twenty, thirty or forty years and is able to truly break the game down and offer real insights?

Personally, I have a myriad of coaching friends who have been perfecting the art of coaching for decades. Their ideas would be current and very relevant to today’s ever-changing game. Instead, Sharapova will have to pay a huge sum for nothing too imaginative. Oh well, it will be interesting to watch for the next few months.