Behind the dais with Chairman Ken Honecker 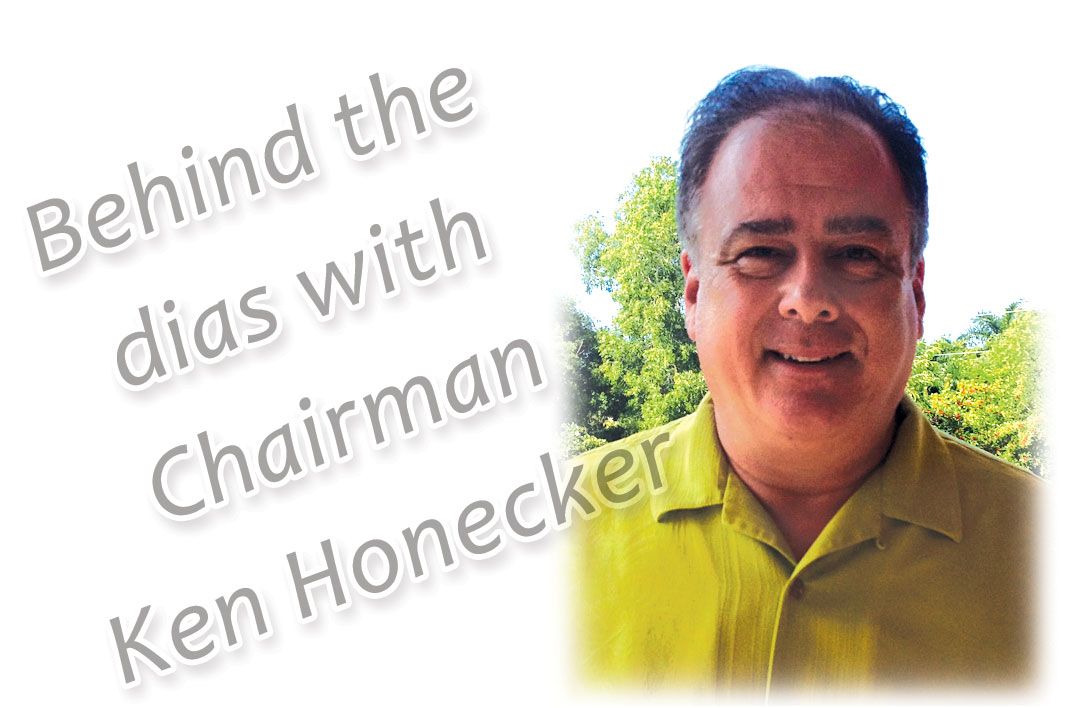 Ken Honecker’s work as a City Councilor for Marco Island — and now Chairman of the City Council — has been a happy accident. He never intended to get involved in politics.

“I started going to council meetings (as a resident) because (back then) it was the best comedy show on the island,” remembers Honecker. “It was better than Off the Hook… Back then, they would yell and scream. It was like British Parliament.”

But, he notes, “I never said a word. I just sat there and watched.” That is, until City Council started talking about the installation of experimental lift stations for the sewer system: “I said ‘uh-oh.’ That is when I started speaking up a little more.”

A few committee seats and an election later, Honecker is a fixture in Marco Island‘s political scene. He was honored when the other six city councilors unanimously selected him council chairman, but he is quick to add that this does not make him special. “It is a ceremonial position,” he says. “I don’t consider it a power thing. It is a little more work cutting ribbons and stuff, but you are not a special power.”

Even so, he and the other city councilors have a full plate of issues to deal with as he takes the chairman’s seat on the dais. Chief among them are utility rates, the search for a new city manager, the possible renovation of Marco Island Fire Rescue Department’s Station 50, the Marco Island Marriott Beach Resort’s proposed expansion project and the fate of the Smokehouse Bay Bridge and Mackle Park Community Center. Coastal Breeze News sat down with Chairman Honecker to get his perspective on these issues and what’s to come for Marco Island.

Q: What is your biggest concern right now?

A: We’ve got to get our city manager in here. There is a sense of a vacuum of leadership since Dr. Riviere resigned, and this long time to fill the slot has been a little detrimental to morale at city hall. That is why I am hoping on December 2 that we will be getting some candidates with the professional management experience to get these departments running again. This is critical.

Q: What are you looking for in a city manager?

A: I am looking for a guy that is not here to build an empire — someone who is perhaps on the back end of his career looking to get to a nice place with sunshine and to kick back a little bit, to run things very efficiently with a lean budget and almost to be in a position to mentor another candidate towards the end of his career. I want him to bring a person or two under his wing so we can have a transition moving forward.

Q: Where do you stand on the issue of Smokehouse Bay Bridge?

A: The bridge is a piece of junk. It is falling apart. It has to be fixed. This gets back into the prioritization of the prior councils. We spend $30 million fixing Collier Boulevard, but we don’t address the bridges. I would have said let’s fix our bridges first and then we can put the sugar coating on it and make it look all pretty. We kind of did it backwards.

That bridge is a key route on the island and it needs to be taken care of… I am cautiously optimistic that (Tim Pinter) is going to come back with a scaled back design, and I think it is going to come back to more of the originally budgeted number. I think we can handle that nut… We have plenty of cash lying around on the city side of the ledger. When it comes to 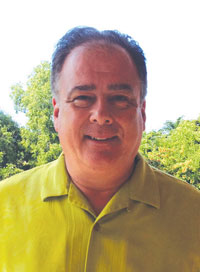 big projects like this, it is a 50-year asset. Why should someone living here for the next two or three years pay sky-high taxes to pay cash for a bridge that benefits people for the next 50 years? So, I look at it like maybe we want to borrow a little bit of cheap money right now and supplement it with our cash to take care of a big project like that.

Q: What about the Mackle Park Community Center?

A: That has disappointed me in the sense that we got the price down, and I thought for sure when I got it that low I’d get a lot more buy-in from the public. For the most part, though, even people that support it, still want it to go to referendum. I didn’t think that would happen. I have no problem putting it to referendum. I don’t think the price is still going to be $2 million. I think it will be more once we get updated pricing at the beginning of the year, and I hope we were not pennywise and dollar-foolish to get a free referendum in August if the price goes up because we were behind the eight-ball. I don’t consider it a life and safety problem like the bridge, and I think we can make the finances work.

Q: What are your thoughts on the Station 50 renovation project?

A: It started out, as I recall, as spending $100,000 to do a $1 million rehab to take care of the problems. How that morphed into a $3 million, new addition, extra space, fire house concerns me. That is why at the last meeting I was trying to think outside of the box and said let’s do what we can to fix the shell and the other stuff and do the other things down the line… In my mind, why build staffing facilities and bunk houses for extra fire fighters we don’t have at the moment. I’ve been in the building. It is a mess, and it is not a maintenance issue. It was used as a city hall. It was the police station. It was just a hodgepodge mess over the years so there is a legitimate problem there.

Q: What do you think of the Marriott’s proposal for expansion?

A: They made a deal with their neighbors about the parking across the street. If they can make those guys happy with what they are doing there whether it be a two-story, no two-story or a different type of two-story parking, I am okay as long as they are happy with that. As far as the beach side goes, what I saw from that first presentation, it didn’t seem like there was a lot they were doing – it seemed more like a reconfiguration, and if that is the way they are going, I don’t think I have a problem with that. Again, though, the devil’s in the details. There is a lot of vapor. I want to see the actual way it is submitted.

• He is originally from New Jersey, where his family ran Fairfield Refrigeration. The company sold, installed and serviced commercial refrigerated cases and walk-ins to super markets and big box retailers.

• His parents, Ken and Dorothy, were the greatest influences in his life. His father’s family immigrated from German and his mother’s family from Yugoslavia and Ukraine, coming to the United States through Ellis Island.

• He and his wife, Diane, have been permanent residence of Marco Island since 2002.

• They have been married 19 years, and have a new Cavalier King Charles Spaniel named Alexis.

• The three words he thinks best describe Marco Island are paradise, laid back and good people.