Bears are back; FWC warns stash your trash… 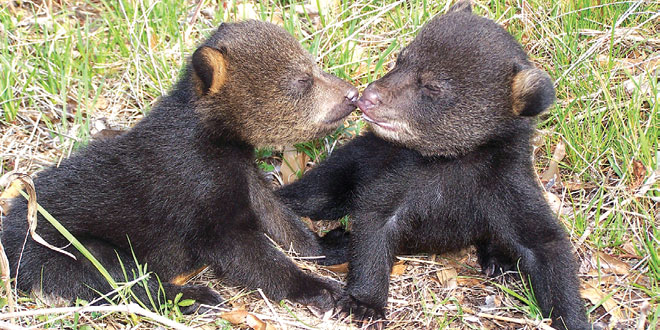 In fall, the world is an all-you-can-eat buffet for Florida black bears. Programmed to pack in extra calories before winter, bears can smell food a mile away and will eat almost anything. Bears may decide an overflowing trash can is easier pickings than searching for acorns and berries.

The Florida Fish and Wildlife Conservation Commission (FWC) reminds the public this is a critical time of year to properly store garbage, pet food and birdseed to keep bears out of places where people live and work. During the fall, bears with big appetites are less likely to linger in neighborhoods if people don’t give them access to food.

“People can prevent problems with Florida black bears by safely securing garbage, putting out garbage cans the morning of pickup rather than the night before, and using bear-resistant garbage cans or dumpsters.” said David Telesco, the FWC’s bear management coordinator.

Surveys of Florida communities with access to bear-resistant trash cans or dumpsters show the overwhelming majority are pleased with the results.

“The FWC is committed to helping the public keep bears out of garbage and out of neighborhoods,” said Telesco. “Now, we’re asking the public to help us better understand the range of the Florida black bear in the wild.”

As bears become more active in fall, more people are also going outdoors for hunting, fishing, hiking, biking and wildlife viewing. The FWC is asking the public to report their sightings of Florida black bears or their tracks to a new Web page: public.myfwc.com/fwri/blackbear/. Biologists are especially interested in sightings of a female bear with cubs.

The bear sightings Web page will

If you live in an area where bears are common, the use of bear-resistant garbage cans can keep the wild animals at bay. PHOTOS COURTESY OF MYFWCMEDIA.COM

help biologists update the map of where bears live in Florida. However, the Web page is only for sharing bear location information. FWC regional offices remain the places for people to call for advice on how to resolve human-bear conflicts.

The Web page has the option for people to upload photos of bears or their tracks. But please do not approach bears to take photos of them. Black bears are generally not aggressive, but approaching them can make them defensive. Adult males typically weigh 250 to 400 pounds and can be as large as 600 pounds. Extra caution is appropriate when a mother bear and her cubs are sighted. Photos from game cameras are welcome.

“We know about prime bear habitats such as the Apalachicola National Forest, Ocala National Forest and Big Cypress National Preserve. While bear subpopulations are mainly centered on large public lands, bears also occur elsewhere, and those locations have been underreported,” said FWC bear research biologist Brian Scheick. “Our bear range data is 11 years old, and we are excited about getting the public’s help in identifying all the places where bears now live in Florida.

“What we learn from the new bear sightings Web page will inform the FWC’s efforts to document bear distribution and help with future bear management decisions,” Scheick said

The black bear is a conservation success story in Florida, with the population growing from as few as 300 bears in the 1970s to an estimated population of more than 3,000 today.

Go online to learn how bear-resistant trash cans work and what to do if you encounter a black bear at MyFWC.com/Bear.