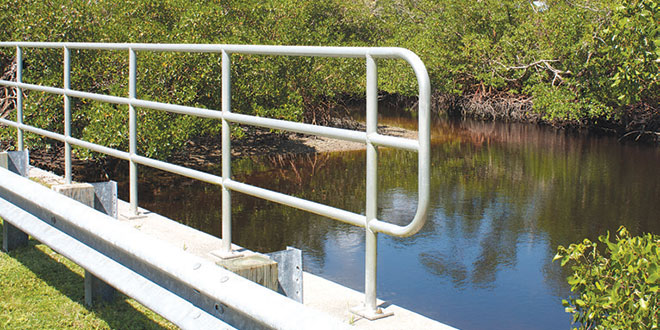 Improving tidal flow beneath the Goodland Road bridge could be a start to fixing the flooding issue.

The Goodland Road and what should be done about it was the main topic of discussion on Tuesday, Dec. 2, when the Collier County Board of Commissioners and the Marco Island City Council came together at Government Center.

Goodland Road (County Road 92A) is the only access in or out of the community of Goodland, and it acts as the singular emergency route for 300 homes. It’s long been in need of repair, as it often becomes impassable during high tides and storm surges.

In 1999, Collier County ceded all roads within the city limits to Marco Island, but Goodland residents feared for the future maintenance and safety of their road if left in the hands of the city; it was deemed exempt from the deal at that time.

Then, in 2002, the county entered into a 15-year interlocal agreement with the city of Marco in which the county would transfer ownership of Goodland Road to the city, and pay $1 million per year to the city for the purpose of maintaining its integrity and safe passage. However, the county believes that over time this has not been done.

Vague language in the 2002 agreement seems to be the main source of some on-going disparity, but county commissioners contend that it was their original intent to use as much of that money as was necessary to keep Goodland Road in good repair and well maintained.

“The original agreement was in 1999, not 2002. There was no payment as part of that agreement. Remuneration only came into the agreement with the transfer of the Goodland Road,” said County Manager Leo Ochs.

Since acquiring the road 12 years ago, the city has completed general maintenance and improvement elements, but an ultimate solution to the looming threat to public safety has yet to be implemented, and time is running out.

With only three installments left, county commissioners asked city councilors if they would be willing to set aside and escrow the remaining $3 million and earmark it for specific renovation and rehab of the road.

The Goodland Road flooded over completely during both Tropical Storms of 2012. FILE PHOTOS

The request was met with hesitation as councilors agreed the topic would have to be further discussed at a later date before any commitment could be made.

City Manager Roger Hernstadt said that a previous design-study plan to fix the road was shelved at 40 percent completion. The design was halted when the Conservancy of Southwest Florida stepped in and asked for a hydrological study. The city said that they have been ready to do the study for some time, but worries of the Conservancy’s ability to cut short any further action has stalled progress.

Their uncertainty was addressed when the county attorney assured everyone present that with respect to the road the Conservancy does not have any say in this.

Nicole Johnson, representative for the Conservancy, did not agree.

“We have never said the road should not be improved, but because of the sensitivity of the area, as an environmental organization, we are very concerned for the health of the mangroves on either side of the road,” said Johnson. “And as a signatory to the Deltona Settlement, we do believe that we have oversight authority. If something is done to the road that impacts the mangroves outside of the existing footprint, I think that is something we do have enforcement over.”

She stated that understanding the hydrology of the area is necessary in avoiding another mangrove die-off similar to the Key Marco area. Goodland Road is not up to current construction standards. Instead, it basically floats on top of the water; keeping the current water flow unchanged is their priority.

In the interest of progress and for the sake of assuring public safety, the overall tone of the meeting remained cooperative; teamwork was the theme and moving ahead as soon as possible the desired outcome.

“We have an elderly population on Goodland, and my primary concern is their safety,” said Goodland Civic Association President Greg Bello. “We are completely in tune with the environment. We support a lot of what the Conservancy is saying; we are interested in maintaining the beauty of the

entry, but we’re also interested in getting this done relatively quickly so that we can avoid a life-threatening situation.”

“It’s a health, safety and welfare aspect for us. We are getting to the point where we need to work together,” said Mike Barbush, a 33-year Goodland resident. “Time is of the essence here. We’re partners in this, and I want to see us work together for some logical solution everybody’s happy with.”

“We always like to work with our partners. We’ve worked with the city of Marco, the city of Naples, Everglades City and always with the Conservancy; we want their approval too, but at the same time, we need to keep in consideration this road is a priority. We are at the end of our time limit. The money is running out,” said Donna Fiala, Collier County Commissioner. “Let’s see if we can come up with a compromise for the betterment of the people at the end of that road.”

County Commission Chairman Tom Henning summarized that the plan going forward would begin with an executive summary to be brought to both boards. The summary will outline the scope of the project — from start to finish — and will address each party’s intentions. It also will contain input and expectations of Goodland’s residents, Florida statute information and all attorney opinions.

Collier County Commissioner Penny Taylor expressed her hopes that the executive summary will also include Marco Island’s decision on setting aside the $3 million specifically for Goodland Road.

“This project is going to far exceed $2 million when it’s done, even the county’s portion will depend on the scope,” said Nick Casalanguida, administrator for Collier County’s Growth Management Division. “We want to participate. It will take us several years to go through this process before we’re ready to construct. Obviously, time is of the essence, both for the Goodland residents and for the funding that’s potentially earmarked for this.”

“Today was a great day for us; we got things restarted. Now, I hope that everyone can work together for the benefit of Goodland,” said Barbush.