Bark Busters: A Better Way to a Better Dog 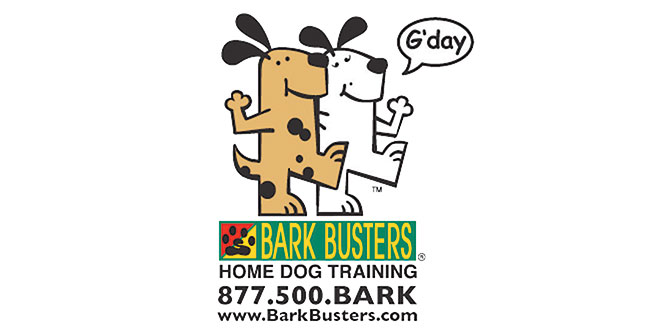 Naples Bark Busters, owned by June and Colin Glass, provides dog training and behavior services in Naples and Marco Island. In 2008, the couple, originally from Scotland, opened their business in Naples, combining their love of dogs with their desire to live on Florida’s Gulf Coast.

Bark Busters’ philosophy is to get the dog to think and make correct decisions. They never use pain, electricity or treats (“PET”) as training methods. “No PET’s!” Colin explains. One method they do use is a special Bark Busters collar that allows the owner to correct a dog’s unwanted behavior with a gentle tug on the leash, and a strong word-“BAH!”

Colin tells us that “aggression is a behavior- not a temperament.”

Who has the greatest success? Colin has found that “success depends on the commitment of 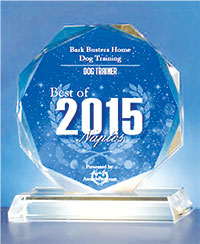 the owner,” which is much more important than the dog’s particular breed. He does note, however, that as a breed, pit bulls enjoy great success with training due to their intelligence and eagerness to please their owners.

How about the old adage “You can’t teach an old dog new tricks?” “Not true!” Colin tells us. Behavior issues in older dogs are treatable at any age. Colin and June recently trained Nacho, a 14-year-old spaniel who was having issues following the death of one of his owners. After in-home training sessions with the dog and his owner, the problem was fixed. “Training works best at a client’s home,” Colin says.

Colin and June have also been working with 9-year-old Pepper, a border collie mix, who exhibited behavior changes after the loss of an older family dog. Improvement in her leash walking was seen after just one session. Through observation, Colin and June discovered that the owner’s anxiety was affecting 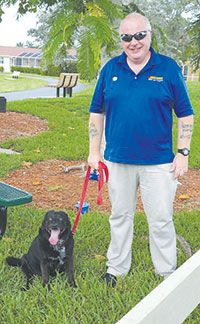 Pepper on her walks. Leaving the leash loose, rather than on a tight hold, helped to relax Pepper and make her feel secure on her walks. Psychology of humans, as well as dogs, plays a big role in the success of Bark Busters’ methods.

Recently the couple was awarded Best Dog Trainer in Naples 2015 by the Naples Award Program. Awards in 2014, from Bark Busters’ corporate, included Trainer/Therapist of the Year and Office of the Year. Naples Bark Busters was selected from over 200 Bark Busters nationwide.

Don’t let the name ‘Bark Busters’ mislead you- excessive barking is only one of the problems that Bark Busters treats. Digging, aggression, anxiety, pulling on the leash, and accidents in the house are also treatable through Bark Busters training. If you have a puppy, they can train him/her too, as well as obedience training in general.