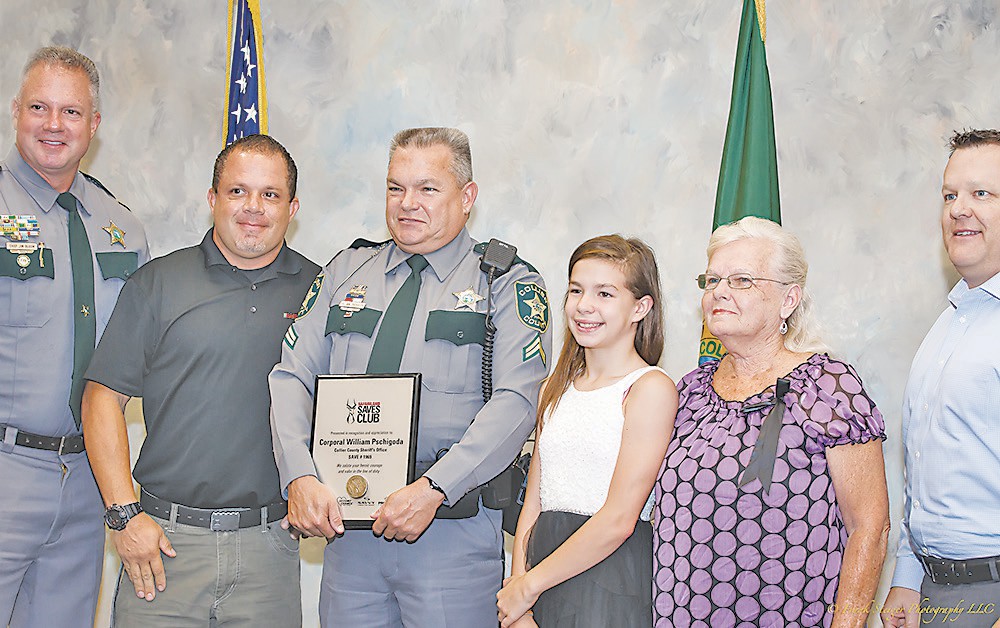 Corporal Pschigoda suffered extensive head injuries as well as injuries to his arms and legs. His chest and back were covered by his SafariLand Armorwear Gold II 4.0 ballistic vest. His chest and back were protected by the vest and did not suffer any injuries. The vest sustained many deep cuts across the back from the broken glass and metal as well as the asphalt. It was determined that the ballistic vest saved Corporal Pschigoda’s life.

Recently a ceremony was held, where SafariLand Director, Nicholas Gorsky and Account Manager, Shawn Welch, said a few words and presented Chief Bloom and Corporal Pschigoda with a plaque and a few other items.