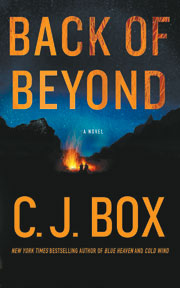 I am 72 years old, so even five years ago I should have been old enough to know that a woman my age does not sign up for a 100 mile horseback ride into the Bob Marshall Wilderness in northern Montana, especially since I had never ridden a horse before. “Should have” being the operative words here as I did indeed let myself be persuaded to do that very thing with the promise that there would be fantastic scenery and equally wonderful fly fishing in streams seldom fished. Taking such a trip with my husband and a very dear friend, along with a few of his very nice relatives sounded like a good idea at the time. The scenery was indeed something you could see in no other way. The camaraderie was wonderful, our guides outstanding, and the food cooked over a camp cook stove was delicious. Riding a horse for 100 miles practically straight up a mountain or straight down was excruciating and camping in an area that had recently had a forest fire go through it was downright filthy. We had to take everything we might need, in and out, on mule and horseback. A new primitive camp was set up every night. On the balance I am glad that I went but it will not be something I will repeat ever again.

You might wonder why I have recounted this experience. I do have a reason. Back of Beyond is set in just such a situation as I have described, with the exception of its being in Yellowstone National Park.

Cody Hoyt is an investigator in the Lewis and Clark Sheriff’s Department. A recently recovering alcoholic, and somewhat of a loose cannon, he is grief stricken to find that his AA sponsor, Hank Winters, has died in a cabin fire. While others conclude it was an accident he feels that the fire had been set to cover up a murder. On further investigation he finds evidence to support his feelings. He also discovers that there have been four other similar suspicious deaths involving partially burned buildings, though none very close by. All the victims had been members of AA. When Hank’s melted computer is checked it is found that the last site viewed was for Wilderness Adventures where a guide takes groups deep into Yellowstone Park for one week trips. Since Cody knows that this type of thing would not interest Hank he suspects the person responsible for his death had been on the computer. His interest becomes quite intense when he learns that his son, Justin, has gone on that very trip with his step-father. Although he has been forced to step aside from the case when he somewhat accidentally shoots the coroner, his partner, Larry, agrees to help him investigate further.

Hoyt is able to get a copy of the list of people, and their backgrounds, on the trip and separates them into those he thinks might be the killer and those he thinks are not. However, he reminds himself that any of them could be guilty.

We soon get to know some of the participants of this Wilderness Adventure. We meet Gracie and Danielle who are on this trip with their father Ted, who they seldom see as he is divorced from their mother. They quickly learn that the one single woman, Rachel, is their father’s girlfriend. There are three young men from New York City who are on their annual fling together plus the Glodes, a couple who appear to be on the brink of separation. Then there is K.W. Wilson who curiously appears to have little interest in the trip or its participants. Their professional guide is Jed McCarthy and his young assistant, Dakota Hill.

Events soon occur that have some of the campers on edge. Several of the horses bolt and head off down the trail and the guide allows a couple of the men from New York, though inexperienced, to go off on their own to look for them. Jed suggests that the group take a different route than was originally planned with an excuse that doesn’t ring true and is questioned by one of the men. Gracie hears noises in the middle of the night that sound as though someone is being hit.

Throughout the chase Cody is thwarted many times in his hunt for the guilty party and attempts to prevent further deaths. Sometimes it is because of the “bad guys” and sometimes because of his own paranoia. You will find yourself jumping from suspect to suspect throughout the story. Occasionally the person you have suspected becomes one of the victims. This is not a tale that will have you convinced that you know who the killer is right from the start. There will be no “I knew it!” And at the end you can decide for yourself, not withstanding the murder and mayhem aspect of the events told here, whether such a trip as this would be your cup of tea. I made it and lived to tell about it. Want to give it a try?