Blame it on the Boomers 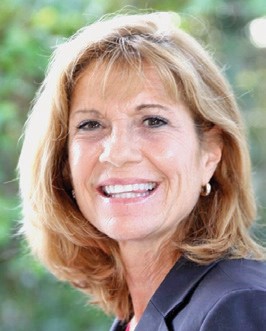 “Innovation is the calling card of the future.” ~ Anna Eshoo, U.S. Congresswoman

Question: Do you think there will be a resurgence of manufacturing jobs in the United States?

Answer: I’d like to say yes but the numbers tell a different story. During the last two recessions manufacturing jobs declined and haven’t bounced back as they’ve done in past recoveries. Technological advancements, lower wages in other countries taking jobs offshore and the fact that many labor force participants shunned blue-collar jobs while pursuing other endeavors contributed to the decline. Usually after a recession, manufacturing jobs rebound, but that hasn’t occurred during the last two recoveries.

There is an increase in demand for skilled employees yet supply is lacking. Some resourceful employers are partnering with educators to groom potential employees to match their needs. As noted, lower wages overseas, advancements in technology, and increased demand for skilled labor, especially in the health care field, all contributed to the decline in our manufacturing base.

Robots and automation are pushing efficiency and output to record levels while replacing workers. This leaves companies needing fewer employees to produce more merchandise. Approximately half the job losses are due to technological advancements and those positions aren’t expected to come back. With more industrial innovation and improvements expected, it’s likely that manufacturing jobs will be reduced even more.

In contrast, manufacturing was the backbone of the American economy after World War II providing steady employment and good wages for millions of workers. The American Dream is changed. Today, there are 37 percent fewer manufacturing jobs than there were in in 1979 when the industry provided 19.5 million jobs. The sector’s downfall over the last thirty-eight years is reshaping the economy and will provide alternative employment opportunities for current and future generations.

Between 1946 and 1964, according to the U.S. Census Bureau, there were approximately 76.4 million Americans born; we’re fondly known as Baby Boomers. As a member of this group, I can say that we’ve been disruptive right from the start. Our mere presence and sheer numbers brought about increased demand for goods and services right out of the gate fueling much of manufacturing’s growth. As we came of age, Boomers flooded the labor force continuing to contribute to overall economic growth. Our needs created jobs, which contributed to wage and production growth.

YOU ARE NOW CONNECTED

Technological advancements, telecommunication improvements and the arrival of the internet all contributed to the decline of U.S. based manufacturing. With enhanced communication abilities between countries, the scope of international trade agreements expanded. Growth in international trade led to improved supply-chains meaning larger, more efficient container ships and upgrades at domestic and foreign

port to support the heightened activity. This, in conjunction with the reduced costs of offshoring, made it easier to bring products to the U.S. while eliminating many of our manufacturing jobs. (Source: Bureau of Labor Statistics)

It’s unlikely that domestic manufacturing jobs will completely disappear. The likelihood is that increasing employment opportunities in other sectors such as education and health services are more probable going forward due to demographics. Blame those Boomers and their changing needs since the population mix typically determines what sort of jobs are necessary. As baby boomers age and enter retirement, we’re once again reshaping the economy. Jobs in the healthcare and social assistance sector skyrocketed, growing 107 percent since 1990, the first year the Bureau of Labor Statistics (BLS) tracked the sector, while manufacturing jobs fell 30 percent over the same timeframe. The BLS expects 3.8 million additional healthcare and social services jobs by 2024, when the oldest boomers turn 78.

Employment growth is expected in the education and technology areas. The BLS projects increased enrollment in postsecondary education as the college-age popula- tion grows and more adults return to school to learn new skills. Technology will be a large focus for all students entering school as its role in the economy continues to grow. Many employers are looking for highly skilled workers.

Collectively, the economic signs don’t necessarily point toward a U.S. manufacturing renaissance. Vocational programs, apprenticeships and industry specific training are becoming very attractive in today’s job market. Career opportunities do exist with a new direction for the new path to the American dream whether it’s in technology, healthcare or industrial manufacturing. A new skill set is likely needed. Stay focused and invest accordingly.

Views expressed are the current opinion of the author and are subject to change without notice. Information contained in this report was received from sources believed to be reliable, but accuracy is not guaranteed. Information provided is general in nature, and is not a complete statement of all information necessary for making an investment decision. There is no assurance these trends will continue or that forecasts mentioned will occur. Investing always involves risk and you may incur a profit or loss.

“Certified Financial Planner Board of Standards Inc. owns the certification marks CFP®, CERTIFIED FINANCIAL PLANNER ™, CFP® (with plaque design) and CFP® (with flame design) in the U.S., which it awards to individuals who successfully complete CFP Board’s initial and ongoing certification requirements.”