Art In The Library 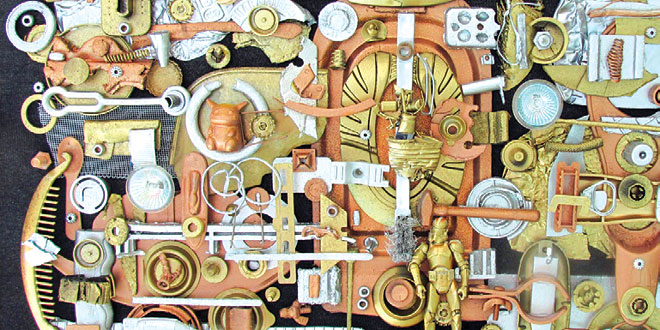 The Marco Island Public Library and the Marco Island Center for the Arts work cooperatively to provide monthly art shows in the Marco Library branch on Heathwood Drive. Each artist will exhibit for two months. During January and February, the work of Marco Island artist Karen Swanker is being featured.

Found objects make up Swanker’s unique assemblages. She uses once-useful items that now are broken, dropped, crushed or just castoff onto the street. These “treasures” are then painted and assembled in glass-enclosed boxes. An advocate of recycling and raising the consciousness of the mark we leave on the Earth, Swanker’s pieces give the viewer an idea 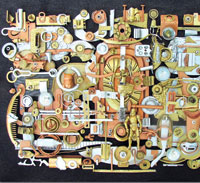 of the amount of litter that can be found even in a small area and how those discarded items can be turned into amazing artwork.

Influenced by found objects artists Robert Cornell and Louise Nevelson, Swanker puts her own interpretation into an art form that has been used by famous artists throughout history. Pablo Picasso first publicly utilized the idea when he pasted a printed image of chair caning onto his painting titled “Still Life with Chair Caning” (1912). Marcel Duchamp is thought to have perfected the concept several years later when he made a series of ready-mades consisting of completely unaltered everyday objects.