Art in All Forms Embraced by MIFA 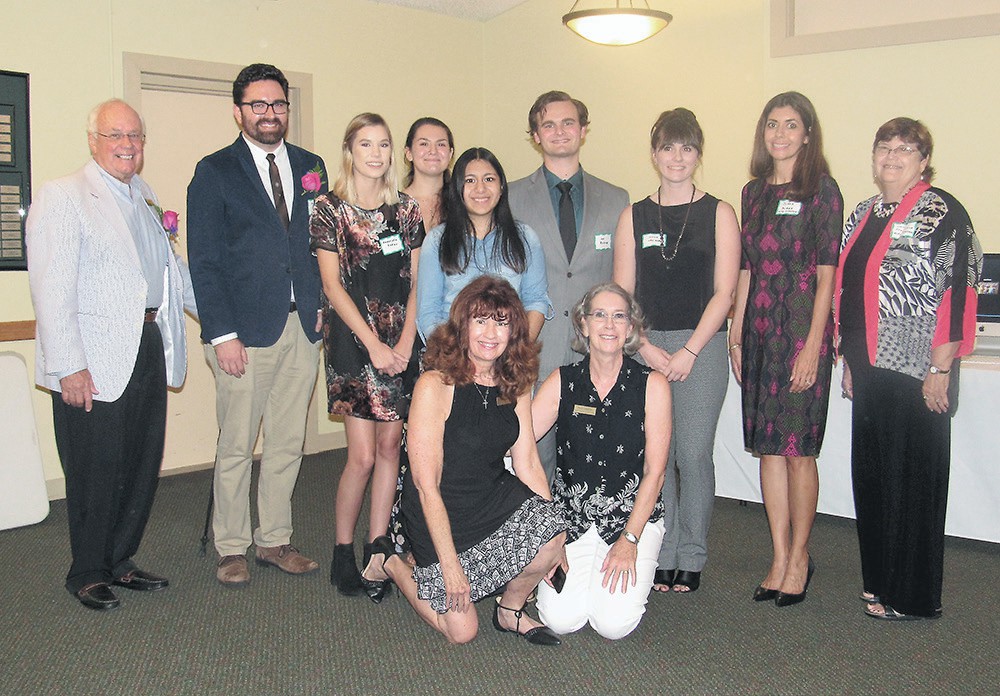 Austin Bell and the MIFA board with the scholarship recipients. Photos by Maureen Chodaba

The Marco Island Foundation for the Arts (MIFA) is a charitable non-profit 501(c)(3) organization dedicated to bringing literary, visual and performing arts to public places on Marco Island. At their recent annual luncheon, scholarships were presented to five students who are majoring in the arts in college. Also included at the luncheon was the presentation of the prestigious MIFA Artist of the Year Award to Austin Bell, Curator of Collections of the Marco Island Historical Museum. The event was held at the Wesley United Methodist Church, with delicious catering by Stonewalls Restaurant and floral designs by the Calusa Garden Club. 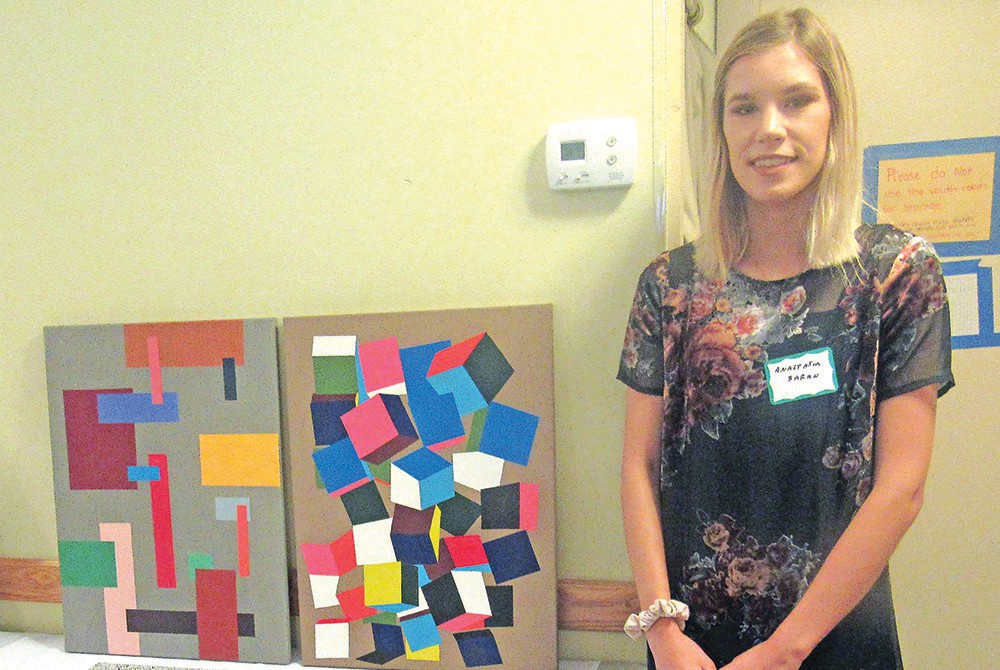 Anastasia Baron and her artwork.

presented to local students Anastasia Baron, Livia Lenhoff, Emily Orgass, Brenda Perez and Joseph Byrne. Byrne, a musical creative performance major who is receiving the scholarship for the third year in a row, moved the crowd with his emotional rendition of the song “Origin of Love.” Several of the other scholarship recipients showcased their visual creative artwork as well. One could not help but feel that we were in the presence of the great artists of our future. 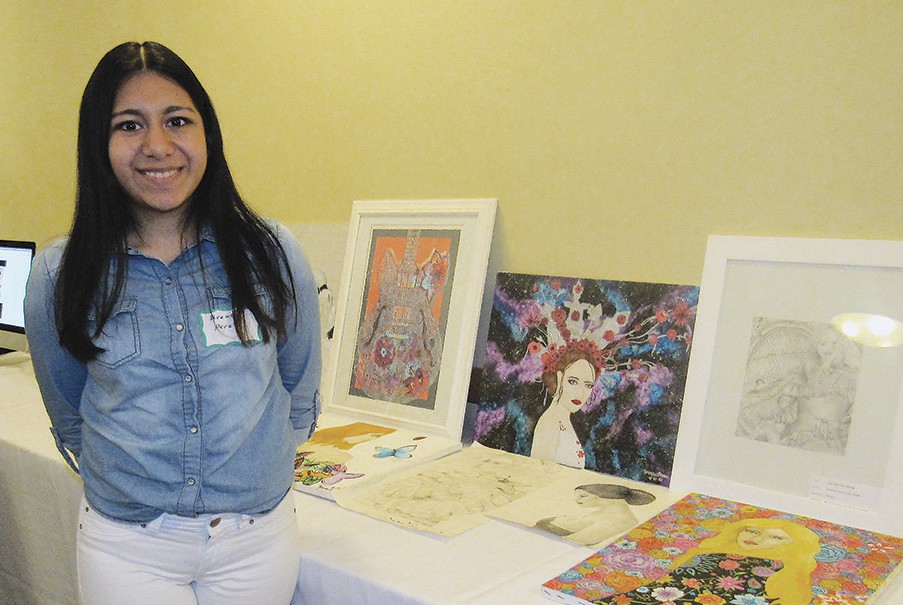 who wowed the crowd with their Disney based dance steps.

As he took the podium, MIFA 2017 Artist of the Year Austin Bell told the crowd how “crazy” it seemed that he should be receiving the award. He jokingly said, “I can’t even draw.” Ironically, those words were spot on in describing the new, far broader meaning of the word “artist.” Bell was nominated for the award by Pat Rutledge, executive director of the Marco Island Historical Society (MIHS). Rutledge said, “Austin is not a painter, a sculptor nor a photographer, but someone who has made an outstanding contribution to the cultural 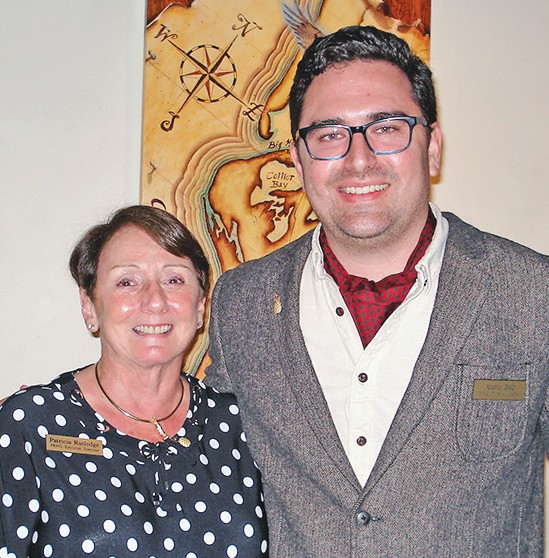 Pat Rutledge with Austin Bell at the museum.

life of Marco Island in a different way.” Bell has curated three permanent exhibits inside the Marco Island Historical Museum that tell the story of our island from the days of the Native Americans, the early pioneers and the days of modern development with the Mackle Brothers. In addition to that, Bell served as the artistic director of the Windows and Doors to History exhibit on the exterior walls of the museum. This artistic collection of panels tells the story of Marco Island’s extensive history. This coming October, watch for Austin Bell’s upcoming book “Marco Island” in the popular “Image of 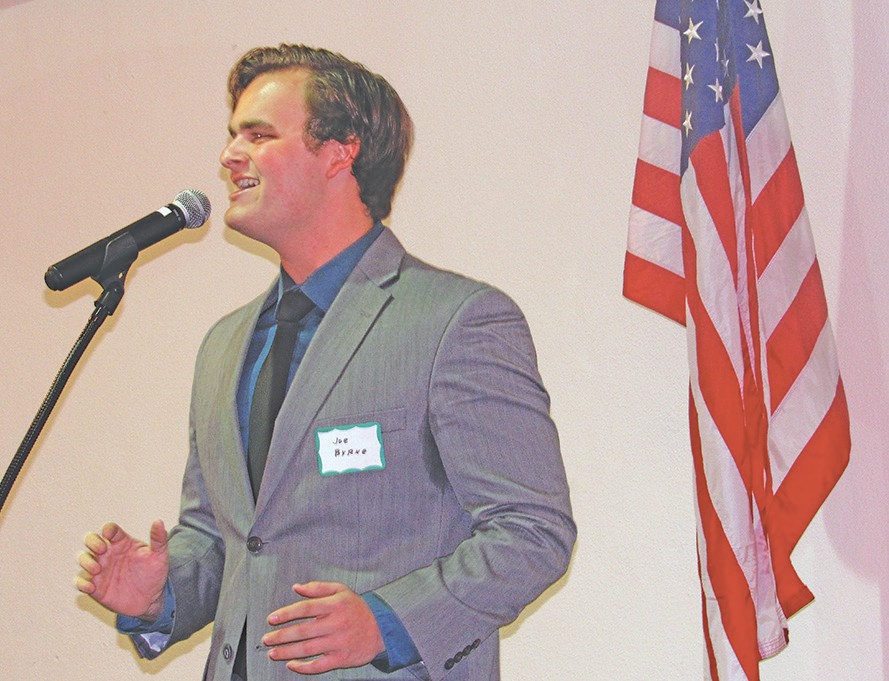 Getting back to his personal description of his reception of the award as being “crazy,” Bell lightheartedly told the young scholarship recipients, “A little stubborness and craziness can be a good thing. Sometimes you have to be a little stubborn if you have a vision. If you are getting satisfaction in what you are doing, keep doing it!”

Perhaps the most touching and profoundly artistic statement of the day came from long time Marco Island resident Emily Savage, wife of Herb Savage, an architect who worked with the Mackle Brothers in the early days of the island’s development, 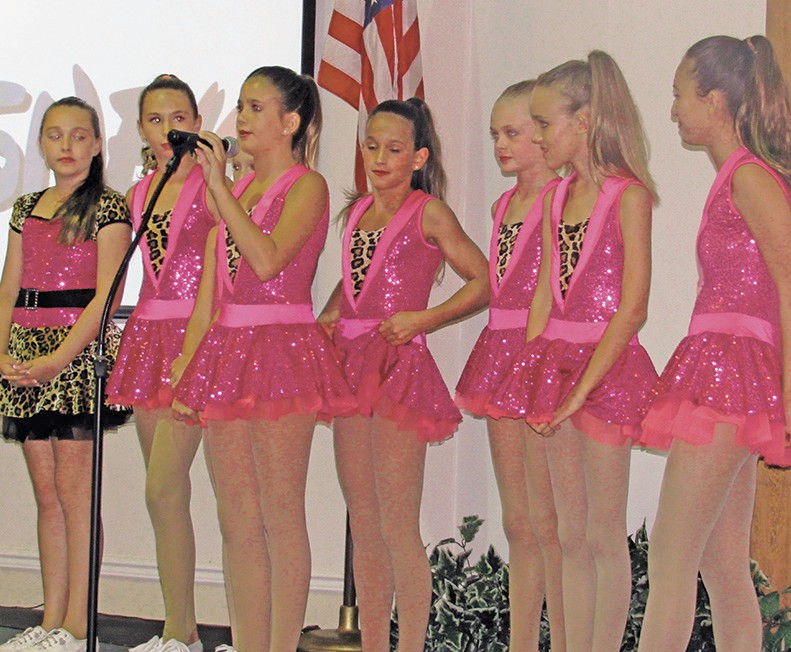 including the original tower of what is now the JW Marriott. She praised Austin Bell, saying “Herb’s architecture was part of Marco Island’s historical art. Thank you, Austin Bell, for preserving Herb’s art in the Marco Island Historical Museum.”

MIFA President R. Clark Lindberg, Vice President Karen Swanker and the MIFA Board would love to see the entire community involved with this wonderful all-volunteer organization. As a community organization, MIFA sends their message to Marco Island, saying, “We believe that the arts are the catalyst in bringing people together and help to create a sense of community.”