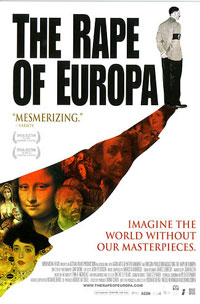 The Marco Island Center for the Arts has announced the launch of an Art Flicks movie program that is free and open to residents and island visitors alike. The program, which will feature theme-based foreign, independent and “art” films, refreshments and a lively discussion, will be held at the Marco Movie Theater on 599 S. Collier Blvd. The theme for the 2014 is The Art of Stealing Art and will feature the following movies:

“We wanted to broaden the appeal of the Art Center,” commented Rosemary Wick, Board President, “and we felt that this Art Flicks program would help create a more well-rounded appeal for an already robust art, class and exhibit schedule. It is a great way to bring educational, historical and entertaining films to Marco that people would be interested in seeing and talking about.”

The 2014 theme is a very timely one, given the recent discovery in a Munich, Germany, apartment of $1.3 billion worth of stolen art. The first film, Rape of Europa, is an award-winning documentary on the systematic looting of Jewish art by the Nazis leading up to and during WWII.

The Marco Island Center is open Monday through Friday, 9 to 4PM, and selected weekends during season. An opening reception on the second Tuesday of each month from 5:30 -7pm launches the Center’s new exhibits. Refreshments are served. For more information, call 239-394-4221 or visit the Center’s website: www.marcoislandart.org.