The Marco Island Center for the Arts is examining utilizing a cutting-edge building method for the organization’s proposed facilities expansion.

Graduate and postgraduate architecture students at New York’s Cornell University are collaborating with the Center on the design of a “stressed membrane structure” constructed of fiberglass and Teflon. The technology creates strong, energy efficient buildings offering abundant natural lighting and reduced operational costs.

The partnership is the result of the center’s being selected by Cornell’s architecture department to take part in a collaborative design project, thanks to a member of the center’s board of directors, Bruce Graev, a Cornell graduate.

A team of eight Cornell students spent the first week of April at the center conferring with the board and Hyla Crane, the center’s executive director, and working on the design.

“They saw the building and they saw the community and they tried to come up with some design solutions that would help the center for the arts move forward,” said Graev.

Graev said the relationship began with a suggestion that the center have an exhibition of fabric art in 2014, concurrent with the board “looking at the fact the Center for the 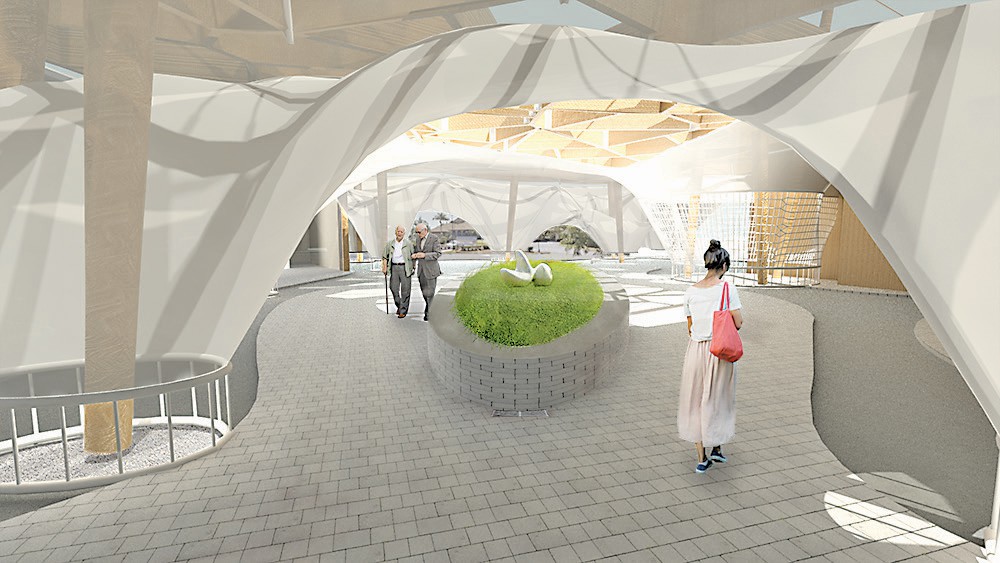 Arts was outgrowing its facility.

“What popped into my mind was why stop at an exhibit, why not do a building because I had seen buildings made of fabric,” he added. “In my mind, I felt who would be better than Cornell University, which has one of the country’s best schools of architecture, it has a textiles department and the collect of engineering is also one of the country’s best.”

He had an opportunity to pursue the idea not long afterward when the university’s provost came to Naples to address the Cornell Alumni Association of Southwest Florida. Graev spoke with the provost, who recommended he contact Hubbell, which initiated the process that resulted in the collaborative effort.

Stressed-membrane structures can be found across the United States; Denver International Airport, The Carnegie Science Center in Pittsburgh and Atlanta’s AT&T Global Pavilion are examples, as well as internationally.

Graev said the eight Option Studio students broke into two groups during their visit, with each creating its own design, which was then presented to the board of directors.

“We told them what we liked and what we didn’t like and they went back to Ithaca (New York) and went back to work,” he added.

Hubbell secured the involvement in the project of Nicholas Goldsmith, a senior principal at stretch membrane specialist, FTL Design Engineering, in New York City, and a team of other experts.

Among the ideas being discussed by the board 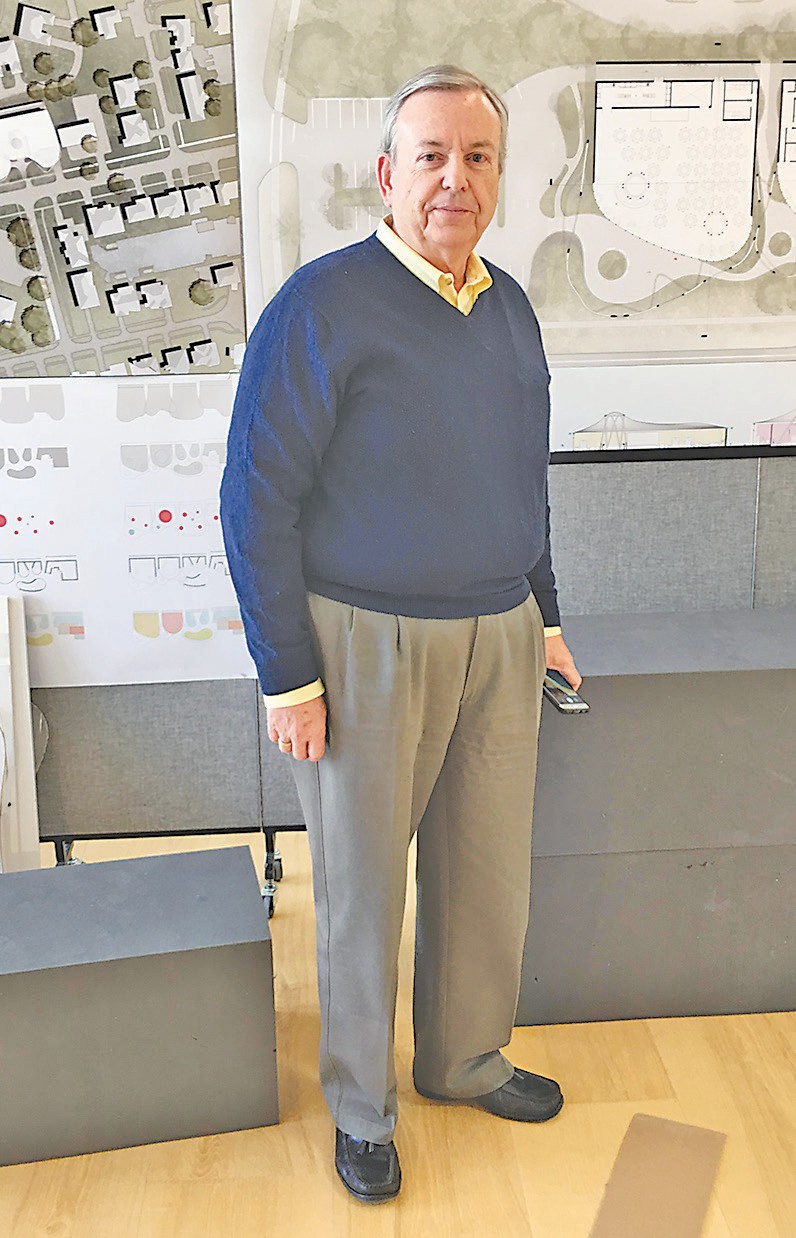 are incorporating a capability for water-powered kinetic art into the design and having a rooftop solar array.

Graev, Crane and his fellow Cornell alumni and board member, Carole Roberts, traveled to the Cornell campus in early May to view the results.

“Honestly we were blown away by what they came up with,” he said. “They (the designs) were fabulous.”

Hubbell and Goldsmith are sharpening up the design and the board now has to formulate plans for how to proceed, said Graev, who added there are no cost estimates as of yet.

Graev said the current structure is 47 years old and has infrastructure and space problems, given the level of attendance in the center’s classes, art shows and other events. “This is a very effective way to take both of those problems in a very environmentally friendly way,” he added, noting that the new structure will be designed to meet LEED certification standards.

“We needed to make the Center for the Arts to be a centerpiece on Marco Island if we were going to do an expansion and we wanted the building to be a work of art,” he added. “This would allow us to accomplish that.”

Graev and Hubbell are scheduled to meet in early June regarding the updated design and plans for moving the project forward.

The Marco Island Center for the Arts is located at 1010 Winterberry Drive. For more information, visit marcoislandart.org or call 239-394-4221.