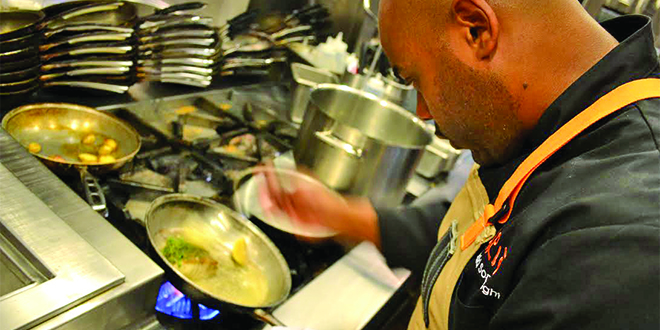 Gerald Sombright, Chef de Cuisine at the Marco Island Marriott’s premier restaurant Ario, is set to appear on Bravo TV’s “Top Chef” come December. The cooking competition pits 16 chef contestants (or “cheftestants”) against one another as they compete for a $125,000 cash prize, a feature in Food and Wine Magazine and, of course, the title of Top Chef and all the bragging rights that come with it.

Originally from St. Louis, Missouri, Gerald Sombright began his culinary career as a dishwasher. Throughout his teenage years Gerald held various jobs in the food service industry, learning the ins and outs of the kitchen. Eventually he discovered a passion for cooking and decided to pursue a career in the culinary arts.

“Once I found out it was something that I wanted to do I was very serious and very motivated. I was extremely passionate about this so I put my head down and worked very, very hard to make it,” said Gerald Sombright.

Gerald is an established chef with over 15 years of professional experience under his belt and a preference for fine dining. It may come as a surprise then, that he’s never been to culinary school. Gerald’s unwavering sense of self-discipline, as well as his years of experience in the kitchen, seemed to have propelled him to where he is today.

“I worked very hard and spent a lot of time educating myself,” said Gerald Sombright. “A 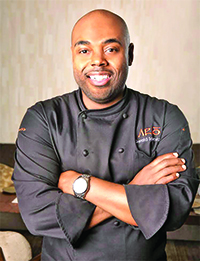 lot of chefs that I worked for did not go to culinary school and they made sure I purchased books. They also taught me by hand.”

Gerald had long toyed with the idea of auditioning for “Top Chef.” Many of his friends and acquaintances have appeared on the show and he himself has always been a fan. When he saw that they were looking for new contestants he thought, “Why not?” He purchased a ticket to Los Angeles and after almost missing his audition, made it onto the show.

One of the biggest challenges for Gerald during filming was working in an unfamiliar kitchen with such a competitive atmosphere. The ever-ticking clock and the cameras didn’t help either.

“As a chef you’re always against a time clock, but never this way,” said Gerald Sombright. “With the cameras watching and an actual clock counting down. There’s something that it does to your psyche. I’ve never raced against a clock in that way.”

Though Gerald describes it as “very weird” to see his face appear on the TV, for him the experience was nothing short of amazing.

“I got the opportunity to meet some really, really, cool and interesting people and spend a lot of time with them. I got to push myself in a way that I’ve never pushed myself before as a chef,” said Gerald Sombright.