Are you a Serving Machine or only a Serving Pretender? 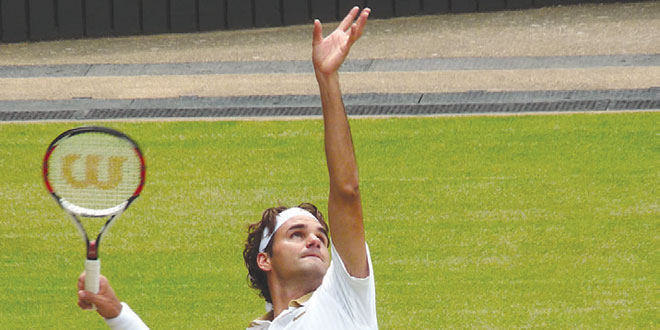 Just last week, I had a unique experience I would like to share with my readers. During mid-afternoon, I had the pleasure to view over two hours of solid 4.0 level competitions and I walked away a bit perplexed.

On the bright side, the men were hustling for every ball, often retrieving impossible shots as the players dazzled the crowd. One particular opponent had a lethal forehand drive and on several occasions ripped out-right winners. Due to his obvious forehand weapon, it was imperative for the home team to limit his opportunities. Notably, the serving side needed to do everything imaginable to hit their serves to his backhand or risk losing their serves. Unfortunately, the home team was unable to execute and they often struggled to hold serve.

Hours later, I headed up to the Player’s Club in the Lely development to watch my peers during the Naples Pro League. Though many of the Pro League participants are rated 4.5 or 5.0, the quality of play was considerably different. In particular, when viewing the pro league players, it is commonplace to see servers hitting the right mark over and over; if needed the serves constantly landed deep to the weaker stroke. Furthermore, every single player possesses a version of the American Twist or ‘kicker’ as they not only avoided double faults but also aided their net player with a nice set up shot.

The stark differences between the talented 4.0 level players and the 4.5/5.0 plus competitors is seen through the serve; the top players routinely put the serve where it needs to be placed just like the major league baseball pitcher who can pinpoint the corners of the plate. Because the similarity of the motion, 5.0 players typically put overhead smashes away on the first crack – always struck with a bent elbow and soft hands, this difficult shot almost looks easy to accomplish.

Another important item to discuss is how a team develops their strategy to exploit their opponents. No, it is not true that the team who gets to the net wins. Why? One must have a strong volley and overhead smash in order to dominate at the net. At the 4.5/5.0 ability levels, most players seldom miss volleys and usually convert their overheads. Therefore, it is wise to come forward and apply pressure.

Conversely, players who struggle at the net with their volleys or overheads are easy to manipulate. Another concern I have for many 4.0 net rushers, is that they often come forward and then begin to retreat. The reason so many doubles players move forward and then change direction and run backwards is due to the opponent’s

effective lobs. However, as the levels increase, intelligent doubles foes will see your pattern (one who comes forward and then quickly moves backwards) and begin to drive the ball at their feet.

What is the best plan when moving into the net? First and foremost, try to learn the patterns or tendencies of your opponents as quickly as possible. If you can quickly spot their idiosyncrasies, one will not easily be fooled; while situated near the service line, mentally prepare for the lob. If you can anticipate what the combatants wish to do, your strategy will become crystal clear. Usually, one of the players on each team will only have one go-to- move under pressure; if he lobs like a king, prepare to turn and move backwards. If the other opponent prefers to rip his groundstrokes, stay in place and simply volley back to the other team. Your strategy will be reflective of your ability to hit certain strokes and one must stick with their strengths to win a key match.

Earlier, I discussed the big differences between the solid 4.0 level player verses the 4.5/5.0; the better players consistently serve to the opponent’s weaknesses. How should a 4.0 level player improve his serve to play against the big boys? Hit the practice courts with a solid game plan. In other words, the ambitious server must simulate a real occurrence to see noticeable results. For instance, call out the score, “fifteen-thirty” and request an exact placement to see if the player can produce under pressure. I would offer to my student, “First serve spinner to the deep corner to the advantage court receiver.” If my student serves this ball in but not into the corner target, I would say “fault.”

Another huge tip that I have offered to my students over the last four decades is to bring a football to the practice courts. With my pupils tossing perfect three to five yard passes, they quickly develop the ‘proper’ motion and in short-order (and with no thinking!) serve more fluidly. It is absolutely crucial for high-level players to consistently serve to the foes weakness. If you wish to possess a better serve, follow my tips and I promise better results.

Oh, by the way, I have one such dedicated and determined player who is already looking like a quality college quarterback and his serve is beginning to flow. Good luck.