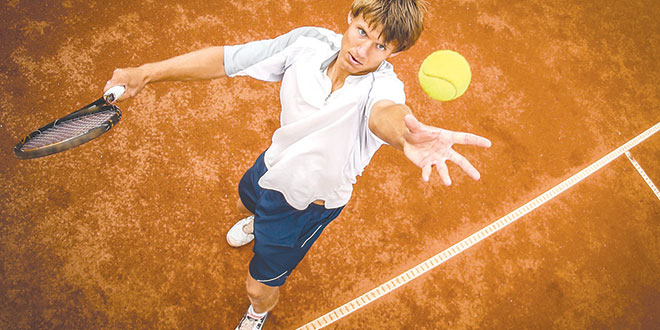 Gluten-free and vegan diets, insane workouts in the fitness center and yet, we had over 12 disqualifications, primarily due to heat issues, at this year’s U.S. Open? Something just doesn’t add up.

Midwestern tennis star Jack Sock, now the number 2 ranked American, was dominating in the first two sets before leg cramps sidelined him. As he lay on the court in excruciating pain, the medical staff advised him to leave the court using a wheelchair!

Unfortunately for me, I can relate to Jack Sock’s cramping problems. About 25 Florida summers ago while competing on the USTA tour, the thick steamy southern heat drained my body to the point of exhaustion and I cramped in the third set. As much as I wanted to get out of Dodge, I was powerless. Unable to move due to the tightness in my calves, I drank bottles of water and Gatorade to help replenish my system and slowly (45 minutes later) I limped off the tennis court.

In my defense, my training consisted of 6-7 hours of coaching each day and maybe, a whopping hour or two of practice each week. Sure, I was used to the South Florida temperatures, but in no way was I prepared to play hours of singles and doubles.

In Jack Sock’s tragic case, I am completely perplexed. In the last year or so, he has lost considerable weight; it has been reported that he exclusively trained with Brent Salazar, an assistant strength and conditioning coach for the NFL’s Kansas City Chiefs. Without a doubt, Salazar’s work transformed Sock’s body, and the changes are profound as Jack won big matches and his ranking improved dramatically.

With peaked curiosity, I have to wonder if young Mr. Sock trained with the same passion on court as he has with Salazar in the workout room. The first week of the ‘Open’ is known for its soaring heat and humidity; in past years, many others have fallen with cramp issues.

It begs the question; do the ATP/WTA stars train as physically hard during their practice sessions in order to deal with oppressive heat? Earlier in Novak Djokovic’s career, he had various breathing issues and he made certain adjustments including his new gluten-free diet.

While on court, is Jack Sock pushing his body just as he would on court at the U.S. Open in intense heat? Or, is young Sock spending too much time away from the court, training indoors?

With their livelihood at stake, it behooves pro tennis players to simulate the conditions of each Grand Slam event or they will not be properly conditioned. It has been widely reported that Scottish sensation Andy Murray purchased a home in Miami so he could train in the torrid heat in South Florida.

Future Hall of Famer, Roger Federer regularly trains in the rugged heat in Dubai; he is all business as he vigorously drills with not one, but two players at one time. After a brief time-out, Roger resumes his practice with one of his practice partners for another 90 minutes of grueling hard fought tennis.

Competitive tennis players must make vital modifications for each venue or they will not advance far into the draw. In particular, high temperatures and mugginess in South Florida can be overwhelming, and competitors must adequately train in those exact conditions. This is also true for Southerners traveling north to play in an indoor event; find court time in advance or else!

We arrived three days prior to the event to train in the new conditions. The first two days were impossible; Matt’s big forehand flew well past the baseline and his body needed to cope with the New Mexico hotness.

Once the tournament began, Matt made one huge strategic alteration. He abandoned his flat serve and used his “kick” serve as his primary weapon and often ventured into the net. Moreover, instead of camping out at the baseline during most rallies, he constantly moved forward to finish out of the point.

The bottom line is that all athletes must specifically train for different venues or pay the consequences. Perhaps it would be prudent for today’s tennis stars to spend more outside training when going to a warm weather event. Players must train on court in oppressive heat and humidity so they can find out how much they can push their bodies. Use the practice court to discover what one is capable of doing and don’t be afraid to push the envelope.