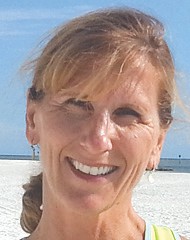 “There is no terror in the bang, only in the anticipation of it.” ~ Alfred Hitchcock

Alfred Hitchcock was a masterful movie producer and director in the mid 1900s, with a gift for creating suspense. Born in England, he became a U.S. citizen in 1955, and set the standard for both drama and horror in film. Through his unusual camera angles and innovative directorial vision, Hitchcock created iconic movies like “Psycho,” “The Birds” and “Vertigo” that now, some 60 years later, still induce heart-pounding fear and critical admiration.

It is with some of that same adrenaline pumping expectancy, that I now await an event in my life. Nothing as joyous as a new grandchild or as serious as open-heart surgery, but a milestone nonetheless, capable of robbing me of sleep and restful daydreams. With each day that passes the event gets closer, and the more frequently I find myself in episodes of sweaty dread. “Just get it over with,” says my husband. “You’re going to feel so much better in a few months.” Right, I think to myself. Make an appointment to have YOUR leg disassembled and then rebuilt with titanium and plastic, and see how you feel. This from a man who had stitches across the bridge of his nose when a light bulb fell on his face. I’ll never forget his words to me when he described his experience. “Laurie, can you think of any place more painful to get stitches than your nose?” he asked. Why yes, Honey. I gave birth to four children in the 1980s.can think of at least one location that might be more sensitive to a needle and synthetic thread…

Obviously, my anxiety over this knee replacement surgery has cast a cloud of dismissiveness over a good man’s sincere attempts to be supportive.

I had knee #1 replaced six years ago, and I vacillate between using that experience to prepare me and allowing that experience to create greater concern. After all, I kind of know what to expect. The antiseptic smell of a hospital room, lots of tubes and bright lights with people in paper hats and masks standing over me explaining procedures and risk. I know I’ll wake up in a groggy state with numbness and dry lips, followed by pain, nausea and emotional exhaustion. I’ll go home with very unfashionable knee-high stockings and prescriptions for medicines I can’t pronounce. I’ll walk with crutches or a cane until my new joint can fully support me, and I’ll curse out loud when I try to 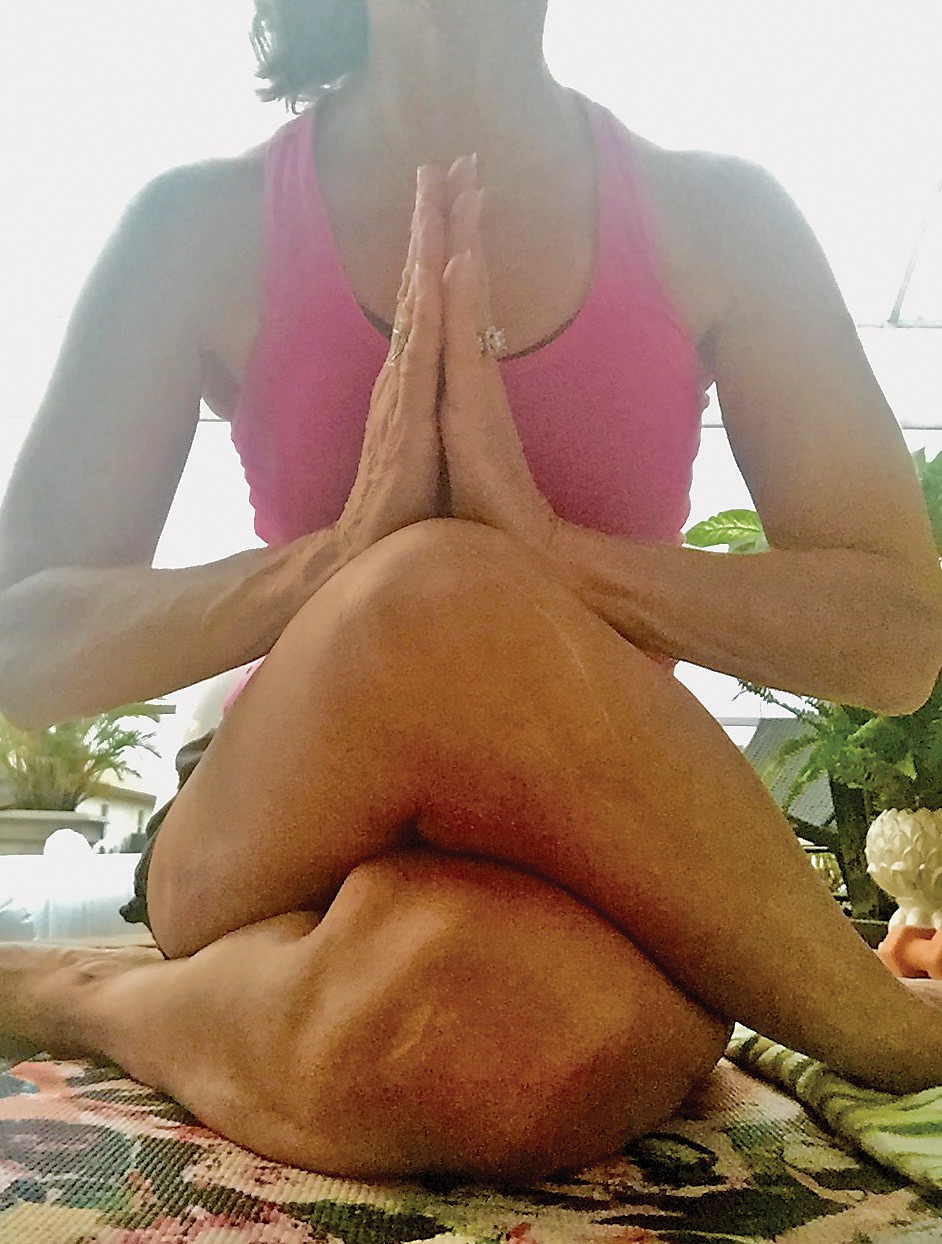 sit in the bathroom. My leg will stay swollen for months and I’ll be left with a 4” scar on my left knee that will eventually compliment the 4” scar on my right. Sigh. Breathe. Meditate.

I am convinced that if it weren’t for my yoga practice, this inevitable procedure would have been necessary years sooner. I took my first yoga training exactly one month after my first knee replacement. I decided that the hard-core cardio workouts, and six mile runs were no longer sustainable with my arthritic knee joints. I had to find new ways to utilize my muscles and maintain healthy bone density, so I sought out the benefits of yoga. It was one of the best decisions I’ve ever made. Yoga is every day and forever. Not, every-day- I-have-to-get-on-my-mat-and-perform ten Sun Salutations, but instead every day I practice stretching, breathing and connecting the dots between head, heart, breath and body. Yoga has brought me closer to my body. More in sync with its sensitivities, abilities and its limitations. I can stand on one leg, balancing femur over tibia without the cushion of cartilage, because of my yoga practice. I can breathe through moments of frustration and pain using the power of a mind fully released exhale. And I can differentiate between anticipation and dread. Anticipation will take me to the outcome I desire, while dread drags me down a path of dark obstacles and unknowns.

David Cuschieri expressed it this way,“…it’s better to be afraid, excited and thinking the best, than to be scared, worried and expecting the worst…”

With my surgery just days away, I feel the butterflies of anticipation multiplying. I find that I must frequently rein-in thoughts that are scattered in a spray of distraction. I feel the need to stockpile food and scrub the floors. Then I step back and remind myself that my husband is right. I will feel so much better in a few months. I’ll regain strength and range of motion. I will stop feeling broken. My hips and ankles will happily surrender the extra duty they have taken on to compensate for my weakened joint. And I’ll be back on my yoga mat faster than you can say “Namaste.” It’s all about attitude and ambition. Every day. Forever.