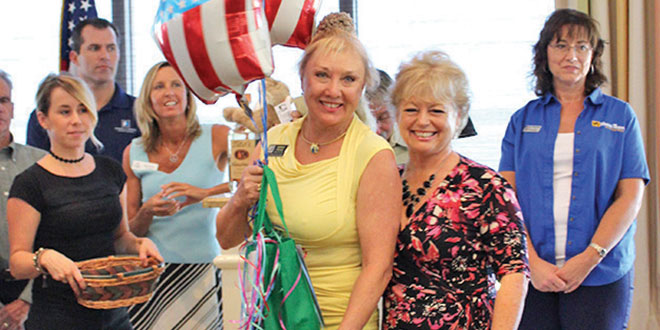 At the end of the luncheon members of the Realtor Support Network raffled off prizes.

On September 8th the Marco Island Area Association of Realtors (MIAAOR) held their annual membership luncheon and tradeshow at the Hideaway Beach Club.

The morning kicked off with the tradeshow. Colorful displays set up by the Realtor Support Network lined the inside of the club. MIAAOR members sipped on their ice tea as they perused the many booths, saying hello to familiar faces and networking with new supporters.

This year it seemed like the affiliates were competing for the most creative display, many incorporating mini games, balloons, candy and other fun takeaways into their booth. The law offices of Kramer Huy, P.A., for instance had a beer pong game (sans beer) that awarded members with a free round of golf.

After lunch MIAAOR President Dick Shanahan called the meeting to order, recognizing the Board of Directors as well as past presidents in attendance. 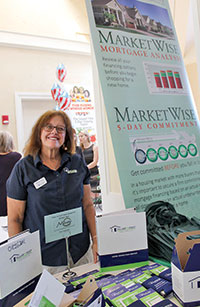 City Manager Roger Hernstadt was the speaker for the event. He used the platform to update the MIAAOR members on the current issues facing Marco Island.

“One of the challenges of being the Marco Island City Manager is making sure the facts are straight,” Roger Hernstadt said in his opening remarks.

Roger also discussed the future improvements that have been proposed for Veterans Community Park. These improvements, which are subject to review and change through the public vetting process include: “a band shell with bathrooms and a concession stand, shade structures, landscaping, lighting and 165 parking spot spaces and a dock.”

As the luncheon came to a close the Realtor Support Network guests raffled off prizes to the MIAAOR members.