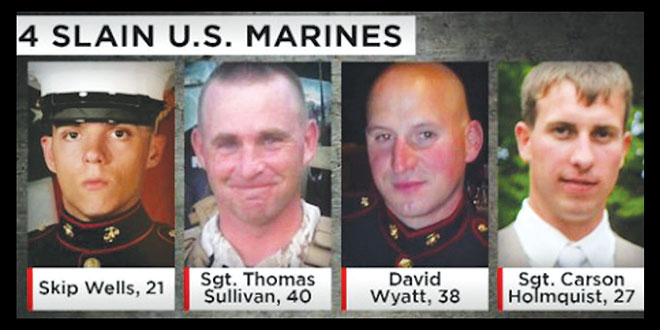 It was a terrible week and a half for anyone who loves this country; who loves the idea of living in America; being an American; anyone who obeys the laws; works hard to achieve their dreams and who believes in service to our country is above all other pursuits in life.

As a result, I am angry; I am disgusted and I am frustrated!

I am angry… As father of a young daughter it has been heart wrenching and totally unreal and unbelievable for me to try and imagine what Kate Steinle’s dad must have felt, holding his dying daughter in his arms after she had been fatally shot by an illegal invader who possessed a stolen gun; who had seven felony convictions and who was deported six times but had returned to San Francisco because it is a so called “Sanctuary City” by his own admission. No, he was not an illegal immigrant as many referred to him in the press; he was simply an ILLEGAL INVADER; someone who entered our country multiple times illegally to commit felony crimes and finally kill an innocent 32 year old woman who was just out for a stroll with her dad. An immigrant is someone who goes through the legal channels, applies for immigration 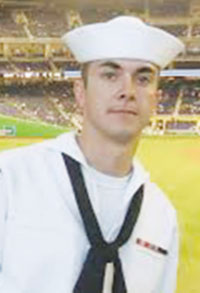 to the USA, completes their paperwork, take a test and then take an oath of allegiance to the United States of America. No one is or can be an illegal-immigrant; that is an oxymoron! You are either an immigrant or an illegal. You do not belong here if you have crossed our borders illegally, invaded our sovereign territory and you are violating our laws. Kate Steinle paid the ultimate price for the policies of those who can’t make these distinctions and who act out of malice to the rest of us who believe in the rule of law. From the present occupier of the White House down to every single member of the San Francisco Board of Supervisors and anyone and everyone who support illegal invaders and Sanctuary Cities now have blood on their hands.

I am angry that a beautiful young life was ended unnecessarily by a member of this “occupying force of illegal invaders.”

I am angry that my fellow Americans do not yet see, care about or understand the dangers and the size of this invasion.

I am angry that a Federal Government who’s first and foremost duty is to afford protection to its citizens does absolutely nothing to protect us from these illegal invaders!

I am angry because Kate Steinle’s last words to her

dad before she died as a result of a shot fired by an illegal invader was; “Help me dad!” and there was nothing Mr. Steinle could do to help his dying daughter! He is going to have to live the rest of his natural life with those three words ringing in his ears and filling his nightmares. Mr. Steinle and family, my heart goes out to you. I know what I would have done; you are better people than I am!

I am disgusted… As a proud American to have five members of the United States Armed Forces get shot and killed in broad daylight in Chattanooga, Tennessee by a Kuwaiti born so-called citizen of our country performing Jihad on behalf of the Islamic Caliphate in Syria. These were true American heroes he knowingly killed. This was no random act of violence. He picked his targets specifically based on the orders he received from the Jihadists abroad; “attack those in Military Uniforms; do not spare their families.”

They were all unarmed and did not get a chance to defend themselves. US Military personnel are specifically prohibited by law to carry firearms when they are performing their duties in their bases or outside the bases while wearing their uniforms. It appears that this “gun-free-zone” type 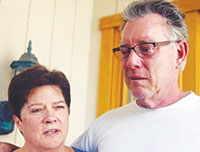 policy can actually be traced back to Department of Defense (DOD) Directive 5210.56, signed into effect in February 1992 by Donald J. Atwood, deputy secretary of defense under President George H.W. Bush. The controversial directive states that “it is DOD Policy” to “limit and control the carrying of firearms by DOD military and civilian personnel.”

“The authorization to carry firearms shall be issued only to qualified personnel when there is a reasonable expectation that life or DOD assets will be jeopardized if firearms are not carried,” it says. It appears DOD Directive 5210.56 was reissued in April 2011 by Deputy Secretary of Defense William J. Lynn III.

They are all American heroes. They all died in the line of duty. They were all killed by a coward who served a country other than the one he swore his allegiance to.

I am disgusted because the White House did not 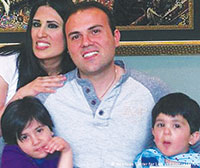 order the flags be flown at half-mast as they did for those who fit their idea of martyrdom!

I am disgusted that these killings, beheadings and acts of terror continue to take place within the borders of our country with no consequences. Those who love to talk about gun-control after every shooting incident are blinded by their politics. The only gun in this case was the gun available to the Islamic Jihadist. Those who should have carried their guns with them when in uniform were actually stopped by our own government from doing so and stripped off their basic rights as citizens!

I am disgusted because I do not feel we are doing enough to get rid of the Islamic terrorists both domestic and foreign, for once and for all!

I am frustrated because our so-called representatives and negotiators signed a terrible deal with Iran and are now going around telling us lies that this was the best we could have done. Read the details of the agreement and decide for yourselves. Don’t let them and their friendly press tell you what the terms are!

I am frustrated because the American public were made to believe that there were only two available options; sign a deal or go to war. What about “double up on the 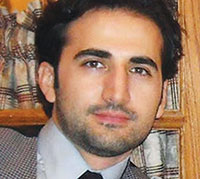 sanctions and wait” for Iran to collapse option?

I am frustrated that we are allowing Iran to go forward towards obtaining a nuclear weapon. Saudi Arabia, Kuwait, Turkey, Jordan and the Emirates will now line up to get their nukes! And they would be smart to do so. The alternative would be to fall under the hegemony of Shiite Iran.

I am frustrated because we left behind four American hostages in Iran (yes they are hostages and don’t let anyone try to convince you otherwise) as our representatives gave into every demand the Iranians made. Amir Hekmati is a former US Marine jailed in Iran; Saeed Abedini is a Christian pastor imprisoned in Iran; Washington Post Tehran bureau chief Jason Rezaian and retired FBI agent Bob Levinson who was detained while visiting Kish Island, Iran during March 2007 are also hostages. They were never made a part of the negotiations despite pleas from their families and friends. Army deserter Bergdahl was exchanged for five top level terrorists and brought back; why weren’t these four Americans not brought back as a result of 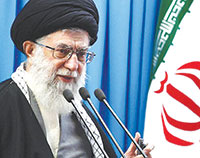 I am frustrated because my fellow Americans are either unable to see further than their own selfish needs and wants or are so beaten down they no longer want to fight for their future.

I am frustrated because we are not doing anything about a self-declared Islamic Caliphate in the Middle East who’s only stated goal is to destroy the Western civilizations, kill all Christians and Jews around the world who will not convert; develop, grow and get strong in the Middle East.

I am frustrated because I know that the only solution to ending terrorism around the world would be to deliver a fatal and absolutely crushing blow to these Islamic terrorists where they are now, inside our country or within the borders of their Caliphate and this option is not even being remotely considered.

May God bless the heroes who were killed by the Jihadist in Tennessee; May God Bless Kate Steinle who was killed by a felonious illegal invader in a so called “sanctuary city” and May God Bless all those who are ready to give their all to defend America around the world.

And may God Bless America…