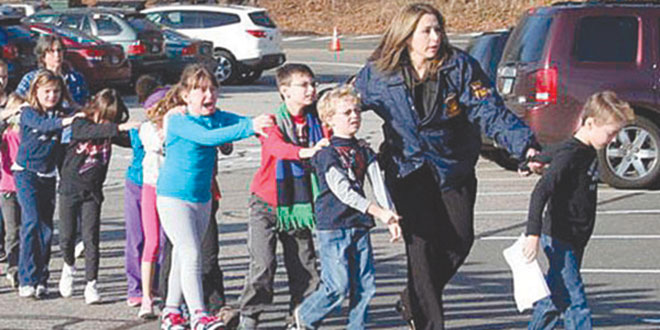 2012 has certainly been a very interesting, confusing and, in many ways, a terrible year. My only wish is that 2013 will not be a repeat performance.

Friday, December the 14, 2012, was and will remain as the worst day of my life. It doesn’t matter how many times I try to get the events of the day out of my mind; I can’t. I dream about them, I think about them constantly and I lose it. I routinely cry when I think about the whole event more than once a day. Talking about it to my best friend over lunch, I see his lips tremble and his eyes well up and I lose it. I have had to pull over and stop my car a number of times during my daily trips to Naples and Ft. Myers to reflect upon that day.

My problem is simple yet complex and will not be resolved any time soon. I just have difficulty imagining how anyone can kill angels. But someone did! Angels are beautiful; they are without sin or fault; they are pure with fast beating little hearts. Little angels who have not yet completely developed; so trusting and loving; who probably never hurt anything or anyone in their short lives were taken away from their loving families and from all of us. Worried about Santa or the Elf-on-the-shelf; the toys they may be receiving on Christmas Day; thinking about what games they will play with their little friends in class that morning, they kissed their moms and dads and boarded the yellow bus that took them to their school where it was safe, warm and friendly. They probably had no idea that this was the last day of their happy little lives. They probably never thought that a monster was lurking in the area. Their world was so small yet so happy and so carefree. They probably did not even dress themselves. Moms or dads carefully and lovingly picked out their colorful little outfits for the Holiday Season, dressed them with warm hearts and utmost care, looked at them proudly and sent them off to school. What an ordinary day that was…

Then the unimaginable happened. Unimaginable does not really describe it. When I first saw the news on my iPhone, it did not seem like such a huge story. We have been inoculated to shootings throughout the recent years. But as I started to drive to Naples, listening to the news on the radio, the enormity and the horror of the situation started to sink in. Twenty little angels, eight boys and twelve girls and six of their teachers and 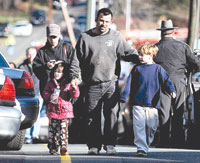 administrators were shot and killed. Unbelievable! Could this all be a mistake? Could it be a hoax? How can this happen?

I could no longer drive… Sobbing uncontrollably, I called my wife who became concerned about my well being. She asked me to stop and pull over. “Park the car!” she yelled, “I will come and drive you home.” I could not tell her that little angels were killed and I could do nothing to help them and my life was no longer important.

The newsmen and women on the radio kept speculating as to the name of the shooter, his possible motives, his mother, his upbringing, the weapons he used; on and on and on. I could not care less about any of that. I did not want to know his name or who he was or what made him do it. The scene in that little classroom kept playing in my head over and over again. I knew what it looked like; I could almost hear it and smell it all. What has my country come to? What kind of monsters in human forms lived among us?

Last week, the angels were buried one by one. They left behind wounds larger than the largest craters; rivers of tears more than enough to fill the biggest dams in the world; hurting hearts heavier than tons and tons of bricks. No one can imagine the pain those moms and dads will be suffering for the rest of their lives; feeling the emptiness day after day. I wish I could hug them one by one and absorb their pain, give them a moment of relief. Their angels are gone.

Politicians, pundits, agenda driven heartless individuals will have their moment in the limelight, arguing for this or that, changing laws, making it difficult to do this or that. I don’t care to hear from them. None of that will bring these angels back.

In the lowest moment of my 63 years on this silly planet called “earth” on December the 14, 2012 I thought for a fleeting moment, “Maybe they should get nuclear weapons and blow us all up at the same time. We don’t deserve to be here. I don’t want to belong to a so-called human race containing members who are capable of killing angels.”

My life will never be the same in the remaining days of my life. My heart is irreparably and irreversibly broken.

Please hug your children and your grandchildren. Make sure they know they are loved.