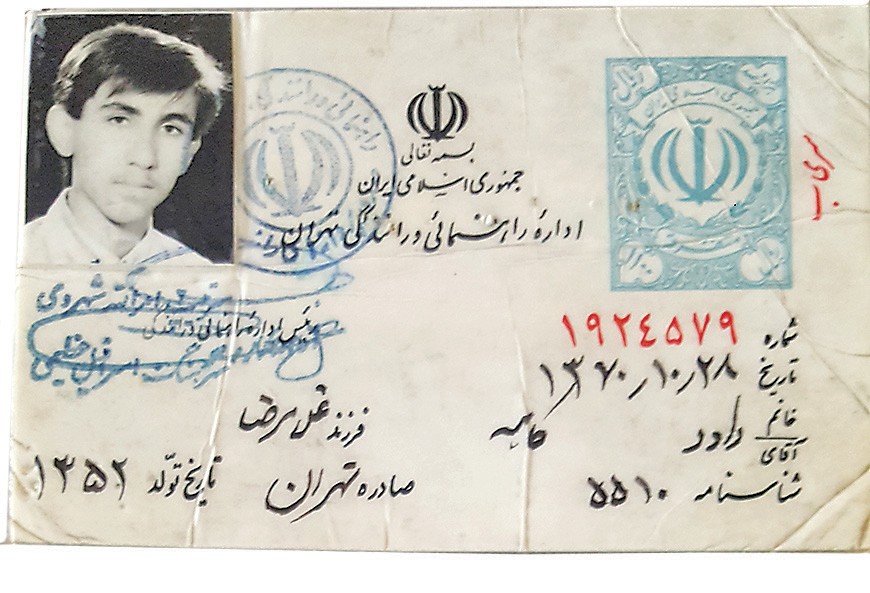 Thirteen years ago my daughter, Nikki, called from Phoenix and gave me some disturbing news. She told me she had begun dating an Iranian limousine driver named Davood Kaheh. I was speechless. At that time in world history, I figured that nothing good could possibly come of this. After allowing me to vent, Nikki tried to cheer me up. “He’s a real gentleman,” she said, “and is treating me well. He actually owns seven limousines.” Thus began my family’s involvement with the fourth great wave of immigration into this country. It was caused primarily by political repression and consisted mostly of Asians and Hispanics.

In November 1973, Davood Kaheh was born in Tehran, to a middle class family. He had two brothers and three sisters. His father was a bus mechanic and owned his own shop. His mother stayed home to care for the children. They lived in a leafy section 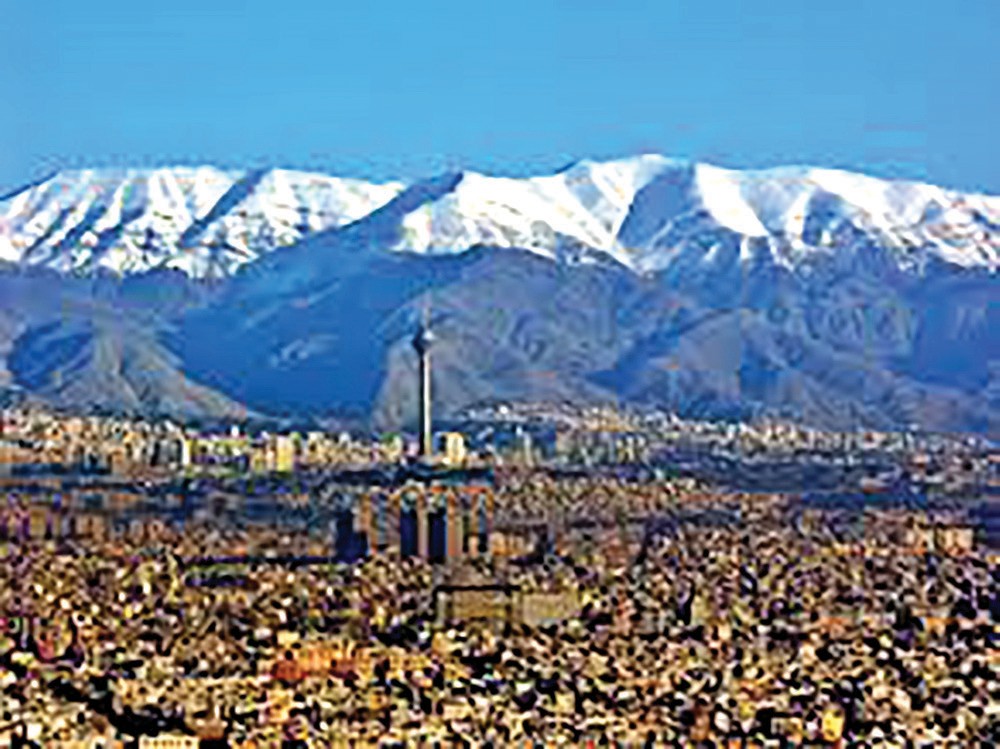 of Tehran with plenty of parks and mountain trails nearby. On the surface, it seemed like an ideal place to grow up, and so it was for the first six years of Davood’s life. Davood was born during the reign of Shah Mohammad Reza Pahlavi, who espoused western values. This suited Davood’s family, who were not practicing Muslims and liked the laid back life style. It all changed in 1979, when the Shah fled the country and a theocracy was established under Ayatollah Ruholla Khomeini. Khomeini instituted strict protocols for every facet of life in Iran, based on his interpretation of the Koran. He also established the “morality police” to make sure these protocols were being carried out. “As early as age 12, I knew I couldn’t spend the rest of my life here,” Davood said.

It wasn’t much fun growing up in Iran. The morality police saw to that. They 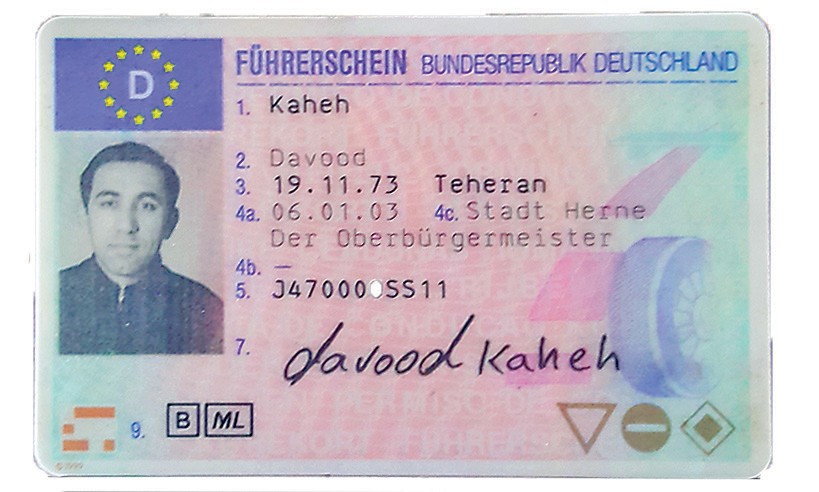 were ubiquitous and unavoidable. “If you had a girl in your car and she was not your sister, you were in big trouble,” recalls Davood, “Even if she was your sister and you didn’t have documents to prove it, they would take you in for questioning. Your family would be called in also.” Young adults simply could not publicly congregate under these conditions. Males couldn’t wear shorts and women could have no skin showing. Playing music in your car was also forbidden. This would result in detention at a police station with destruction of the offending cassettes or CDs. For males one of the worst offenses, outside of public consorting with unrelated females, was the drinking of alcoholic beverages. “If you were caught doing this, or even smelled of alcohol, you would be hauled before a judge and subject to a jail sentence,” Davood said. Public beatings of both offending 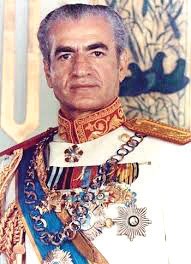 Shah Mohammad Reza Pahlavi ruled Iran from 1941 to 1979. He had a cozy relationship with the West and allowed his subjects to live accordingly. Davood Kaheh was born in the last six years of Pahlavi’s reign.

males and females sometimes happened following citations by the morality police. Upon graduation from high school in 1991, Davood, along with all other 18-yearold males, was drafted into the army for an 18-month hitch. He was assigned to a security detail at Tehran’s airport, following which, he started his own business selling car parts. By now, his determination to leave the country had solidified. The first step was to get a passport. As a member of the military he could get one. “I didn’t feel like I belonged there,” Davood said, “I just didn’t fit in. I couldn’t live the rest of my life being dictated to.” But where would he go and how was he going to get there? Davood had a friend who had lived in Germany and explained the German system to him. The freedoms afforded there appealed to him. Unknown to his parents, Davood started taking 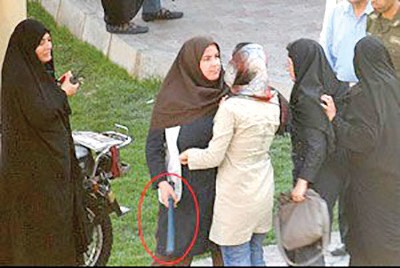 This submitted photo was captioned “Explaining the dress code in Iran.” Police woman at left appears to be reporting the violation on her mobile phone, while the apparent squad leader (brown head covering) gets into the victims face while clutching a truncheon. An egregious offense could bring the truncheon into play.

German lessons from his friend. He also started saving as much money as he could. Davood’s friend hooked him up with a “dealer,” to whom he paid $6,500 up front. He told Davood that the dealer was good at this and would make sure he got to Germany. By 1995 Davood was ready. His family was devastated when they learned of his plans, after the fact, but still sent him what money they could. They have all opted to remain in Iran.

Arriving in Istanbul in 1995, the dealer put Davood up in a hotel that the dealer owned and told him to wait, assuring him that he would pay all of Davood’s expenses until he got to Germany. The dealer was as good as his word but the wait stretched out to almost two years.

“I was about to give up and return to Iran,” Davood said, “but one day he 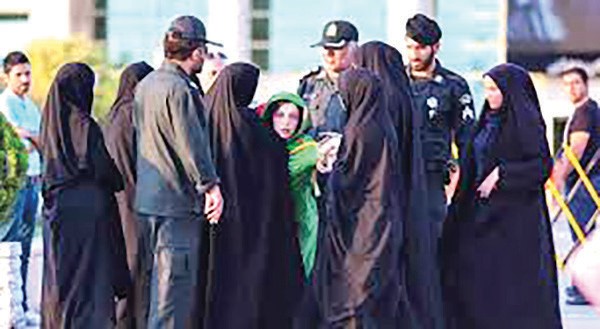 Morality police confront the woman dressed in green. These confrontations were often followed by detentions and occasional public beatings. It must have been a terrifying experience.

showed up and announced it was time to leave.” For another $1,000 the dealer bought a plane ticket to

Bosnia and paid Davood’s fine for overstaying his visa. Three other “very rich kids” accompanied Davood for the rest of the trip into Germany. “It must have cost over $30K to support me for those two years, but for some reason, the dealer never asked to be repaid,” said Davood, “It was kind of a miracle.”

After arriving in Bosnia, the rest of the trip was made by car with stops in Croatia, Serbia, and Rome. In Bosnia the travelers were told to surrender their Iranian passports and later furnished with counterfeit ones. At each stop there were people ready to take the young men into their own homes. The crews that met them at each stop were professional, educated, well mannered, and well prepared. “There were no hiccups in the arrangements as 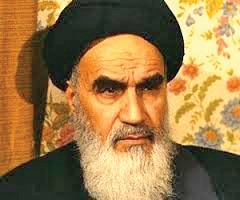 Ayatollah Ruholla Khomeini established a theocracy in 1979, instituting strict protocols for every facet of life in Iran, based on his interpretation of the Koran. He also established the “morality police” to make sure these protocols were being carried out. Davood was age 6 at Khomeini’s accession to power.

we went along,” said Davood, “They all spoke English, German, and Russian. I got the impression that they were part of a well-oiled undercover program.” (During this period, Germany was desperate for young foreign laborers and for the best and brightest of those.) Finally, a guy drove down to Rome from Germany (in a brand new VW Jetta) and dropped them off in Hamburg. He knew one of Davood’s fellow travelers.

After getting settled in Hamburg, Davood visited the Iranian embassy in Frankfurt (round trip of 489 miles) to replace his counterfeit passport with a genuine one. He told them he had lost the original. He readily found work in the food services industry as a janitor, bartender, server, line cook and chef. He worked long hours, but didn’t seem to be getting anywhere and was feeling discouraged. A fellow Persian, with whom he was living, offered some advice, which would 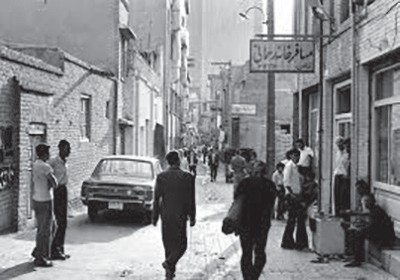 A typical 1980’s Tehran street on which Davood’s father, Reza (he was named after the Shah’s brother), and later Davood, might have set up shop. Each operated his own business.

again change the trajectory of Davood’s life. “You’re young, and have a good work ethic,” he told Davood, “You’re in the wrong place. You should get a green card (a permit allowing a foreign national to live and work permanently in the U.S.).” Davood immediately began the process.

A few months later, three days after 9/11/01, he kept his appointment with the U.S. Consulate in Frankfurt. He had previously sent them a background check from the Hamburg Police Department, a letter of support from a friend, and reference letters from four employers extolling his work ethic and skills as a cook. The 45-minute meeting with consular officials seemed to center on Davood’s cooking skills. Speaking no English, the interview was conducted in Farsi through a Persian translator. Davood was last to be interviewed and opened with an expression of sympathy for the American victims of 9/11. Davood had been genuinely moved 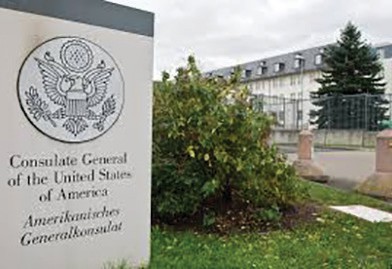 The U.S. Consulate in Frankfurt, Germany, where Davood was interviewed and welcomed into the United States.

by this tragedy. “I was almost crying for the people and kids who lost their lives,” Davood recalls. After about 20 minutes of questioning, the interviewer said the words Davood was longing to hear. “Welcome to the U.S.,” he said, “We need people like you to come to our country. We know you are going to do well.” These words proved to be prescient. The secretary said she had never seen the interviewer accept someone right on the spot before. “You are very lucky,” she said. Out of the 11 applicants interviewed that day, Davood was the only one approved for the issuance of a green card. Davood was told that because of 9/11, it would take some additional time for the paperwork to come through. It took almost two years.

Finally, On July 28, 2003, following consulate instructions, Davood flew to Atlanta where the documents he would need were waiting for him.