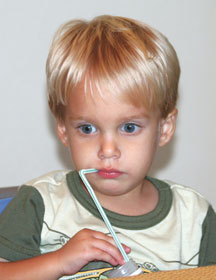 The hero of the story.

Before I leave my house on the way to work every day, I go through the kitchen and walk into a pantry which then leads into my garage. There are no windows in the pantry; therefore I do have to turn on the pantry light to see the garage door. Last Monday morning when I switched on the pantry lights I could hardly see in front of me. Wondering why the room was still dark, I looked up at the light fixture on the ceiling. The two bulbs in the fixture resembled two flickering candles in a glass enclosure fixed on the ceiling. Distracted by so many business events, family visits, dinner engagements, customer issues and world events going through my mind, this was not something I wanted to deal with on a Monday morning.

However, in addition to the flickering candle effect, the light fixture was emitting a whining sound. “The bulbs may have gone bad” I thought and turned off the switch hoping to deal with this upon my return home at the end of the day. As I walked into the garage to get into my car, I started to worry about the situation. What if this was an “electrical problem” instead of two bad bulbs? What if there was a short? What if the cables behind the fixture were sparking? What if this caused a fire and burned the house down while we were all at work?” I did not feel comfortable leaving the “bad bulbs problem” behind without at least attempting to fix it. I got out of my car, walked back into the garage, grabbed a ladder and my tool box and headed into the pantry.

I switched the light back on and it was still flickering with the candle-light effect which did not look all that promising. As I climbed up to the top of the ladder, I had the feeling that the whining sound was getting louder. It took me a while to take apart the fixture to get to the bulbs. I unscrewed them carefully and got back down to get replacement bulbs. I was hoping that this would immediately resolve the problem on hand and I would be on my way to my office with peace of mind in no time.

I got back on the ladder and put the new bulbs in the fixture. Unfortunately for me, there was no change. Now, I was getting really worried as my simple “the bulbs are bad” theory was transformed into an “electrical problem.” I got down from the ladder and switched the lights off. This was not a good start to a Monday morning. I walked back into the house with my shoulders drooping in agony of defeat. With a worried look on my face I told my wife not to use the pantry light since there may be a major “electrical problem” and we may have to contact an electrician. I thought about the problem all the way to my office, a leisurely ride of five minutes, obeying the new speed limits all the way to avoid the wrath of the MIPD officer permanently stationed at the small park located on the East side of South Barfield Boulevard.

As soon as I walked into my office and started the daily routine of putting out fires, attending meetings and answering phone calls from all over the world, I forgot about the “electrical problem” and the fire danger at my house and went through the always hectic paces of the day. It was almost six o’clock when I got back home and walked through the garage into the pantry.

Switching the light back on I immediately noticed that the whining sound and the flickering candle-light effect were still on. Obviously, the light fixture fairy had not visited my house during the day to fix the problem. The sun was setting by now and with the pantry door open to the garage I had a full view of the light switch on the wall. I suddenly noticed a “dimmer switch” conveniently located on the wall next to the on-off switch which was set all the way down. Carefully and with much anticipation and feeling stupid and sheepish, I slid the dimmer switch up and the two 60 Watt light bulbs came to life with a full blast! And at that very moment, the image of my six year old grandson who spent the weekend with us, running in and out of the pantry switching the lights on and off while getting glasses of water from the water cooler appeared before my eyes.

That evening, as I sat in my favorite chair on the patio waiting for my wife to get home, I was thinking (and smiling) of how to explain all this to her who would most certainly make fun of me. I started to laugh. I had aggressively and thoughtlessly attacked the symptoms of what I perceived to be a serious problem rather than finding and fixing the root cause. A dimmer switch which was manipulated by a six-year old boy getting water from a water cooler in the pantry!!! Isn’t this how most governments around the world get themselves in trouble, I thought? By attacking and changing the light bulbs immediately; instead of stopping and thinking about the many causes which may have contributed to the main problem in the first place.

With all the seemingly unsolvable problems popping up everywhere around the world lately; I am certain that there are a number of dimmer switches which are being manipulated by a bunch of six year old boys. All we can hope as fellow citizens would be for the elected leaders around the world not to jump to change the light bulbs before trying to locate these dimmer switches.

Sometimes, real or perceived problems may be much less complicated than they seem…