All Roads Lead to Resurfacing Programs 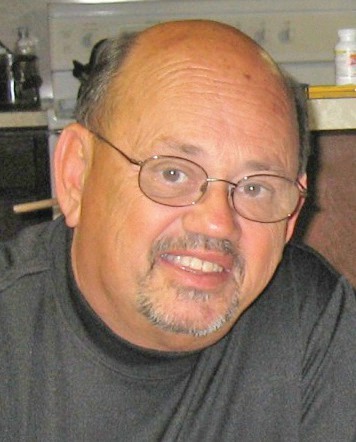 When Marco Island Public Works Director Tim Pinter recently briefed council on his plans to spend just over $600,000 in 2017 to continue with the planned repaving program for the island, Councilman Howard Reed made pointed inquires as to what it would take to make a more aggressive approach and spend about a million dollars more in an expanded program to address the wider problem with roadways on the island.

Reed should be commended for his inquires; roads on the island are in terrible shape, and it has been the philosophy of Pinter to steer away from some of the worst roadways that were repaved during the controversial STRP construction and concentrate in other areas.

It would be wrong to not revisit the failed policies and poor oversight of over a decade ago that brought islanders the sad conditions we now all suffer with regarding the roads. Failure to understand our past and again proceed forward without learning from our errors will once again saddle us with an infrastructure of failing roadways after spending millions within the next 10 years.

Those failed policies revolved around how the Septic Tank Replacement Project (STRP) was handled, or to be more accurate, mishandled starting in 2006. Those missteps and lack of oversight by those in charge at the time have provided us with the debacle we presently have.

The people in those initial STRP Districts were to be saddled with the repaving cost incurred at the time. This was before a former council backed away from that plan after it was revealed that the past administration had erred. Their intent to have the STRP Districts pay for the repaving of the roadways which the entire community would drive on would have placed the city in legal jeopardy and would have been overturned in court.

They would then move forward to bond the repaving in those districts and apply a separate fee to all users’ tax bills; something we all paid for up until 2015 when that debt was retired. The bonding was necessary to work around the city’s spending cap, which is protected in the City Charter.

On the island there are approximately 120 miles of paved roadway; as part of that, 57 miles were repaved as part of the STRP Project. A simple ride down many of those roads will find that most are in poor condition. Councilor Charlette Roman, who spoke in support of Reed’s conceptual idea said, “In my opinion, the deplorable condition of our streets is the number one quality of life issue for our residents.”

In the 2014-15 municipal budget, former City Manager Roger Hernstadt initiated the now widely referred to “Bucket Plan,” which put away monies each year for recurring capital costs. One of those “buckets” was dedicated to a “street resurfacing program,” the first-ever instituted for the community.

“We owe it to the citizens of Marco Island to straighten out this mess,” said Council Chairman Larry Honig. “I don’t have a lot of confidence in the engineering done here. I am reluctant to spend money with engineering that was done that led us to the condition of our roads today,” continued Honig.

I think that Chairman Honig is correct when he questions the process which led us to this point. He needs to go further and dig into how we provide oversight to this and any of our public works projects to insure we get the best bang for our buck.

A community that doesn’t guard the resources which have been provided to them by the taxpayers to carry out projects such as this are as guilty as the contractors that swoop in and provide the community with projects that are poorly done and fail to meet the industry standards. One has to ask where the oversight was during these years, and why wasn’t the contractor’s feet held to the fire?

This isn’t just a phenomenon that is concentrated on the island. You don’t have to go very far across the Jolly Bridge to experience the problems that exist on State Route 951 to experience a “roller coaster” ride of amusement park comparisons.

Hopefully council will get the assurances and guarantees which will provide the community a smoother ride around the island, after they have digested more facts and data to make an educated decision.